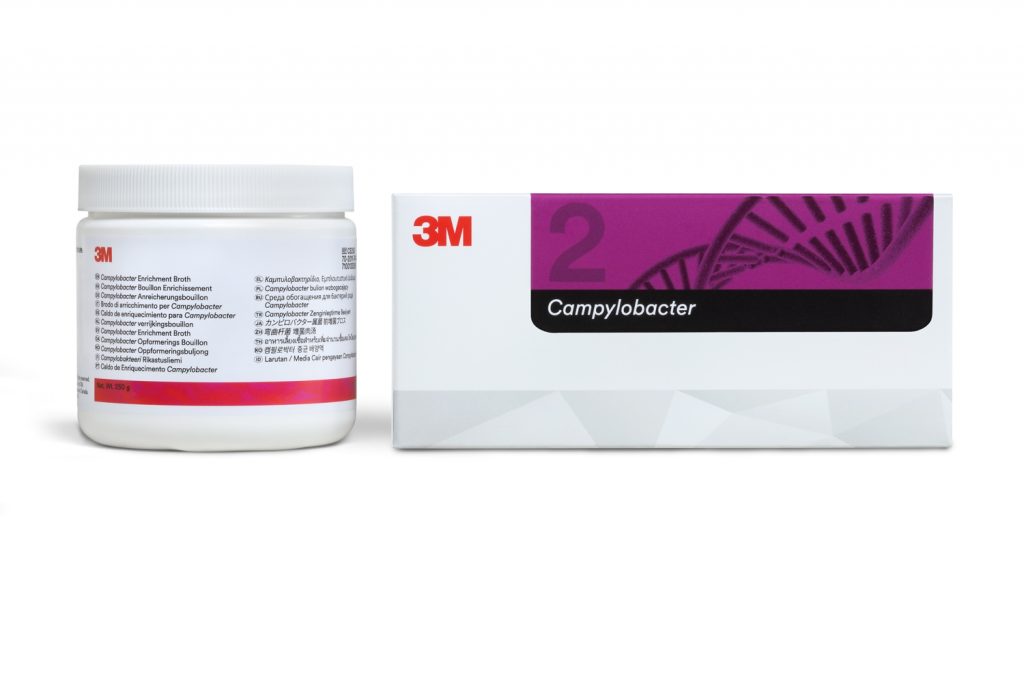 According to the Centers for Disease Control and Prevention, Campylobacter causes an estimated 1.3 million illnesses each year in the U.S. 3M’s new assay and simplified enrichment broth helps customers safeguard against this pathogen while increasing laboratory productivity.

The testing process is significantly faster than alternatives like PCR, immunoassay and culture methods, and having a streamlined protocol for Campylobacter and Salmonella means the system is able to perform up to 96 tests of multiple types in one 60-minute run.

“We are providing the poultry industry with a complete solution that is simplified to achieve fast, highly accurate results,” said Christopher Somero, 3M food safety marketing manager for new products. “While this product was developed to give our customers an easier workflow, an additional benefit is increased protection of their products and brands from the threat of this pathogen.”

Unlike traditional Campylobacter enrichment protocols that can take 11 or more steps, the 3M Campylobacter Enrichment Broth requires only five steps. This frees up poultry testing labs to keep their focus on what matters most.

The award-winning 3M Molecular Detection System platform is used by food processors, universities, governments and contract testing laboratories in more than 40 countries. It is powered by a combination of advanced technologies—isothermal DNA amplification and bioluminescence detection—to provide a pathogen testing solution that is fast, accurate, easy to use and affordable.

The new assay for Campylobacter joins, and can be run concurrently with, molecular tests already offered by 3M for Salmonella, E. coli O157 (including H7), Cronobacter, Listeria and Listeria monocytogenes.