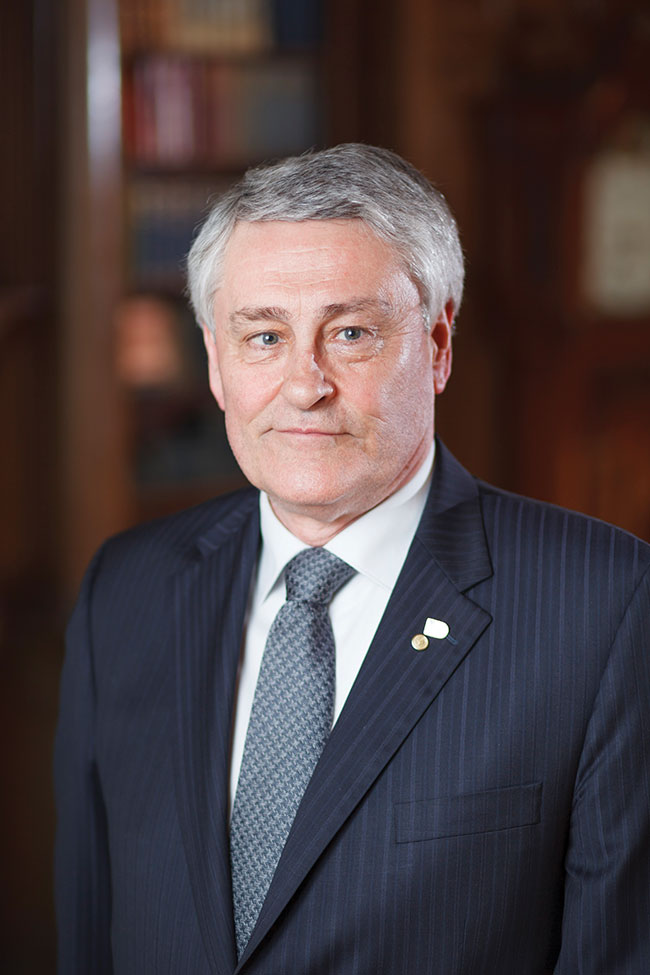 Robin Horel was president and CEO of the Canadian Poultry and Egg Processors Council for 16 years.

Robin Horel grew up in Saskatoon and was introduced to Canada’s poultry industry in an unexpected way. Among other positions, he has just finished 16 years as president and CEO of the Canadian Poultry and Egg Processors Council (CPEPC).

We asked him five questions.

How did you get into the poultry industry?
I had planned to be a teacher. But, in second year university I quit to travel in Europe. When I got back, I got a job at Canada Packers Poultry, working in the plant and driving a truck. Awhile later I took an office job there, followed by a temporary stint as a salesman before going back to school. It turned out I liked sales. I was promoted to sales manager and then general manager by the time I was 30. I spent 27 years with the firm (which eventually became Maple Leaf Foods) and for the last six I represented Maple Leaf on the CPEPC board. In 2003, I became CPEPC’s fourth president and CEO.

What are your proudest career achievements?
Being selected as president and CEO of CPEPC. It was a great job and a real privilege to represent the sector to government and industry both domestically and abroad. I’m proud of the way my part of the industry pulled together, notwithstanding that CPEPC members are competitors, to supply product from eastern Canada to B.C. in 2004 in response to the avian influenza crisis. I’m also proud of my members for working to declare food safety and animal welfare pre-competitive, and that Canada (and CPEPC) is a founding member of the International Poultry Council (IPC). The CPEPC board has enabled me to continue to represent Canada at IPC for a while post-retirement, which allowed me to be elected the new IPC president.

What are your thoughts on the state of the poultry industry?
It is easy to get overwhelmed by our detractors. We have to keep telling our story, the good news regarding animal welfare and environmental impact and that poultry is a healthy, affordable and sustainable protein. Despite various sources of opposition, our industry continues to grow. This is particularly true for eggs and chicken, but even turkey (when measured against total meat consumption, which is decreasing) is holding its own.

What advice do you offer your successor?
I’ve worked with Jean-Michel Laurin for the last few months of transition, and he likely got tired of all my advice. But overall, I encourage him to stay close to our members. They understand the business, the issues and what is most important to concentrate on.

What are some of your retirement plans?
We are scheduled to go to Maui for a month early in 2020. I have never been able to take more than two weeks’ vacation in a row before. It will be great to escape the cold and snow for a while, but I will miss a bunch of curling games. My wife and I will also travel to Bordeaux, France in April for the IPC Conference.