What the Canadian poultry industry can learn from the ongoing saga stateside. 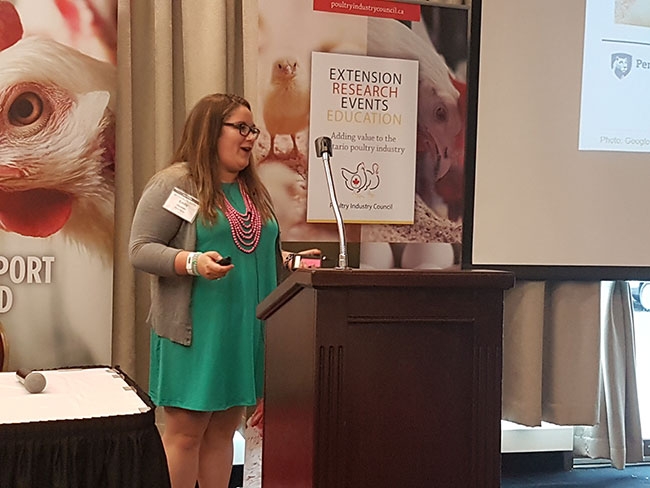 According to the U.S. Department of Agriculture (USDA), a total of 50.4 million birds were affected by highly pathogenic avian influenza (HPAI) in the U.S. in 2015. It was significantly less in 2016 – only 43,000 – but the disease has not gone away. This year, AI has continued to rear its ugly head several times.

In early January, one hunter-harvested duck tested positive in Montana with a strain that appeared to match one of those involved in the major 2014/2015 outbreaks (but USDA Wildlife Services routine surveillance did not uncover any other cases). In early March, the USDA confirmed H7 HPAI wild bird strain in a commercial broiler breeder flock in Tennessee.

In May, low-pathogenic (LPAI) H5 was detected on a turkey farm in Wisconsin. On August 30th, the presence of HPAI H5N2 was detected in a wild duck in Alaska, the same strain that caused enormous losses in the U.S. poultry industry in spring 2015.

“We’re not out of the woods yet,” says Emily Lhamon, an avian health extension educator at Penn State University in Lewistown, Penn.

Lhamon recently presented at the Poultry Industry Council’s Health Day about the U.S. AI experience, and she expands here on key lessons the industry stateside has learned.

1. Biosecurity works
In 2014/2015, an immediate increase in biosecurity protocols (including pulling free-range and backyard birds inside buildings) prevented disease from becoming much more widespread in later 2015 and 2016 (and prohibitions placed on swaps, sales and poultry shows in many states also helped). Breaks in biosecurity were shown to result in small outbreaks of some strains. “Designated footwear and clothing is still the easiest and most important protocol,” the educator notes. “For commercial folks, that means utilizing a separate set of boots per house or disinfectant footbaths for the growers. Sales and service people need to use disposable booties and coveralls for each house. For backyard folks, it can be as simple as having a set of barn clothes and shoes.”

She adds that “we also don’t recommend going out to parks, ponds and rivers where wild waterfowl hang out if you have poultry at home. If you do, at least change clothes and shoes before working with your own birds.

“Sharing of equipment can also be a vector. Making sure lawn tractors, skid loaders and other equipment is thoroughly cleaned and disinfected before someone borrows it and before it is returned.”

2. But biosecurity is not enough
“The outbreak on the broiler breeder facility in Tennessee in March this year was significant, as we typically consider these facilities to be the gold standard for biosecurity,” Lhamon explains. “This suggests that biosecurity may not be enough.”

In terms of vaccines, there is no effective option commercially available as of yet. Viruses that cause AI rapidly change and mutate, so it’s hard to derive a vaccine and mass-produce it in a timely manner.

3. Backyard flocks are at risk
There has been an increase in requests for National Poultry Improvement Plan (NPIP) certification across the country. NPIP is a national program initiated by state and federal departments of agriculture in partnership with industry in the 1930s to test for several diseases and provide certification that poultry and poultry products to be shipped within and outside the U.S. are disease-free. In addition, some poultry shows are requiring that potential exhibitors prove their birds are 30 days AI-free. “I think the backyard folks are more aware than they are given credit for,” Lhamon adds. “They may not have millions of dollars invested in their flocks, but they do have an incredible amount of time and care that would go to waste if their flock were to break with disease.”

4. Waterfowl must be managed
Lhamon notes that in most wild waterfowl flocks, LPAI or non-H5/H7 HPAI strains are almost endemic. Many producers over the past two years have started to critically evaluate their ponds and surface water usage, and even more began taking measures to kill waterfowl in season in the vicinity of their flocks. But Lhamon notes “the things growers have been doing for years, like using pond surface water, are now against protocol. Folks have to get creative and invest some money to circumvent disease vectors by doing things such as digging wells and hooking up to municipal water systems.” Sparrows and other nesting birds can serve as AI vectors as well, so preventing any and all birds near the chicken houses should be a priority, as should be controlling other possible vectors such as rodents, snakes and others.

5. Consumer perception of chicken took a hit
Despite no proven human health risk from North American AI strains, some consumers still feel that poultry is not safe to eat. “I can’t tell you how many friends I had to correct on Facebook this year for saying ‘Guess we can’t eat chicken anymore,’ ” Lhamon notes. “It’s a by-product of the incredible distrust of the food system, U.S. government and media.” However, while consumption of chicken dropped slightly following the big outbreaks, Lhamon says it has picked back up and will continue to climb.

6. There are gaps in response and support
It’s become apparent, says Lhamon, that some states do not have the network of laboratories equipped to deal with the long hours and immense sample testing that is required during a widespread outbreak, or in some cases, even a marginal AI threat. These states don’t have as much poultry production as other states, and therefore don’t have the economic incentive to create more labs. While it’s positive that most states are willing to help others, gaps in lab availability could be an issue during future outbreaks.

Lhamon also sees a gap in support for front-line staff. “I think we’re doing great on the educational aspect of depopulation. States across the country have invested in training their companies in proper techniques and machine operations. Financially, the USDA will indemnify flocks that have an approved biosecurity plan. Penn State Extension has a template for that plan that can help growers and managers wrap their heads around every small detail that goes into planning for a catastrophic disease event.”

But other supports are missing. “I have a friend who was called in to help depopulate one of the first outbreaks in Tennessee,” Lhamon explains. “I know the job took an emotional toll on him. As a service technician for a broiler operation, he sees mortality in chickens every day. However, on a massive scale, it’s an incredible weight that we are asking our growers, their families and those who help manage and service to bear. I would like to see the USDA work with these farm families and company representatives after the trucks pull away. Financial compensation and medical check-ins are great, but making sure that poultry producers really are fine is important to me. The stress of losing your livelihood, having to watch it happen and then regrouping and starting again – it all needs to be discussed.”

Helpful information for producers
Here are some AI resources from Penn State University.

What is highly pathogenic avian influenza (HPAI)?
This video explains both the causes of avian influenza and associated concerns.
extension.psu.edu/what-is-highly-pathogenic-avian-influenza

Creating a farm plan for HPAI
This article outlines critical steps farms should take to be prepared for an HPAI outbreak and includes a video on how to create a flock plan.
extension.psu.edu/creating-a-farm-plan-for-highly-pathogenic-avian-influenza