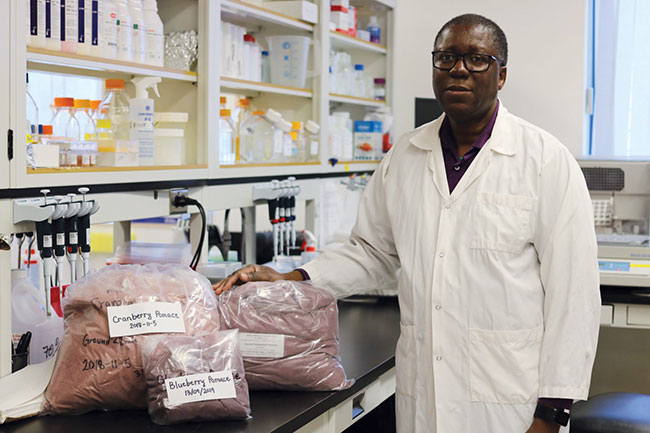 An antibiotic resistant gene has been discovered in a strain of Salmonella – but berries might hold the key to a natural solution.

The new gene was found in the bacterium Salmonella enterica Heidelberg, which causes human illness and is also one of the mostly commonly isolated serotypes of Salmonella in North American poultry production. The discovery was made by an Agriculture and Agri-Food Canada research team led by Moussa Diarra at the Guelph Research and Development Centre.

The newly found gene can dramatically increase Salmonella’s resistance to fosfomycin, a broad-spectrum antibiotic often used to treat urinary tract infections in humans that are resistant to other antibiotics.

There’s hope for a solution, though, from the fruit industry in the form of certain berry crops.

Diarra’s team is working with berry wastes – specifically pomace, which is what’s left over after juice extraction – that show potential to control antibiotic resistant bacteria to create products that could be used in poultry production to boost bird immunity and productivity. His work to date has focused on broiler production.

There are approximately 2,800 chicken farmers in Canada, with Ontario and Quebec accounting for more than half of national chicken production.

He first began working on development of a berry product against pathogenic bacteria in livestock production from cranberry juice in 2005, with funding support from Canada’s cranberry sector.

“We knew cranberry can be used to prevent urinary tract infections caused by E. coli and that cranberries have other health benefits like antioxidants,” Diarra explains. “We quickly realized that it would be difficult to develop juice in animal production, but we discovered that there are a lot of beneficial compounds in the pomace, so we could use that instead of juice.”

They also found that wild blueberry is an excellent source of pomace and they’re currently also working with grape pomace left over from wine making. 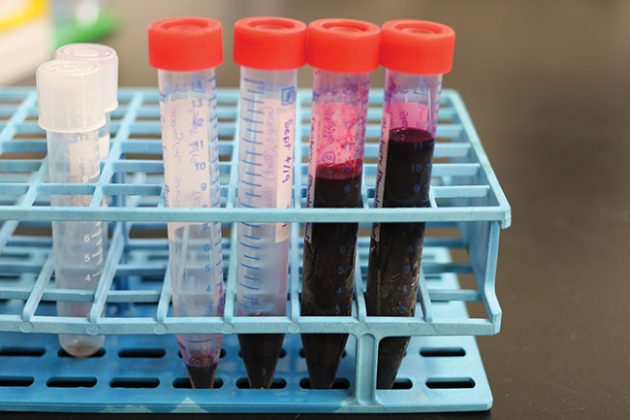 Diarra’s team is now working with berry wastes to create products that could be used to boost bird immunity and productivity.

The pomace is processed in a way that preserves its components. After drying and grinding, it is mixed into broiler feed as a supplement. An on-farm trial supported with funding from the national organic research cluster is currently underway on an organic farm in B.C., and additional, larger trials are planned.

An experimental study certificate approved by Health Canada permits the product to be used in a commercial production environment and with birds approved for human consumption.

The limiting factor to expanding the on-farm trials is availability of the pomace.

“We have other farms who would like to work with us, but we don’t have the capacity to produce large amounts of pomace,” Diarra says, adding the maximum capacity of their lab-scale production currently is 3,000 birds.

The existing processing method was kept simple by design. A related project involves trying to develop additional, different processing methods that might be more economical without impacting the best composition of the product.

Final Health Canada approvals will be needed to make it more widely available for farmers, but according to Diarra, the gut health, immune-response and performance studies that could be needed to support a regulatory application are already complete.

Research shows the product, developed for organic production, works to both fight bacteria and promote beneficial gut health. The next step is finding an industry partner who can help move it into commercialization. Diarra says he’d be happy to work with a partner through that process.

“This has the potential to be developed and we have the potential to grow a lot more berries,” he believes. “My dream is to grow berries for this type of application like growing corn for ethanol.”

AAFC supported the research under the second national organic cluster, and renewed its funding under the third cluster, which will run until March 2023.