Picking what is best 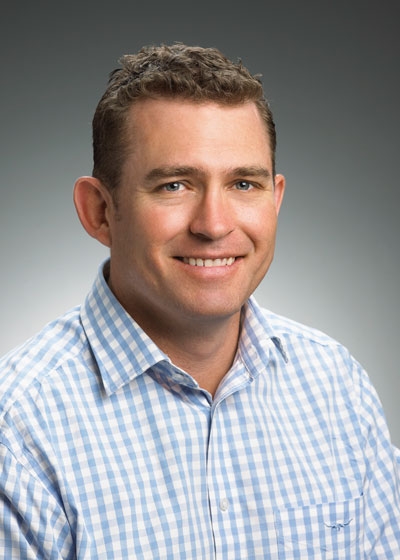 Identifying traits Dr. Ben Wood, a geneticist with Hybrid Turkeys, says that carefully selecting genetic traits can help get the most out of each individual bird for the producer.

Although proper farming and biosecurity practices are extremely important, one factor that plays a significant role throughout the turkey’s development cycle often gets overlooked – its genetics.

Dr. Ben Wood, a geneticist with Hybrid Turkeys who spoke about turkey genetics at the Poultry Industry Council’s Spring Symposium on May 8, 2012, says that one of the most important aspects of turkey production is carefully selecting genetic traits to get the most out of each individual bird for the producer. But, it is more complicated than simply breeding two good-looking turkeys together.

Although selecting for increasing resistance to deadly pathogens, such as Salmonella or Campylobacter, may sound like an easy choice, Wood says that which traits are selected is ultimately decided by economics, and traits such as breast meat yield, finishing weight and overall meat yield are more economically important in comparison to overall mortality.

“We have to balance what we are selecting for,” he says. “It is quite easy and possible to select for health traits, but the economic return isn’t there. You could select for a lot of resistance, but you will have to give up selecting some other traits.”

By selecting for health traits, Wood explained that other commercial traits (such as meat yield) would not be able to respond as strongly to selection pressure, which would make them less desirable for farmers to grow.
“Producers will need to make a decision on what they are willing to sacrifice for specific traits.”

Every trait has a specific heritability (or ability to be managed by artificial selection), which is determined by evaluating the interaction between the genetics of the individual and those of the environment. Although some traits, such as varus/valgus deformity and leg strength, have a very high heritability (between 30 and 40 per cent), overall survival is much lower, at about 10 per cent. That means that survival is much more influenced by environment factors than by leg strength.

“Survival is difficult to manage because of the low heritability, but it is fairly easy to measure, as what you are measuring is ‘did a bird live to or die at a certain age’ – so the cost of measuring that trait is pretty cheap,” Wood says. “But, if you are talking about a trait like varus/valgus of the legs, it is pretty easy to see, manage and measure. It is also highly heritable, so you can get a change in it pretty quickly.”

The procedure gets more complicated with a metabolic disorder such as TD (tibial chondrodysplasia), which requires X-rays and much more invasive methods than noting a turkey’s gait. So, although its heritability is high, it is more difficult to change because of increased manpower and monetary demands.

It comes down to a cost-benefit debate on how much demand there is to change a specific trait and how much money is available to fund such a change.

A perfect example of this is the research to help birds resist pathogens, which Wood says is extremely difficult because of biosecurity concerns once birds are infected. Because those birds would need to be quarantined as a control group, multiple farms with blood relatives of the control flock would need to be utilized and the resulting experiment would be extremely expensive.

Wood adds that university research (not under commercial conditions) has shown that specific resistance can be heritable, but it would be extremely difficult to scale up commercially.

Therefore, it would be better to select for innate immunity, he says, which is the first line of defence against all pathogens.

Data has shown that there is a genetic difference between pure line flocks, but further research is needed before changes in breeds are made.

Another research area that is showing promise is layer behaviour, which has a significant genetic component. By using a social interaction model, each bird’s reproductive potential is based on its own laying performance and those of its group, or cage mates. The “performance” of the groups was measured by looking at their laying ability and mortality due to pecking (the behaviour researchers were trying to reduce).

“If a single bird’s performance wasn’t that great, but its group mates did well, that meant that it was probably treating its group mates well by not pecking,” Wood explained. In effect, if one bird’s overall laying performance was sub-par, but the overall mortality from pecking in that group was decreased compared to the control, then the breeding value of all the individuals in that group/cage was higher.

However, the reverse can also be true, where one bird does well but the overall group does poorly, with the result being that the overall breeding value for that group would decrease. Therefore, if both groups were compared over successive generations, a change should appear in their genetics for a decrease in pecking that breeders would then be able to select for or against.

The next step of this research, according to Wood, will be a focus on Genome-wide Association Studies (GWAS), which can provide cheaper case-control studies on everything from survivability to pathogen resistance by taking a closer look at precise DNA changes.

This is done by taking blood samples from a selection of birds, both control and experimental, and comparing observations with areas of their DNA known as single nucleotide polymorphisms or SNPs (pronounced “snips”). This results when a single DNA nucleotide changes between related individuals, representing, hopefully, a genetic change in a specific trait; thus, this information could have profound effects on breeding programs.

“You’re relying on initial observations to find out the differences at the DNA level, but then you can go back and look into any population at all and either select for or against it,” says Wood.

“The next thing is looking at genomic selection and selecting against certain syndromes, as well as behaviours.”