How the cage-free situation in Canada and the U.S. illustrates the grave importance of regaining public trust in agriculture. 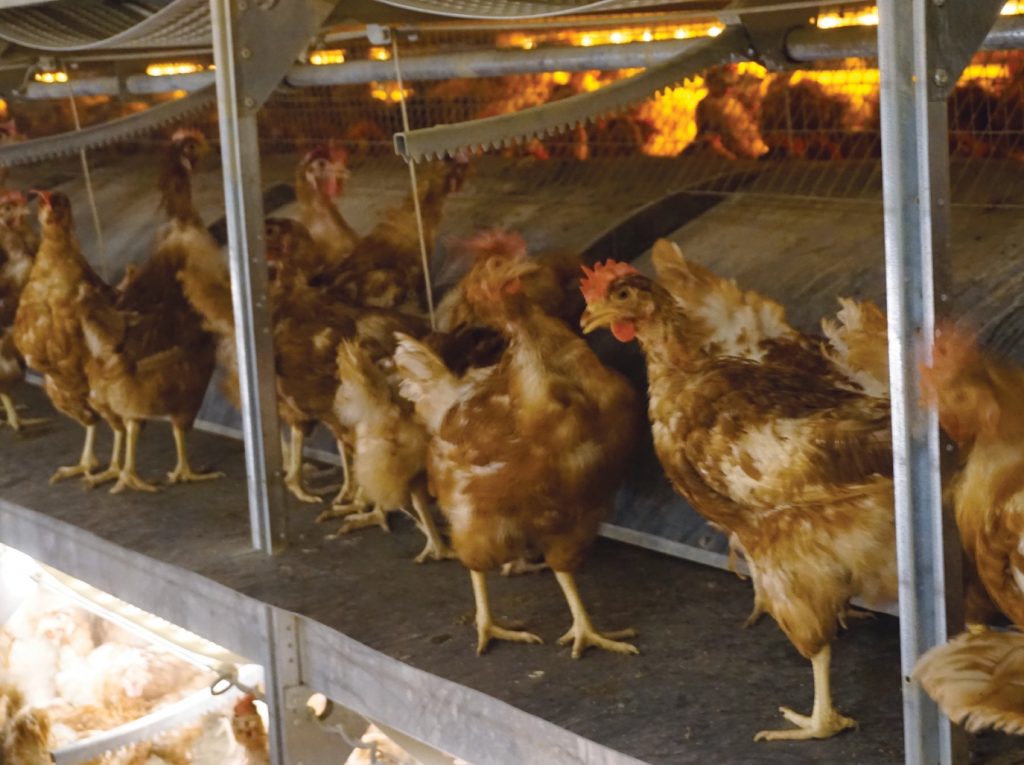 The swell of demand from North America’s largest food companies for cage-free eggs is a stunning example of why public trust in our country’s food system matters.

The swell of demand from North America’s largest food companies for cage-free eggs is a stunning example of why public trust in our country’s food system matters.

The huge number of cage-free commitments from food makers, retailers and restaurants in Canada and the U.S. stems from how these companies perceive overall consumer opinions on hen housing – the fact that consumers do not trust that farmers know best with regard to housing systems that provides the best life for hens.

While these North American food companies (see sidebar) are no doubt being influenced by cage-free commitments already made by their subsidiaries or peers in Australia, the UK and the EU, their promises to only source cage-free eggs in these other parts of the world are again based on consumer perception, largely influenced by animal activist groups.

The united cage-free front of North American food makers, restaurants and retailers suggests that cage-free housing is inevitable in both Canada and the U.S. There are simply no major egg buyers who want anything else. “This is a done issue in the U.S.,” says Josh Balk, senior director for food policy at the Humane Society of the United States. “I can’t see the Canadian scenario being any different.”

However, whether egg farmers in either country will be able to meet the deadlines  is far from certain.

Eggs Farmers of Canada (EFC) has currently committed to reaching 50 per cent cage-free production within eight years (2024), 85 per cent within 15 years and to have all hens “in enriched housing, free-run, aviary or free-range by 2036, assuming the current market conditions prevail.” This does not line up with North American food industry timelines of sourcing only cage-free eggs by 2025 or sooner. For example, Retail Council of Canada members such as Loblaw and Wal-Mart have committed to 2025, and David Wilkes, Retail Council senior vice-president of government relations and grocery division, says they “will continue to work with producers and processors to transition to this housing environment.”

Burnbrae, sole egg supplier of McDonald’s Canada, is switching all its production for that customer to cage-free to meet the restaurant chain’s 2025 deadline. In the U.S., Rose Acre Farms and Rembrandt Farms, the country’s second and third largest egg producers, are already converting to cage-free barns.

A&W Canada currently stands alone among North American food industry companies in its support of enriched housing. The fast food company says it “has worked very hard to have our eggs come from hens that live in enriched cages,” and that it “will continue to serve eggs from enriched housing while we work towards better cage-free housing.” The chain recognizes that Canadians want their eggs to come from hens housed outside of cages, but adds that “there are currently no viable commercial cage-free housing options that meet our strict standards.” To that end, in March 2016 A&W announced it wants to work with Canadian charity Farm & Food Care to bring egg industry partners, retail and food service from across Canada together with the U.S. Center for Food Integrity’s Coalition for a Sustainable Egg Supply to discuss all issues impacting sustainable eggs (including food safety, environment, hen health, worker health and safety and food affordability), and determine areas that the Canadian egg sector feels funding would be best spent. A&W has offered a grant of $100,000 to further this research. For it’s part, EFC recognizes research that shows each production system comes with trade-offs. We asked EFC about the fact that for any Canadian egg farm to convert to enriched cages and keep the same production level, new barn(s) will likely have to be constructed because the same number of birds cannot be housed in enriched cages in a given barn as were housed in battery cages. Does EFC see this as a particular challenge for Canadian egg farmers in terms of costs and the land required? “There are many factors a farmer needs to consider when evaluating the realities of transitioning an operation,” EFC states. “What’s important to keep in mind is that every farm is different (e.g. size, location, etc.) and until farmers start working through the implications of their transition—carefully considering his/her requirements—any estimation of cost is speculative.”

While EFC is currently looking into the financial implications of various alternative housing systems, we asked also if cage-free barns are less expensive than enriched cages, taking into account the possible requirement for new barn(s). “The decision to retool an existing barn or build a new barn is an important component of each farm’s individual transition plan,” EFC states. “Shifting to a new production system with different space requirements can impact the overall size of the flock. Typically, alternative housing systems have a larger building footprint and do not contain as many birds and conventional housing systems.”

Cost is a concern for the United Egg Producers, which represents those producing almost 90 per cent of American eggs, and for the National Association of Egg Farmers (NAEF), which represents about one per cent of U.S. production. NAEF is against mandated cage-free production for other reasons as well, including increased egg prices, increased mortality due to cannibalism and other factors, increased pecking injuries, higher risk of contamination due to prolonged exposure of eggs to litter and manure in nest boxes or on the barn floor, high dust levels and ergonomic challenges in egg collection.

Canada’s National Farm Animal Care Council (NFACC) released the draft version of the Code of Practice for the Care and Handling of Layers for public comment in June. The draft does not promote any type of housing over any other, but does include new recommendations for roomier cages.

In the end however, any attempt to convince the North American foodservice industry of the merits of any other type of housing except free-run/cage-free may be a lost cause. Marion Gross, senior supply chain management vice president at McDonald’s USA, may have summed it up best in her statement in January 2016 in the Chicago Tribune: “Enriched [housing] doesn’t mean anything to our customers, but they know what cage-free means.”