Good biosecurity practices and a thorough preparedness plan are vital to curbing the spread of AI. 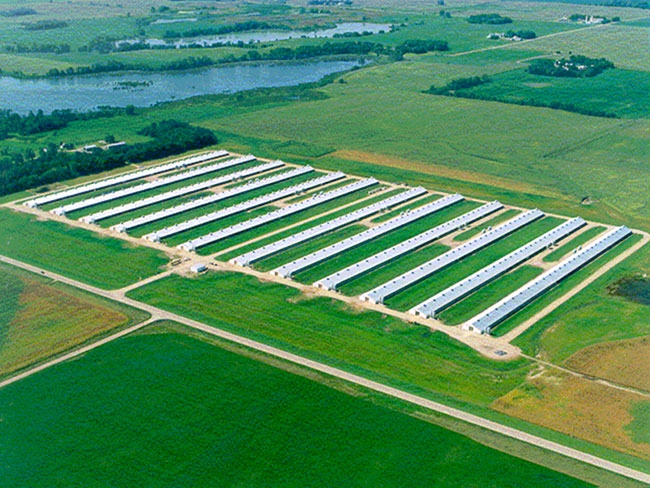 Kevin Weeden was raised on a turkey farm just outside of New Hamburg, Ont. Back in the ‘60s, he remembers seeing the Hybrid turkey crews arrive and change their boots and clothing. Eventually he became Hybrid’s vice-president of sales and marketing, a position he held until 1995. And that, he said, gives him confidence when stating Hybrid is the best in the world at biosecurity.

When you go to a Hybrid farm today you will go through Danish entry systems and shower through each and every barn, Weeden explained. But even with that level of biosecurity, they broke with avian influenza (AI) in 2015. Now Weeden, owner of Weeden Environments, a company that supplies barn management consulting and systems across North America, acknowledges AI isn’t going away.

“We have to be prepared,” he told the Building Better Biosecurity Communities Forum in Guelph, Ont., hosted by the Be Seen Be Safe biosecurity initiative. “We have to have a culture of biosecurity.”

That doesn’t mean just doing biosecurity for a little while and then getting lax.

In December 2015, AI hit on the west coast of the United States, with isolated cases following through January 2016. By March of that year, the disease had hit the breadbasket of the central U.S., including Minnesota (the leading turkey producing state) and Iowa (the number 1 egg producing state). The outbreak made the cover of Time Magazine in April 2016. It was the largest outbreak in U.S. history, hitting domestic birds at 223 farms in 15 states.

“Clearly it was a big deal,” Weeden said.

During his talk, Weeden took a look back at that devastating AI outbreak. Through his lifelong connections in the turkey industry, he was able to put together something of a biosecurity post-mortem of the event.

In Iowa, there was a cold winter followed by a late spring. Wild birds were left migrating at the same time farmers were working the land, in high winds and in extremely dry conditions. As Weeden explained, it was the perfect storm for the spread of AI.

While AI itself isn’t new, a unique conversation came up regarding aerosol transmission of the disease. One turkey breeder explained he could clearly see that the virus had entered the intake side of his barn, spread by wind.

For an operation downwind of an infected turkey farm, infection was four times more likely, with 50 mile per hour winds resulting in a 15-kilometre spread. Weeden said this idea of a virus travelling with the wind started as a rumour but ended up as a reality.

Time to depopulation was also a huge issue. At the first 40 sites, depopulation took five to 10 days – way too long, as far as Weeden is concerned. In April 2016, in five days alone there were 31 outbreaks within a 100-mile radius. Imagine having to deal with 150 farms all having to be depopulated in one month. At some of the big layer farms in Iowa, depopulation took 22 days – and all the while millions of AI-positive chickens remained ripe to spread disease, aided by people and rodents.

One processor representative said, looking back, they’d want to push the government back as far as they could. They noted the government got in the way, as many new people were coming in to new jobs in all kinds of new hierarchies, while the farm just wanted to get the birds put down and get the job done. Of the 1,800 people employed by the United States Department of Agriculture’s Animal and Plant Health Inspection Service (APHIS), 520 were new to the job. Just imagine that circus, Weeden said.

It wasn’t just the birds that were affected; the disease affects the whole community. Imagine you’re the farmer: what would it be like to have the first sick flock, knowing that your flock may infect your neighbours’ flocks? What if your birds didn’t get sick but you were surrounded by neighbours who lost their flocks? Weeden reported 8,500 lost jobs in Iowa alone. To help people in the industry cope, the Iowa Turkey Federation put together a flyer on farm stress and had over 200 people call a hotline for mental, financial, and legal help.

As a director of the Poultry Industry Council for six years, Weeden had been talking about biosecurity for years, but even he found it “shocking how poor we are at it” on all three fronts: individual barn, farm, and regional levels.

Did industry have a foreign animal disease (FAD) plan? “We thought we did but we didn’t,” Weeden said. “We had no idea it would be as bad as it was.”

As an example of farm-level planning, he showed a photo of 12 barns located in Minnesota, each measuring 1,200 feet long and 72,000 square feet in total. The operation would house 250,000 heavy tom turkeys at any given time which, at three cycles per year, he added up to be 30 million pounds of turkey per year. The barns were built beside lakes, which attract wild birds. That farm was depopulated and couldn’t be repopulated for 90 days – an absolute disaster just waiting to happen, Weeden said.

Let’s not forget about people, who Weeden identified as the number 1 risk factor for the spread of disease. At one six milion bird layer farm in Iowa, 150 of the 450 people who worked there had connections to other infected sites and most of them didn’t know people could spread the virus. These are the same people who line up at Tim Horton’s with manure on their boots, share vehicles and take supplies straight into the barns.

Weeden was also shocked when reports surfaced that one-third of turkey farms had wild birds in the barns. “That’s crazy,” he said. “We cannot have wild birds inside our facilities.”

Be prepared
Developing a preparedness plan begins with minimizing introduction of the virus, minimizing spread through early detection and depopulation within 24 hours. We need farm biosecurity audits and premises ID, Weeden said. We also need greater resources in terms of people and money. Response has to be quick and efficient and we have to have timely information.

He also suggested restricting workers to one barn only, cleaning the tires of all vehicles and installing Danish entry stations (so called because the idea was borrowed from swine farms in Denmark) where you sit on a bench, take off your boots, and swing your legs over to the barn side, at every entrance room in every poultry barn.

In January 2016, highly pathogenic AI (HPAI) was detected in a turkey farm in southern Indiana. Weeden’s first thought was: “We’re screwed.” The farm was within 10 kilometres of 65 commercial operations, turkeys and layers, 100 backyard flocks, and two feed mills. “Here we go,” Weeden thought, but the disease spread he feared never happened. Farm owners got permission to use immediate ventilation shutdown and they did so within 24 hours. The result? No more breaks.

So, did having a plan make the difference in southern Indiana? Weeden explained that virus was a different strain from the H5N2 of the previous year. This was the first instance of HPAI H7N8 virus detection in poultry with low pathogenic AI (LPAI) reported in eight nearby turkey flocks. Cold weather was another possible factor, but Weeden credits having a plan in place. “I sure hope this is an example of what can be done when we’re prepared.”

The moral, he added, is, “prepare, prepare and prepare again. We just weren’t ready.”