Features Producers Profiles
A Giant in Agriculture and Poultry 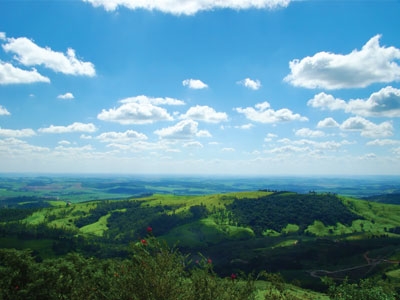 Brazil is the third largest agricultural exporter in the world, and its broiler industry exported 4.1 million tonnes of chicken to 150 countries in 2011, with a total worth of $8.85 billion US.

With an area of 8.5 million square kilometres, Brazil is the fifth largest country in the world, with a population of 196 million that is growing at a rate of 1.6 per cent per year. It is the third largest agricultural exporter in the world, after the United States and the European Union, and agriculture accounts for 6.1 per cent of its GDP, rising to approximately 25 per cent when all aspects of agri-business are included. However, in 2012, Brazil ranks first for soybean production at 81 million tonnes, compared with the United States at 73 million.1

The poultry industry has evolved over the past 50 years into one of the world’s great success stories, with a modern broiler industry supported by massive resources for the production of feed ingredients, primarily corn and soybeans, and processing and marketing of end products. In 2011, the broiler industry exported 4.1 million tonnes of chicken to 150 countries, with a total worth of $8.85 billion US. The industry also accounted for 3.5 million direct and indirect jobs.

But exports are not the only avenue that the industry has expanded, as domestic consumption stands at 47 kilograms/capita, slightly higher than current U.S. consumption.

Rabobank, which specializes in agricultural financing, has recently predicted that by 2030 world demand for meat will rise by 44 per cent to 400 million tonnes annually, and that the largest portion of this expansion will be from poultry meat, which is expected to account for 39 per cent of world meat consumption. They quote World Bank data indicating feed, water and time required to produce one kilogram of meat in the chart below.

Recently, the egg industry has begun to grow and now involves a significant export business.

The broiler industry in Brazil has expanded from practically zero in 1960 to producing more than 13 million tonnes in 2011. In 1989, 1.5 billion broiler chicks were placed and in 2009, that number expanded to 6.5 billion. This development was based on an integrated system led by agri-businesses in the feed and processing sector, with co-operating growers surrounding each processing plant. The industry is concentrated in the south and mid-west of the country, in the states of Rio Grande do Sul, Santa Catarina, Sao Paulo and Mato Grosso do Sul. Data shows that, compared with broiler production in the U.K., for example, Brazilian industry uses 25 per cent less energy, and produces 17 per cent less greenhouse gas emissions.

Another advantage enjoyed by the Brazilian poultry industries is the relatively low cost of labour. According to Gordon Butland of G&S Agriconsultants, speaking at the recent World’s Poultry Congress, average personnel cost in Brazil is $500 US/month, United States $2,000, Thailand (another major broiler producer) $300 and Poland, $920. This, combined with comparatively low domestic feed grain prices, gives the country a competitive edge.

The first overseas shipment took place in 1976. Since exports became a major factor in expansion, the industry has had to meet international standards of quality, hygiene and, more recently, bird welfare.  All of the exporters now meet the health and welfare standards established by the World Animal Health Organization (OIE), and the U.N. Food and Agriculture Organization’s Codex Alimentarius. Since many exports go to countries in the Middle East, all processing plants shipping there can also work to halal standards.

Along the way, and again primarily to meet requirements of importing countries, the industry has become extremely conscious of its responsibility to protect the environment and to be seen as operating in a sustainable way. They are using novel ways to conserve and recycle water at many levels, as well as different ways to capture and recycle (or at least minimize the impact of) waste materials throughout the production and processing cycles.

Health monitoring is an important part of every commercial operation and Brazil boasts that there has never been a reported case of avian influenza (AI) within its borders. The industry is moving rapidly towards a “compartmentalization” system that would limit disruption in the event of an outbreak of disease such as AI. Four of Brazil’s major companies took part in a pilot project, currently under evaluation, that is expected to lead to government legislation setting up the system.

The Brazilian Poultry Association (UBABEF), of which all major producers are members, has established a set of criteria for quality, biosecurity and sustainability that, when met, permits the companies to use the organization’s seal of quality when marketing their products. Thirty-one broiler companies, and three egg-exporting companies, are listed as members of UBABEF in 2012.

The development of the egg industry as an active exporter is much more recent, and the volume is nowhere near as great as it is for broilers. Nevertheless, the egg industry enjoys the same natural advantages as the broiler industry: readily available feed ingredients, good climate, relatively low labour cost and a large domestic market. However, until recently, the domestic market suffered the same “boom-and-bust” cycles that plague industries elsewhere. Producing an undifferentiated “commodity” for an indifferent public was the rule. However, things have changed in recent years and Brazil has begun exporting both shell eggs and some liquid and dried egg products.

According to UBABEF, egg production in 2011 was 31.5 billion eggs (or 1.9 million tonnes), of which 16,600 tonnes was exported. Although this is a relatively small volume in terms of the total international trade in eggs, it will likely increase substantially in the short to medium term.