Piloting its way through the recessionary storm wasn’t easy for TFC, but the supply-management system, with the co-operation of its producers, made it possible 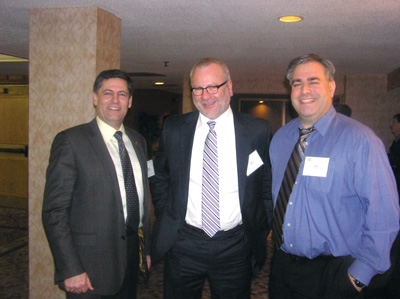 The overall Canadian economy is recovering and so is demand for turkey meat. Stock levels are coming down, opening the door for growth in the industry, and production is expected to be up this year.

Piloting its way through the recessionary storm wasn’t easy but the supply-management system, with the co-operation of its producers, made it possible.

“I think we probably saw the best supply-management can offer,” Davies said.

But, as always, there are other issues. Last summer and fall a media storm resurfaced. Much of the furor came from the “usual suspects” and was “ideologically based.” Some in the mainstream media and academia dislike supply management on principle and look for opportunities to attack.

Canada’s proposed joining of the Trans-Pacific Strategic Economic Partnership offered up such an opportunity.

Commentators speculated, backed by statements from New Zealand and Australia, that Canada would have to wind down supply-management if it wanted to join the trade group.

But the Government of Canada and the opposition parties remained firm in their support of supply-management.

He cited statements from the Prime Minister, the agriculture minister and the trade minister expressing their
support.

Prime Minister Harper said: “We can advance our interests while at the same time protecting our interests in those various sectors.”

Agriculture Minister Ritz said: “Show me an economic study where if the Dairy Farmers of Canada were disbanded or the poultry farmers were disbanded, that somehow that would benefit consumers. Show me where that would flow through to consumers. I don’t see that.” And Trade Minister Ed Fast said: “As we have done in every trade negotiation, our government will seek to defend and promote Canada’s interest in every sector of the economy. This includes continuing to defend Canada’s system of supply-management.”

Turkey farmers and other supply-management groups are grateful for the support, but must continue to work with the government and not take their support for granted. “Any chance we get we have to nurture that support,” Davies said.

He also cautioned that the WTO talks towards a new trade deal may not be finished. Although the member countries can’t even agree on a process to go forward, the WTO may only be in “hibernation” and could awaken after the U.S. election. He reminded the farmers at the meeting that if the talks resume the starting point would likely be the last proposal put on the table and that proposal, if carried forward, would be destructive to supply-management. The WTO may no longer be a top-of-mind issue, but it hasn’t completely gone away.

TFO Update
Ingrid DeVisser, chair of Turkey Farmers of Ontario, also noted the turnaround for the industry. “We’re in much better shape as an industry than we were last year or the year before. We’re seeing some growth and I think we’ll see more growth,” she said.

To ensure the growth the TFO is continuing a generic marketing campaign unveiled in 2011. The “Ontario Turkey – Makes it Super” campaign is funded by Ontario’s turkey farmers and includes television, in-store marketing, a new recipe booklet and a new logo.

In addition to attending consumer trade shows and conducting a campaign in retail outlets the TFO reached out to consumers through both traditional median and new social media.

An electronic media kit was distributed to 200 in the lifestyle, food and trade media. The kit included recipes, meal ideas and images, turkey and health tips, and nutritional information, and promoted access to industry spokespeople.

The TFO also enhanced its presence in the social media with a Facebook page and a Twitter account. The TFO tweets with recipe ideas, nutritional information health tips and links to relevant articles.

Strategic Planning was another priority for 2011 that will continue into 2012 and it is anticipated the three-year plan will be in place this spring, DeVisser said.

Related
Weathering the Storm
The Back Page: November 2013
From the Editor: January 2013
Room for supply management within TPP
Editors’ Picks
Digital Edition