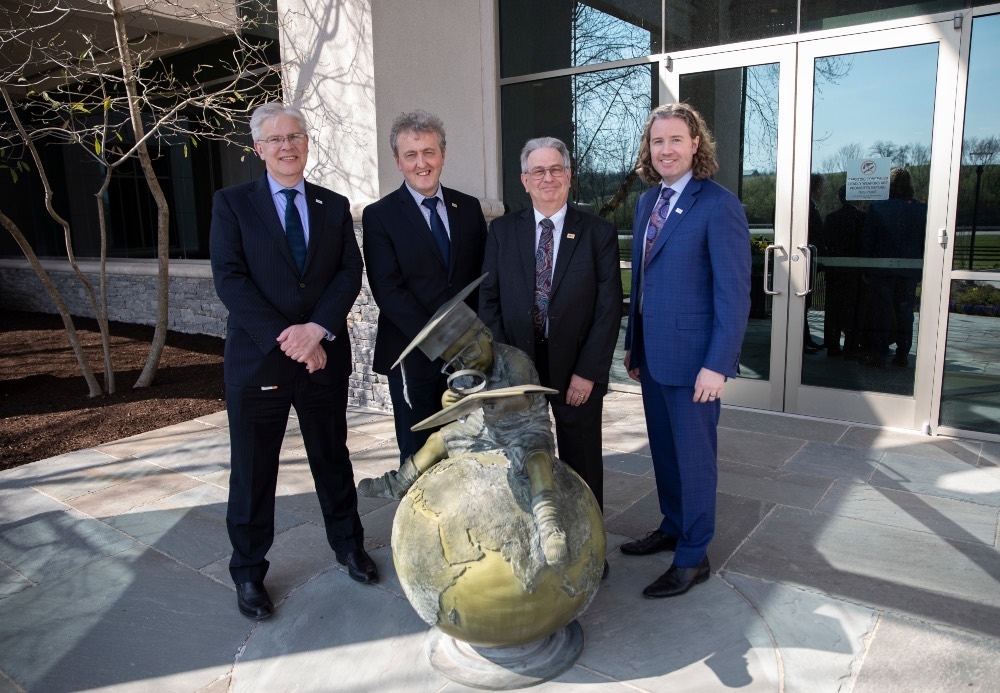 Alltech has appointed a new chief scientific officer to advance innovative research to improve the health and nutrition of animals, plants and people. Ronan Power has assumed the role following the retirement of Karl Dawson on June 28.

Power joined the Alltech team in 1991 as the European director of research and has been closely involved in the development of Alltech’s product portfolio, including its organic selenium, Sel-Plex. He most recently served as the vice president of Alltech Life Sciences, a division dedicated to researching gut and brain health in humans.

As chief scientific officer, Power will oversee more than 100 researchers worldwide, more than 20 research alliances spread over 12 countries, and four bioscience centers, located in the United States, China, the Netherlands and Ireland, where Richard Murphy leads the center’s activities.

“Recent acquisitions have broadened our ability to apply solutions to any point along the food supply chain and provide transformative innovation to customers,” said Mark Lyons, president and CEO of Alltech, in a press release.

“With Power at the helm of our research team, Alltech will advance into the next frontier, supporting producers as they overcome today’s challenges and work toward a Planet of Plenty.”

“Never before has the efficient use of our planet’s resources been more critical,” said Power. “Just as Alltech was founded on the ACE principle, which commits us to the benefit of animals, consumers and the environment, those elements will continue to guide our research. We will build upon the legacy of groundbreaking scientific discovery in the lab and in the field as we work toward a more sustainable future.”

Power says the speed at which technological advancements are occurring makes it difficult to determine the “next big thing,” but his team will prioritize the exploration of the biome and products that enhance energy metabolism in production animals.

“At this point in time, my feeling is that exploring the functions of the gut microbiome — and other biomes, including the reproductive tract — and developing products to modulate biome activity will be an active research mine for many years to come,” said Power.

Retiring after 20 years with Alltech, Dawson was introduced to the company in its early days as he developed a friendship with the late Pearse Lyons, founder of Alltech, in 1981.

“Dawson has played a pivotal role in establishing and maintaining Alltech’s position at the forefront of scientific discovery, first collaborating with my father and later joining Alltech full-time,” said Mark Lyons.

In recent years, Dawson has provided leadership for nutrigenomics research initiatives, which have led to strategic programs that use epigenetic switches to more effectively control nutrient utilization and improve animal health.

During Dawson’s time with the company, Alltech has fostered and supported the development of more than 200 graduate students at universities around the world. Dawson’s team has been responsible for revolutionizing many aspects of nutritional science, publishing more than 400 scientific papers and making over 600 presentations at international scientific meetings.

“It has been incredible to see the progression of nutrition technology over the last 40 years,” said Dawson. “I’m extremely proud of the changes we’ve made in how the industry thinks about the impact of nutrition. The next few years will catapult us into a new dawn in agriculture and technology, and I look forward to seeing Alltech continue to lead the way.”

Dawson’s partnership with Alltech will continue into his retirement, as he will chair the company’s scientific advisory board and help guide its core research areas.