Intense heat drove poultry disease challenges in 2021, a trend that experts say could be a harbinger of things to come. 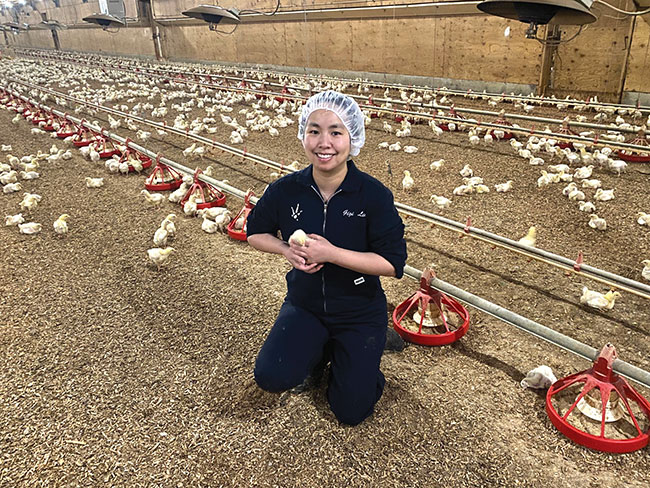 Like most years, this year’s Poultry Industry Services Workshop featured updates from veterinarians on the most common diseases they see in poultry commodities across Canada. What was different, though, was the impact of something that may well be a harbinger of things to come – extreme weather.

A heat dome hit Western Canada at the end of June that caused record-breaking temperatures across B.C. and the Prairie provinces. When combined with high relative humidity, some regions reported temperatures nearing 50°C.

“This was unprecedented and one of the most devastating events in my career,” said Dr. Gigi Lin of B.C.-based Canadian Poultry Consultants Ltd. “We saw severe losses in poultry in all commodities, a loss of one million birds and also spikes in cases of other diseases.”

Infectious laryngotracheitis and blackhead are examples of two diseases that have more severe outcomes in poultry when associated with extreme heat, she added.

“This is always an issue in raised without antibiotics and organic production but has been particularly elevated this past summer,” she said. “It was so hot and humid, so producers were running sprinklers and had a hard time ventilating the humidity out.”

According to Lin, more heat events are likely in the future, so it might be time for the industry to re-evaluate its current heat stress management strategies. Producers can be better prepared for extreme heat by adding tunnel ventilation, cooling pads, fans and misting systems, as well as having a plan in place for what to do when the heatwave actually hits.

That includes supplementing a multivitamin via water, restricting feeding between 3:00 and 7:00 pm when humidity is at its peak, ensuring adequate water supply and monitoring birds more frequently, Lin recommended.

Neither Lin nor Novy reported the emergence of any new diseases in Western or Eastern Canada this past year. And although there are some differences in prevalence across the country, infectious body hepatitis, infectious bursal disease, and infectious laryngotracheitis were seen across Canada, with Eastern Canada also reporting elevated cases of necrotic enteritis, coccidiosis and bacterial infections.

Inclusion body hepatitis
Inclusion body hepatitis (IBH) remains the most common disease in broilers in Western Canada, with cases reported in all four provinces. It has been one of the most significant issues in Ontario as well. Cases are variable in terms of trends, but IBH has a considerable range of mortality from one up to 30 per cent.

For Lin, one significant change has been the emergence of serotype 8b as the predominant strain across Western Canada; according to Novy, it is also the one most commonly reported in Eastern Canada.

Approximately 80 to 90 per cent of IBH cases are accompanied by infectious bursal disease (IBD) co-infection in Western Canada, which leads to higher mortality rates. And although IBH can be a primary disease, it often affects birds who were already immunosuppressed, making them more susceptible to IBH infection.

The most common stressors, Lin noted, are feed interruption or outage, wind, cold temperatures, flooding or water leakage problems. Chicks in unvaccinated breeder flocks or in flocks that haven’t been fully vaccinated are also susceptible. 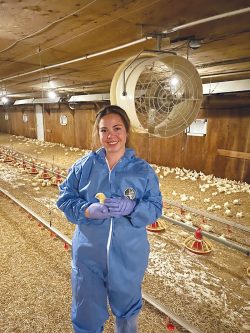 According to Novy, the big challenge for producers is that the only visible signs are from secondary challenges, like poor performance, runting or late outbreaks of Coccidiosis or Necrotic Enteritis that are worse because the presence of IBD has weakened bird immune systems. The biggest risk factor is lack of vaccination or repeatedly using the same vaccine.

Infectious laryngotracheitis
There has been an increase in Infectious Laryngotracheitis (ILT) cases in all poultry commodities in B.C. this past year, particularly August and September. A significant outbreak in Ontario’s Niagara Region in late fall 2020 and winter 2021 affected five broiler flocks, one layer pullet flock and one layer flock. Of the seven infected flocks, three were vaccinated, which effectively reduced the disease’s severity, Novy said.

An acute, highly contagious respiratory disease, mortality levels are higher when an ILT outbreak coincides with other stressors, like extreme heat. According to Lin, it is a reportable disease in B.C., making it easier to track cases.

“There are obvious time and geographical clusters. It’s a very transmissible virus that can be spread mechanically on manure or litter, humans, vehicles or dust, but it can also be carried long distances via aerosols, so I often see more cases after windy days,” Lin said.

Necrotic enteritis, coccidiosis, bacterial infections
Necrotic enteritis and coccidiosis are among the leading poultry challenges in Eastern Canada. In turkeys in particular, Novy reported a definite elevation in cases this past summer compared to other summers and cases have also been higher than usual in broilers – again due to heat and humidity.

“These problems often linger on and cause higher condemnations at the processing plant,” she said.

Other diseases of note
White Chick Syndrome: Alberta saw a spike in broiler breeder cases of this disease this past year, particularly in July, and some cases were also reported in Ontario and Quebec. Affected farms will see more sick, dead and weak birds at hatch with very pale or white feathers.

Blackhead: BC recorded a surge of Blackhead cases in turkeys this past year, with the majority in the summer and into early fall. The disease causes severe liver lesions and ceca, mortality ranging from 10 to 100 per cent. According to Lin, there are currently no approved, efficacious preventive or treatment options, so B.C. Turkeys and the B.C. Ministry of Agriculture, Food and Fisheries have launched a series of projects in the search for solutions.

Fatty liver hemorrhagic syndrome: Cases were stable in Eastern Canada, but table egg layer flocks in Saskatchewan recorded a significant increase in cases of this disease in 2021, with all cases happening in July and August. The issue is generally more commonly seen in backyard flocks that are being over-fed, noted Lin.

Backyard flocks
Both Lin and Novy pointed to an increase of backyard poultry flocks in Canada, primarily driven by the COVID-19 pandemic. Many owners of backyard flocks source their birds from non-reputable breeders and have little experience with poultry farming, which poses a threat to commercial production, especially in poultry-dense areas.

In Ontario, ILT and Mycoplasma are common in backyard flocks; in Western Canada, Mycoplasma, Infectious Coryza and Marek’s Disease are seen most often.