Observations and outlook for broiler industry-wide efforts to reign in antibiotic use. 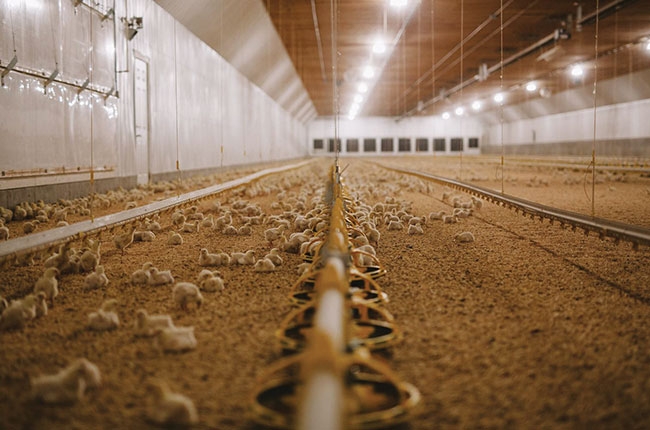 Some experts believe the plan to phase out the preventative use of category III antibiotics should be delayed.

It’s been about a year since veterinary oversight of antibiotics increased. It’s been equally as long since Canadian broiler producers eliminated the preventative use of category II medically important antibiotics (MIAs). “For the most part, the transition has been smooth,” says Steve Leech, director of food safety and animal health at Chicken Farmers of Canada (CFC).

This year, CFC is assessing the preventative use of category III antibiotics with the current goal of eliminating them by the end of 2020. However, some experts are hoping that deadline will be modified. Leech says CFC directors will be deciding on that by December 2019, and that “all options are being considered”.

Impact so far
As president of the Canadian Animal Health Institute, which represents animal pharmaceuticals, feed additives, pesticides and more, Jean Szkotnicki has a unique perspective of the changes to antibiotic use in poultry. When asked about the impact so far of phasing out preventative uses of some MIAs and what should occur going forward, she points to comments she sent this summer as part of a CFC survey on the issue. In her submission, she notes that it’s too early to determine the full impact of the present phase-out.

Lisa Hodgins, a monogastric nutritionist at New Life Mills in Ontario, agrees. “We cannot look forward to the end of 2020,” Hodgins says, “until we see what has happened across the country in 2019.”

One topic that Szkotnicki makes a case for is the current ban on preventative use of macromolecules (virginiamycin and Bacitracin MD). Because macromolecules are not absorbed across the gastrointestinal tract, she notes that they “hence, pose a reduced risk in transferring antimicrobial resistance (AMR) in retail poultry products. Additionally, there are relatively minor human applications for streptogramins (virginiamycin) and Bacitracin, an important consideration when selecting an antimicrobial of the lowest human medical importance.”

Szkotnicki also points out that several disease concerns have increased across the Canadian broiler industry this year, including E. coli, yolk sac disease and E. cercorum. This has led to increased use of MIAs for treating diseased birds, she reports, along with increased concerns about the welfare of these sick birds. She adds that both have also been observed in Europe under its similar ban.

And as it now stands, there are few tools to manage necrotic enteritis (NE). “Poultry practitioners tell me that there are increases in disease, particularly NE, resulting in increased deaths when bench-marked against use of licensed products,” Szkotnicki states in her comments.

“As well, there has been increased use of coccidostats for cocci control along with increased reliance on the preventative use of category III and synthetic coccidiostats, which raises concerns of increased rate of AMR development for these treatment options.”

Szkotnicki believes that as this situation plays out, “the ability to effectively utilize rotation and shuttle programs to manage resistance will be compromised.”

Additionally, Szkotnicki notes that once a poultry facility becomes ‘seeded’ with C. perfringens spores and cocci oocysts, future flocks are at increased risk for both NE and cocci disease challenge. She notes that under the planned category III ban and even now with the category II ban for preventative use, “veterinarians would be unable to prescribe the metaphylactic use of a category II or III antimicrobial [that is, use in high-risk cases to prevent disease], an important empirical risk-based decision used in other livestock production,” she states in her comments.

“Given Health Canada’s decision to move all MIA to prescription status ensuring veterinary oversight, I struggle to understand the rationale for CFC’s plan to eliminate the preventative use of category II and III antimicrobials, as it will restrict future prudent antimicrobial use.”

The danger of NE
Babak Sanei is manager of veterinary services for poultry and medicated feed additives at Zoetis. He believes that if the planned ban on preventative use of category III antibiotics proceeds for the end of 2020, broiler producers will have only Avilamycin for prevention of NE in-feed. This presents two serious perils.

“The unknown part is for how long Avilamycin can hold up its efficacy [that is, when resistance might develop] and if industry can devise alternative packages that can replace or complement it,” he explains. “At the moment, we don’t have such alternative programs clearly identified. Another factor is if Health Canada categorizes Avilamycin as a medically important product in near future, leaving the poultry industry with no effective antibiotic products to manage NE post-2020.”

While he strongly believes that controlling coccidiosis will significantly control most NE cases, he also notes other factors that must be watched closely to prevent NE outbreaks. These include ensuring high-quality feed, optimal electrolyte balance of feed, no or minimal presence of mycotoxin in feed and proper formulation. Producers, he adds, should also make sure that their flocks are not immunosuppressed by other diseases such as infectious bursal disease, reovirus or inclusion body hepatitis.

However, Sanei would like the end-of-2020 ban for category III antibiotics to be modified. He supports the idea of a transitional period post-2020, wherein producers are allowed to use Bacitracin when broilers are 20 to 30 days old. This means category III antibiotics would be eliminated in pre-starter/feed and in finishing feed, he says, but it would allow “the application of category III in the most critical stage of broiler life cycle where coccidiosis cycling of E. maxima and also E. acervuline is at its peak.

“Obviously, due to differences between farms, geographical variation and seasonality, the best approach would be to allow farmers to rely on their veterinary consultants to decide when to use preventive in-feed antibiotics for [this] short period of time.”

This plan will not only significantly reduce subclinical/clinical incidence of NE, Sanei says, but also reduce the need for treatment with higher-class antibiotics (Penicillin or Amoxicillin) in the case of an NE outbreak. In Sanei’s view, it would also provide more time to adjust to the situation, to do more field research and impact monitoring and to adopt best alternative strategies.

Alternatively, Sanei says CFC could consider postponing altogether the ban on category III at least one or two more years so that industry can continue working on field trials and devise effective feeding/management programs. As Szkotnicki suggests, Sanei identified the option for CFC to allow producers with broiler farms with recurrent cases of NE to use Bacitracin preventatively under veterinary supervision.

Some experts believe the plan to phase out the preventative use of category III antibiotics should be delayed.

CAHI suggestions
At this time, Szkotnicki believes management technologies in the marketplace are insufficient to transition away from preventative use of category II antibiotics, let alone category III.  She notes in her comments to CFC that alternative therapies and management strategies to reduce disease (relating to disease resistance, environmental management and optimized nutrition) need to be evaluated.

CAHI suggests the industry, among other actions, should continue to support innovation in areas such as diagnostics, big data and biosecurity, and also continue to support adoption of best farm management practices. CAHI would also like CFC to consider promotion of real-time polymerase chain reaction technology to monitor antimicrobial resistance as a cost-effective viable alternative to banning the preventative use of antimicrobials.

In response to CFC’s survey question of whether the Canadian chicken value-chain will be prepared to eliminate preventive use of category III antibiotics by the end of 2020, Szkotnicki states, “I think we should ask whether the public is willing to see increased chicken costs…in the face of increased animal suffering and death as well as added potential harmful exposure to zoonotic bacteria in the environment due to increased disease incidence. There is also the concern about an increase in the carbon footprint.” She adds that these realities “are unacceptable reasons to move forward” with the category III phase-out.

For its part, CFC believes its overall strategy to phase out preventative MIA use demonstrates both “the responsible use of antimicrobials, and positions the chicken supply-chain very well to respond to customer and consumer requests,” says Leech, while also meeting “the upcoming government pan-Canadian action plan on antimicrobial resistance.”

Sanei recognizes that CFC is actively looking for stakeholder input and is holding workshops on the situation this fall, but he remains “of the opinion that there needs to be more time provided to the industry after 2020.”

What to expect
According to vet Babak Sanei, the Canadian broiler industry can expect the following with a total ban on in-feed antibiotics (except for ionophores that are not medically important):