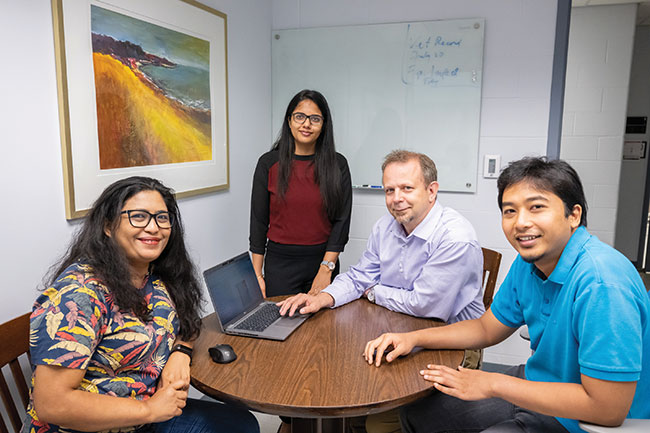 A new study out of the U.S. shows that using antimicrobials in feed and injecting them into embryos at the hatchery are the main causes of antimicrobial resistance in Canadian turkey flocks. The good news for the industry is that more widespread implementation of stewardship methods is leading to a reduction in resistance.

Antimicrobial resistance has long been identified as a threat to global human and animal health, with limited options for treatment.

In poultry production, antimicrobials help to treat and control bacterial infections, but also lead to increased resistance because the surviving bacteria pass on their resistance genes not only to their offspring but also to other bacterial species.

Dr. Csaba Varga, an assistant professor of infectious disease epidemiology at the University of Illinois at Urbana Champaign, leda team that used data collected by the Canadian Integrated Program for Antimicrobial Resistance Surveillance (CIPARS), a program of the Public Health Agency of Canada, to model the link between antimicrobial use and resistance.

“Antimicrobial resistance development in food animals and poultry is an issue because multi-resistant bacteria can be transmitted through the food chain or contact with infected animals,” Varga says.

Ground-breaking work
Although there have been several studies examining this issue in broilers, very little work has been done in turkeys until now. According to Varga, this study is the most comprehensive in North America involving turkeys, as it takes analysis to the farm level. Previous research has looked at sales of antimicrobials to make associations with resistance, but that’s too far removed from the farm to generate real insights into use and resistance, he notes.

What made this study possible was the CIPARS data, collected by Canadian veterinarians visiting turkey farms annually in each province between 2016 and 2019 to collect data on antimicrobial use and fecal samples from randomly selected flocks. In B.C.’s turkey industry, data collection had already started as far back as 2013. This type of data isn’t available in the U.S., as long-term surveillance isn’t in place.

Varga had completed his graduate work in Canada and worked for the Ontario Ministry of Agriculture, Food and Rural Affairs (OMAFRA) as a lead veterinarian in poultry disease prevention. OMAFRA funded the initiation of antimicrobial use surveillance in turkeys in Ontario, which led to Vargas’ involvement with the program.

Focused on E. coli
The research team used E. coli as an indicator organism for the presence of antimicrobial resistance, as they are bacteria that are present in the gut flora of both humans and animals. At the same time, they can easily be detected in fecal and environmental samples.

“E. coli can harbor antibiotic resistance genes that they can preserve and transmit to other bacteria in the gut, making them good indicators of for the selection pressure of antimicrobial use,” Varga says.

E. coli isolates from the fecal samples of turkeys were tested for their susceptibility to 14 different antimicrobials. Then, to study the links between antimicrobial use and resistance, researchers used new modelling techniques that looked at disease indications for antimicrobial use, bird weight, and how many antimicrobials were used for how long and how they were administered. Additional work is underway with Salmonella and Campylobacter, with results expected next year.

His team is currently finalizing research that found efforts to reduce the use of certain antimicrobials are contributing to lower resistance rates, which is a good news story for the industry, he adds.

Research into antimicrobial alternatives is underway at various institutions and companies in North America and Europe that will help producers transition away from antimicrobials, as use of those products continues to be phased out.

Basic farm management and animal health practices are the foundational pillars that make antimicrobial use reduction work. That includes implementing and following biosecurity practices to keep diseases on farm to a minimum.

Reducing the potential for birds to get sick lowers the amount of infection, which in turn reduces the need for treatment with antimicrobials.

Another significant development, according to Varga, is a regulatory change in Canada that ended over the counter purchases of antimicrobials; instead, producers must now have a veterinary prescription for their use.

“We are going to expand this (research) to the U.S. but much of the data doesn’t exist there. That’s the beauty of the CIPARS data – you can compare resistance level changes when changing use practices and we can see that resistance is going down for most antimicrobials,” he says. “To know what to change you need to have data and you need to analyze it.”