What is the difference between ionophores and non-ionphores (chemicals)? 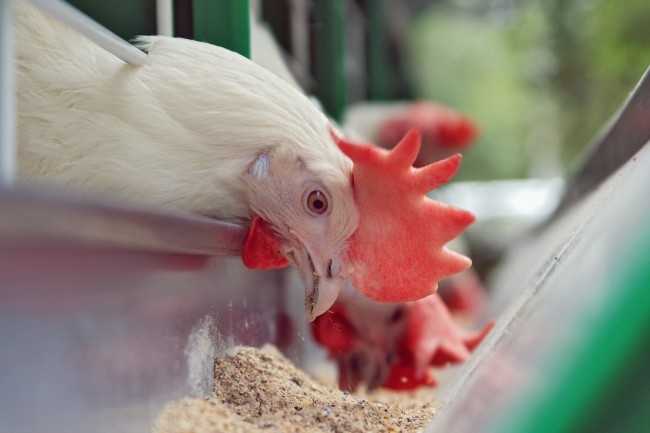 Anticoccidials were developed for use in feed to be where the parasite resides – the digestive system.

Between coccidiosis and necrotic enteritis, flocks can experience high mortality (=>20 per cent), unthriftiness, poor feed efficiency, and is the case with all disease, undue bird suffering.

Because coccidiosis is such a threat to poultry, industry has come up with a number of compounds (anticoccidials) that reduce the risk of this parasite. Coccidiosis is a risk throughout the life of a bird so it is not surprising that anticoccidials were developed for use in feed to be where the parasite resides (the digestive system) and to give continuous protection for the life of the flock.

Since 1948, many anticoccidials have entered the market for the poultry industry – there is virtually a product for each letter of the alphabet! But coccidia (made up of different families or species) are survivors and certain anticoccidials were not effective against all species and coccidia rapidly became resistant to others. As a result, today we have 12 that can be divided into two classes, ionophores and non-ionophores (commonly called chemicals) based on the origin of the compound and their mode of action against coccidia.

It is fortunate for the Canadian poultry industry that this range of products is available, allowing rotation programs to be used to prevent the development of resistance. There is no indication that there will be new anticoccidials in the near future. It is important to know the difference between ionophores and non-ionophores (chemicals) to design rational rotation programs. This is especially important in today’s discussion on antimicrobial resistance and antimicrobial use. Certain production programs may restrict the use of ionophores (e.g., raised without antibiotics [RWA]) but permit use of non-ionophores.

Ionophores
They are natural substances secreted by certain fungi spp. that, at specific dosage, kill coccidia but do not harm the host (poultry). They also have some degree of antibacterial activity and fit the classical definition of an antibiotic: “A substance formed by one microorganism that has detrimental effect on another organism”. Ionophores are not used in human medicine so are classified as non-medically important (category IV).  The reason ionophores were not permitted in RWA programs is that they do have some antimicrobial activity in addition to their targeted anticoccidial activity.

How do they work against coccidia?
Although each ionophore originates from different fungi, they have a similar chemical structure and share a common property of being able to capture electrolytes (salts in the digestive system) and carry them into the coccidia. Ionophores are fatty materials, allowing them to readily penetrate the fatty walls of the coccidia with the electrolytes. The coccidia try to expel the incoming electrolytes to keep osmotic balance but eventually run out of energy and die. Ionophores are generally not toxic to birds when used at recommended levels because ionophores are poorly absorbed from the intestine of birds. However, there are exceptions.

By definition, ionophores are antibiotics. They should not be used continuously but instead rotated with different anticoccidials. The reason for that is eventually resistance and even cross-resistance (resistance that carries over from ionophore to another) will develop.

Because ionophores are poorly absorbed into tissues, they all have a zero-day withdrawal aside from maduramicin (five days). Ionophores, besides having activity against coccidia, also have varying antibiotic activity against Gram-positive bacteria (e.g., Clostridium perfringens – the cause of necrotic enteritis).

Non-ionophores (chemical) anticoccidials
These are compounds produced by chemical synthesis. Each anticoccidial in this category are quite different from each other and from ionophores. They either kill coccidia (cidal activity) or suppress coccidia (static activity). They have no known antibacterial activity and, hence, are not antibiotics. They are not used in human medicine and are classified as not medically important (category IV).

How do they work against coccidia?
Unlike ionophores, each non-ionophore anticoccidial works against coccidia in a unique way; there is not a common mode of action. Generally, non-ionophores (chemicals) act by interfering with one or more stages of the life cycle of the parasite. Amprolium, for example, acts by providing a fake nutrient (vitamin B1) to the coccidia, starving them in the process.

What should I know about them?
Non-Ionophores are generally safe, but birds do not tolerate nicarbazin in hot weather. Also, there may be changes in eggshell colour as well as reduced fertility in reproductively active birds. All non-ionophore anticoccidials are approved for use in broiler chicken production but only amprolium, zoalene, robenidine and diclazuril are approved for use in turkey production. They all have a zero-day withdrawal except for Robenz (six days).

Coccidia develop resistance to non-ionophores so each product should be used with careful planning. It is recommended to not use the same non-ionophore back-to-back for more than two grow-outs and also allow a one year rest period. The exception to this is nicarbazin, which has no reported development of resistance. It is important to note that cross-resistance does not develop with non-ionophore anticoccidials, making them invaluable in rotation programs.

Although non-ionophores have been used in rotation programs for many years, the latest use is for reduction of the third peak of cycling in broiler chickens vaccinated against coccidiosis. To counteract the disadvantages (mortality, unevenness, wet litter, necrotic enteritis) of excessively high oocyst counts with cycling of coccidia, zoalene (non-ionophore) is being used to reduce the third peak of cycling. Note: zoalene is optimal for this purpose because it reduces the peak but does not entirely shut down cycling (development of immunity).

Summary
The Canadian poultry industry is fortunate to have a wide range of anticoccidials available to use in the prevention of coccidiosis and, indirectly, necrotic enteritis. Knowing whether a product is an ionophore or non-ionophore (chemical) is invaluable in designing rotation programs. We have to save the products we have now since each one has a contribution to make and there are no new ones on the horizon!