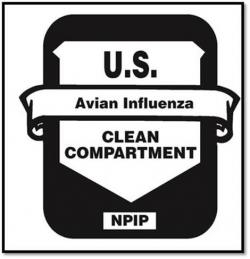 Huntsville, Ala. – Aviagen, the global poultry genetics company, has become the first poultry breeder in the U.S. to be certified as an Avian Influenza Clean Compartment.

Aviagen’s pedigree and great grandparent facilities were audited and certified that they meet these standards by the USDA APHIS.

Compartmentalization is an international program developed by the World Organization for Animal Health (OIE).

It provides a mechanism for countries around the world to accept stock from an exporting country with an AI outbreak by providing the importing country’s officials with the ability to evaluate suppliers based on an exporting company’s management practices and biosecurity program.

In 2010, Aviagen became the first primary poultry breeding company to achieve compartment status recognized by a government agency for its facilities in the U.K.

Since compartment status has been in place, the company has successfully exported to several countries throughout the world during outbreaks of notifiable disease in the U.K.

Later in 2015, Aviagen India’s Elayamuthur facility was granted the status by the Central Indian Government and State Government of Tamil Nadu.

Thus, in the event of a notifiable disease, Aviagen India continues to deliver birds to customers in India or other countries that have formally recognized and accepted the status.

“In today’s world, AI has become the biggest threat to international trade, and compartmentalization helps eliminate this threat,” he said.