Avian influenza and the One Health approach

How the disease affects domestic and wild flocks and why a One Health approach matters. 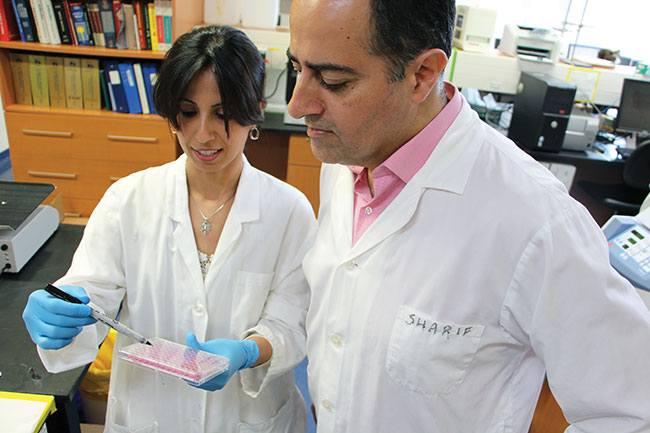 Avian influenza virus, commonly known as bird flu, is a contagious influenza type A virus that can infect and kill poultry (such as chickens, turkeys, pheasants, quail, domestic ducks, geese and guinea fowl) and wild birds (including migratory birds).

There are at least 16 types of avian influenza virus, which are classified by a combination of two groups of proteins: hemagglutinin or HA, and neuraminidase or NA. This is where the H and N in avian influenza strains come from: they identify specific HA and NA proteins, like the current H5N1 strain causing outbreaks in Europe, the United States and Canada.

Types of avian influenza virus are further classified as highly pathogenic (HPAI) or low pathogenicity (LPAI). HPAI viruses – including the current strain of H5N1 – are extremely infectious, can cause severe disease and high mortality (90-100 per cent) in domesticated poultry and spreads rapidly from flock to flock.

Avian influenza: Where is it?
Pathogenicity (the ability to cause disease) is defined in relation to disease severity in domestic poultry. Nonetheless, the reach of avian flu is not limited to this population. H5N1 is spreading in wild bird populations across the globe. Significant outbreaks have been detected in Asia, Africa and Europe since October 2021.

H5N1 is of immediate national concern in Canada, as migratory birds flock to our shores. The Eurasian strain of H5N1 was detected in Newfoundland in December 2021, and in hunted wild birds in the eastern U.S. in January 2022. Between December 2021 and May 2022, this virus has been detected in eight Canadian provinces and 35 U.S. states.

Avian influenza and animal health
Wild birds can be infected with highly pathogenic avian influenza and show no signs of illness. They can carry the disease to new areas when migrating, exposing domestic poultry to the virus.

An infected bird may show signs including coughing, gasping for air, head swelling and diarrhea. Because influenza viruses in birds can replicate in tissues beyond the respiratory system, infected birds may also display neurological signs including paralysis and tremor.

Once infected, mortality is nearly unavoidable in some bird species, occurring within 24-72 hours. The first sign of infection may sometimes be mass mortality events.

Ramifications of outbreaks are borne by individual farmers and felt throughout the agricultural sector. Where outbreaks occur, it is often the policy to cull all poultry, whether infected or healthy, to help contain the spread of the virus. This represents heavy economic losses for farmers, which can have a long-lasting impact on their livelihoods and well-being.

Of course, avian influenza virus does not differentiate between farm and field; it may decimate wild bird populations in addition to cultivated flocks, and there have been reports of mass mortality incidents in the United Kingdom and Israel in 2021 and 2022. In addition to disrupting the local ecology, including often delicately calibrated food webs, such outbreaks occur at the detriment of biodiversity.

Avian influenza virus and environmental health
The effects of climate change on disease ecology are impossible to ignore. Migratory birds – especially waterfowl – are a natural reservoir for avian influenza virus. As birds migrate and mingle with other individuals and flocks, viruses “drift” and “shift,” meaning that viral genetic material may change in unexpected ways.

In the context of avian flu and climate change, where migration routes and seasons are changing, previously separate migratory bird populations are now encountering one another, increasing the probability that new virus variants will emerge.

Although close to 880 human infections and over 450 deaths have been attributed to previous strains of H5N1, there have only been two known cases of human infection with the current circulating strain. However, there is a concern that, through mutations and genetic exchanges, H5N1 avian influenza virus may gain the ability to transmit from birds to humans and possibly from humans to humans.

Because of avian flu’s potential to spread rapidly throughout an animal population, a robust surveillance program to monitor the evolution and diversity of avian influenza viruses for preventive action is an essential public health measure.

Climate change, human population growth and socio-economic factors have long-lasting impacts on environmental health. A cross-sectoral approach for communication and preparedness responses is needed to co-ordinate surveillance and biosecurity measures that will control outbreaks. A One Health approach will help ensure environmental conservation obligations are met and the health of people, livestock and wildlife is protected.

There is an urgent need for governments to invest in local and global initiatives that focus on the human-animal-environment interface of disease. One such investment includes funding higher education programs in One Health. These programs will prepare the next generation of Canadians to address societal grand challenges – like pandemic preparedness – with a One Health lens, enabling the formation of teams whose expertise transcends disciplinary boundaries.

Now, more than ever, we need to ensure that both local and global One Health initiatives are developed as a core component of planning preparedness for future pandemics.

Jeffrey Wichtel is President-Elect of the Deans Council Agriculture, Food and Veterinary Medicine.