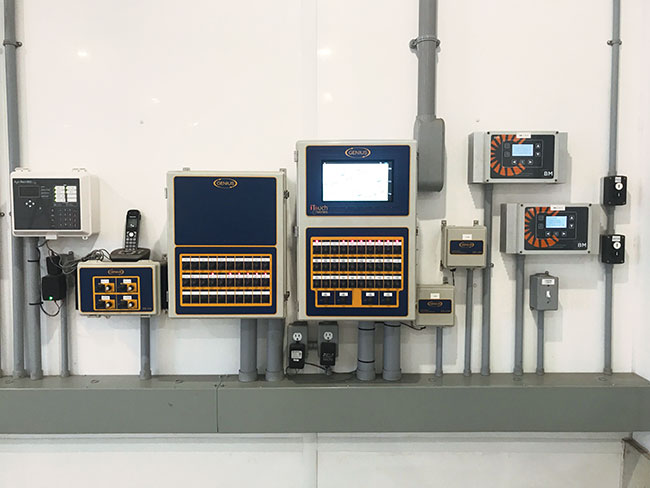 The business
The Brennemans have been producing broilers since the early 2000s. That’s when they switched to chicken farming after their dairy farm was destroyed in a barn fire. They currently own three broiler barns near Tavistock, Ont., two under DonRon Farms Ltd. and a new one under MNP Farms Ltd.

The need
In recent years, the family’s two older barns hit capacity. Thus, the producers were at a crossroads. They could either sell some quota or expand. They chose the latter, building a chicken barn in 2020. 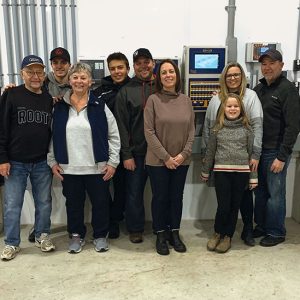 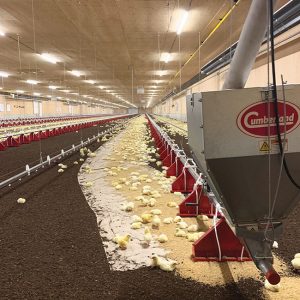 The producers report more consistent tempeatures throughout the full grow area in the new barn. 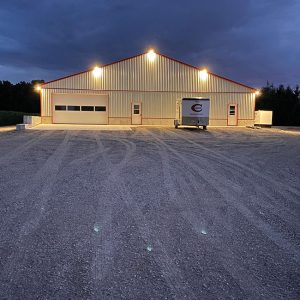 The Brennemans worked with Clark Ag Systems on the new barn, which is 500 by 64 square feet.

The barn
The Brennemans worked with Clark Ag Systems on the new barn, which is identical to the other two in that they’re all 500 by 64 square feet. All three also have dual baffle as well as fans and inlets on either side. What’s different, firstly, is that the producers added heaters on both sides. “We felt in the 64-foot-wide barns we were not getting as even a heat as we’d like to see down the length of the barn,” says Paul Brenneman, who farms with his wife Katherine, parents Ron and Donna and their long-time employee Brad Beattie. What’s also different is they added ceiling inlets to try to recoup some of the heat they were losing. Brenneman says he’s seeing more consistent tempeatures throughout the full grow area in the new barn. “We spend a lot of time talking about how to cool barns and maybe not enough time talking about how to keep them warm,” he observes.