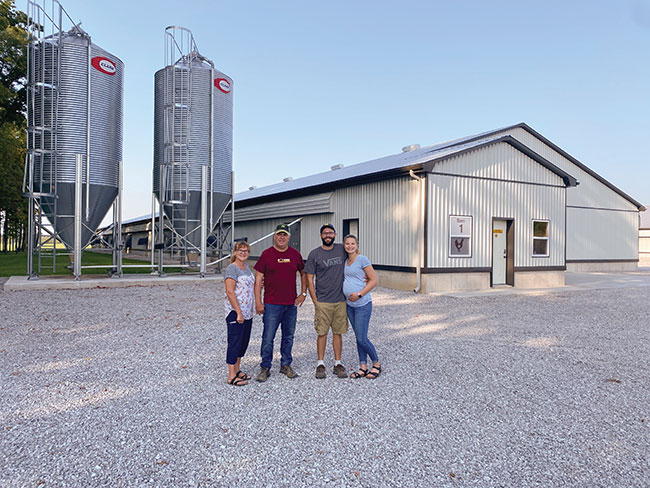 Cheryl and Martin Magalas with Chase and his wife Lauren.

The business
Magalas Produce is mainly a broiler farming operation based in Waterford, a small community in Norfolk County, Ont. They also grow over 1,000 acres of cash crops. The family business includes Martin and Cheryl Magalas and their son Chase.

The need
The Magalas family ran a large vegetable operation for many years. But as Chase got closer to taking the reins from his parents, he sought to diversify. “I saw that down the line it was going to be too much for me to be able to run on my own,” Chase says of the vegetable business, which at one point employed over 150 people. After weighing some options, they chose to get into broilers. 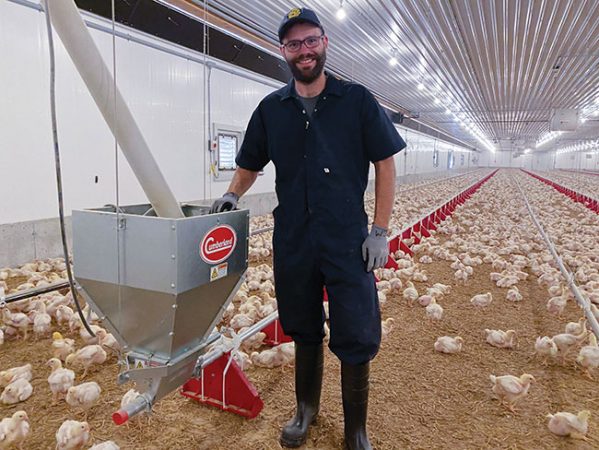 The new barn includes sensors on the cross augers that send an alert if they’ve been running for 20 minutes.

The barn
Working with Clark Ag Systems, they built their first broiler barn in 2016 and a second a year later. Both were 65 ft. by 300 ft. cross-ventilated facilities. Then in 2018, tragedy struck. In February, Martin suffered a stroke. With Cheryl and Martin now semi retired, everything fell on Chase’s shoulders. One of the first big decisions he made was to get out of the vegetable business. Then this spring the family opened their third broiler barn. It’s identical to their others except it also includes sensors on all four feed lines. Looking back, Chase is glad to have gotten into broiler production. “It’s such a stable industry,” he says.