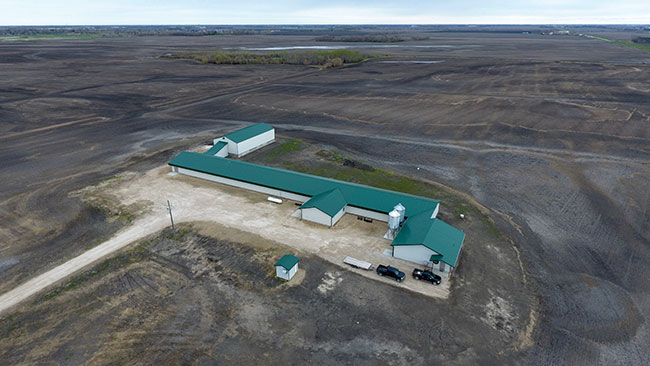 Manova took advantage of the early flock removal program rolled out earlier in the pandemic to convert its conventional barn to a free-run operation. PHOTO CREDIT: manova

The business
Manova is an egg farming operation based in Manitoba. The farm is family owned by four shareholders based in Quebec and Manitoba. Harley Siemens is the president of the 64,000 laying hen farm and oversees all onsite operations.

The need
The Siemens family purchased shares in Manova in November 2020. The business included an enriched layer barn in Blumenort that housed 48,000 birds and a conventional barn in Niverville that housed 17,000 hens. With the latest code of practice, they knew they’d eventually have to convert the conventional barn. Right away, they saw an opportunity. The egg board launched the early flock removal program shortly after the producers bought into Manova. It was in response to the reduced foodservice demand for eggs caused by the COVID-19 pandemic. The producers seized the opportunity to still be paid while having the barn sit empty for a few months. 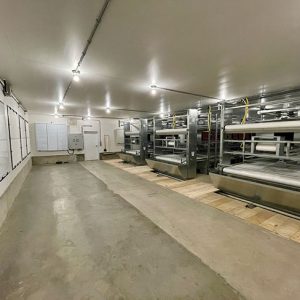 When they first placed birds in the converted free-run barn, they found the birds were entering the attic through the intakes. Thus, they installed a special mesh to prevent this. 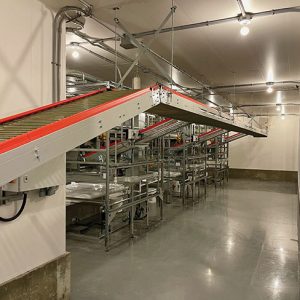 They chose the 2,200 mm aviary as opposed to the 2,500 mm option they installed at Siemens Farms.

The barn
They used the pause to convert Manova’s conventional barn. The facility was only 10 years old and still in good shape. The ceiling was also high enough to accommodate a modern housing system. And since they’d recently converted Siemens Farms to a free-run operation, they went in that same direction with Manova’s Niverville location. They installed an Aviary Pro 11 system from Hellmann. Read the photo descriptionsfor more on the tweaks they made.