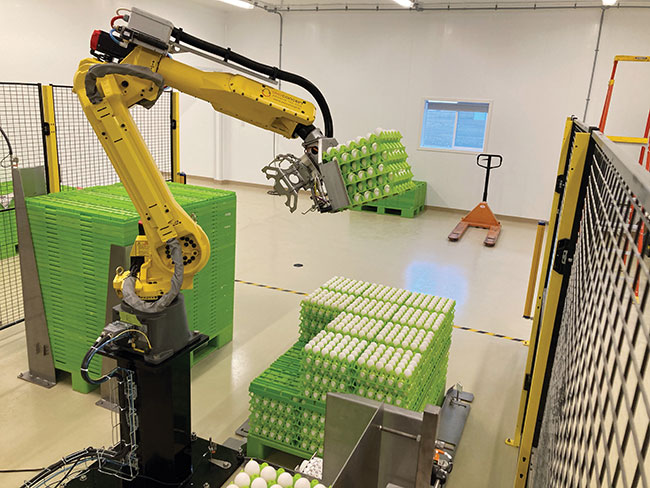 The colony
The Rose Valley Colony, located near Verwood, Sask., was founded in 1986. The colony produces eggs, which it sells to Star Eggs, under the guidance of farm manager Sam Kleinsasser.

The need
The colony’s conventional housing system was aging and would have to eventually be replaced with alternative housing to be in step with the code of practice. What’s more, it was near capacity and, thus, unable to accommodate growth as quota increases came. In addition, the colony wanted to find ways to make running the farm less labour intensive. 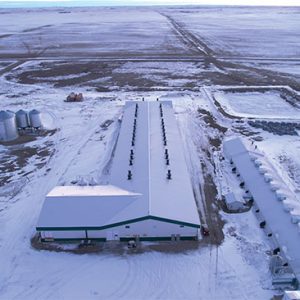 The colony build the new barn in 2021 to replace its aging system and to accommodate future growth. 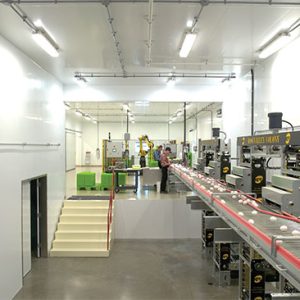 The barn includes a unique egg timing and escalator system to reduce downgrades. The enriched system also includes no obstructions to further protect the eggs.

The barn
Working with Kaiser Ag Solutions, the colony built a new barn last year. It features Kaiser’s KPS enriched system. One of the highlights of the system is there are no obstructions, which helps to avoid collisions and, thus, cracks. It also has a unique egg timing and escalator system to reduce downgrades. In addition, standard in each system are LED lights that illuminate the scratch areas to prevent eggs from being laid there. What’s more, the system is fully modular. So, producers can add tiers in the future if need be, which is something the colony is considering. In terms of automation, the colony installed a Volker egg packing machine and paired that with an Ovoconcept palatizing robot, making it the first farm in Canada to use the system.