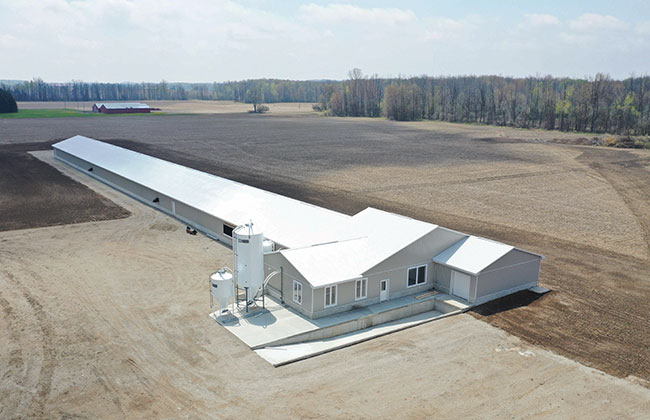 The Sinnige family bought a second location to build their new barn on. Photo: Melissa Sinnige

The business
The Sinnige family moved from Holland to Canada in 2004. That same year they bought their first broiler breeder barn near Woodstock, Ont. The producers have since built another three barns, including two on their original farm site and one at a new location close by.

The need
In 2018, the industry had strung together a few consecutive years of strong increases. The Sinnige family was eager to leverage that growth. However, their original farm was near capacity. Thus, they bought a second  location that year in order to expand. Then, last June, they opened their first barn on the new site. 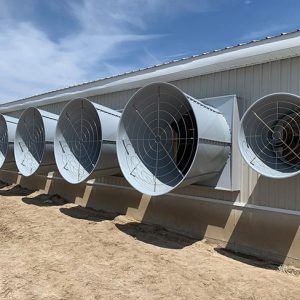 The producers say the direct drive MagFans they installed are very energy efficient. 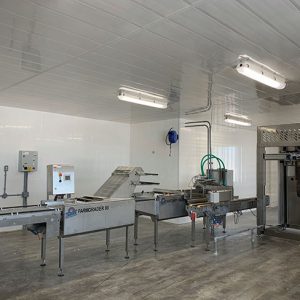 With a Jansen packer and a Kletec trolley loader, their packing process is fully automated. 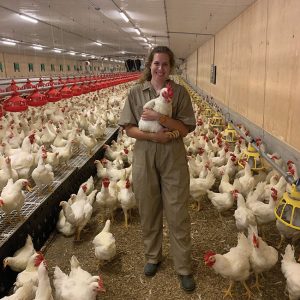 Melissa Sinnige took the lead in managing the new barn with support from her father Peter.

The barn
The main highlight of the new barn is an automated egg packing and loading system. They have a Jansen packer and a trolley loader from Kletec, a relatively new product made in Europe that the family found online. “So, all the eggs get automatically packed and then the trolley loader picks up the full trays and puts them into the cart,” explains Melissa Sinnige, who’s taken the lead in managing the new barn with support from her father Peter. “So, there’s very little manual labour involved in packing our eggs.”