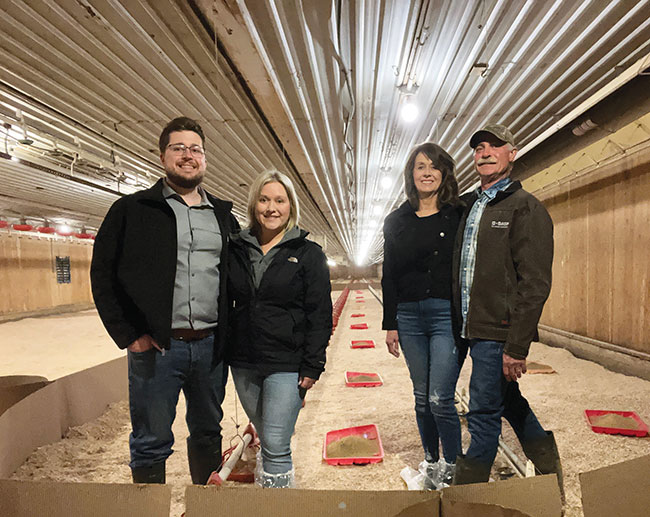 The business
Third-generation poultry farmer Cody Snyder founded Snyder Turkey Farm in 2018 with his fiancé Deanna Simpson. It consists of one turkey barn that the couple runs with help from Snyder’s parents, Paul and Nancy Snyder.

The need
Snyder grew up on a broiler farm but for their own barn the couple chose to grow turkeys instead. They went this route because both have off-farm jobs as well and they felt producing turkeys for seasonal demand would better accommodate that schedule, allowing them to ease into poultry production. And so they bought a former broiler breeder barn in 2018 to convert for turkeys. 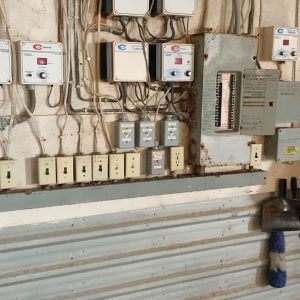 They replaced the old controllers (on the left) with a new Genius control system (on the right). 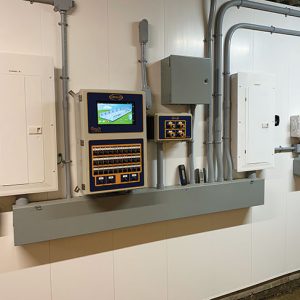 They raise turkeys up to a finished weight of five kilograms, which they typically hit at around 10 weeks.

The barn
The barn was structurally sound. However, they discovered a few challenges that required attention. They replaced the insulation, walls and electrical. They also added a new service room. And then they started working with Clark Ag Systems on a new design layout that preserved the infrastructure in place while upgrading their equipment. For instance, they kept the existing cross-ventilation setup but had new fans installed as well as a new Genius control system. “There’s been a lot of learning,” Snyder says of his foray into turkey production, adding that they’ve been fortunate to have a diverse team of people they could turn to for support and advice.