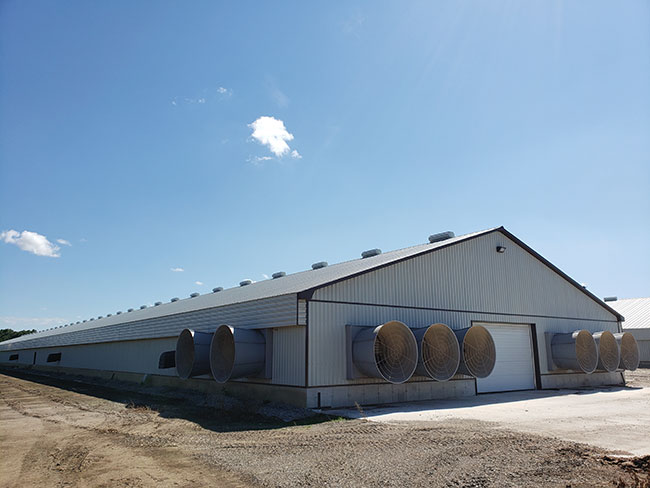 The business
The Steele family has been in the turkey business since the 1980s. That’s when Ron Steele forged a partnership with Harvey Beaty, owner of Cold Springs Farm, to start producing heavy toms. Today, the Steeles run an integrated, multi-site and multi-age operation that also includes crops and a feed mill.

The strategy
When Ron’s sons Matt and John returned to the farm after a stint with Farm Credit Canada, they purchased a few older turkey barns with quota attached to them. They were joined by their sister Julie, who now manages health and nutrition. The natural next step was the build a feed mill. After that, they set their sights on a 10 to 15-year modernization. That’s because they were looking to streamline and improve efficiencies in order to accommodate future growth. 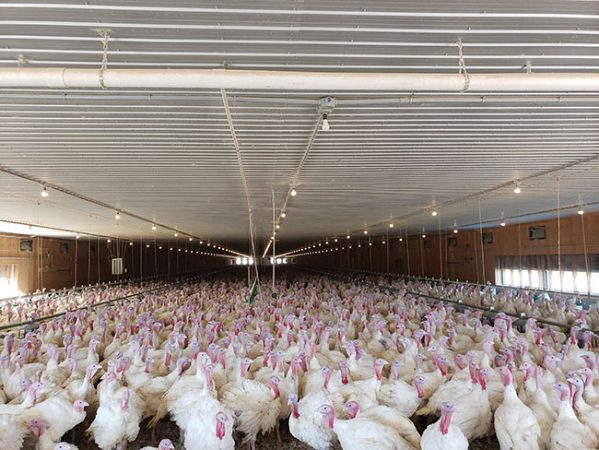 Remotely monitoring barn conditions has helped the Steeles save on bedding.

The barn
The Steeles started their modernization by building a new 65 ft. by 500 ft. grower facility, which opened in 2019. Matt describes it as a “super low-cost barn”, largely due to its high efficiency tunnel ventilation system. It includes MagFans, which are variable speed and direct drive fans. The Steeles found energy consumption was 50 per cent lower in the new barn. It also included a Maximus controller, which allowed for remote monitoring. “Which is a huge step for us, coming from more manual, older style controls,” Matt says.