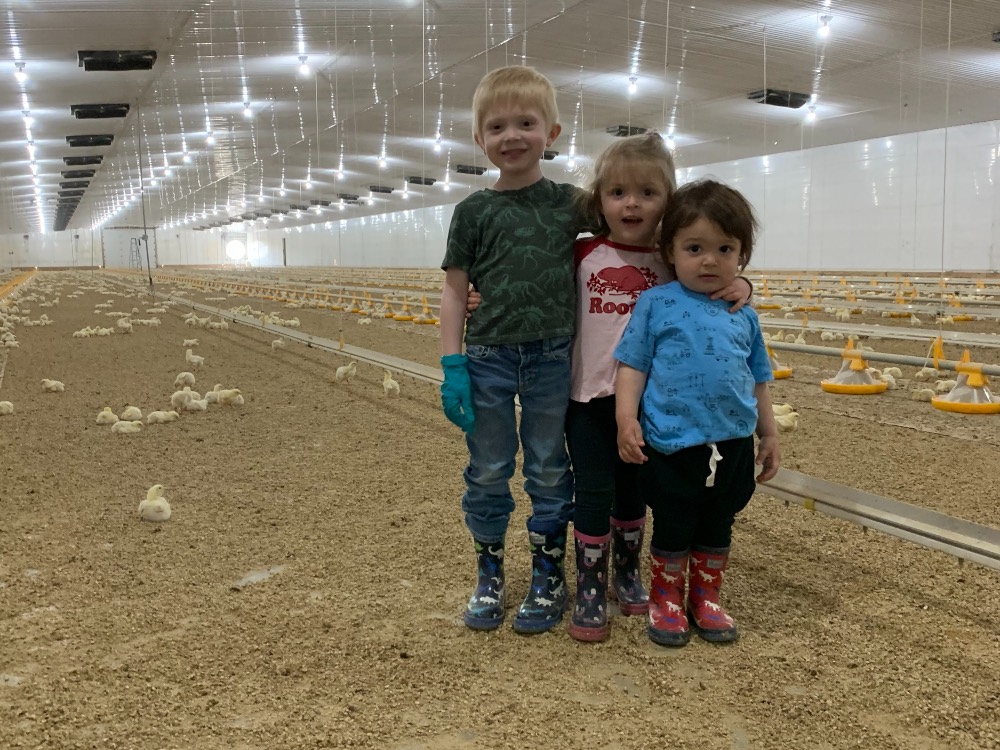 The Szmietts have three kids, including (left to right) Jake, Emily and Owen.

The business
Brian and Jessie Szmiett are broiler farmers based in Strathroy, Ont. They’re new to the industry, having obtained quota last year for 14,000 units under Chicken Farmers of Ontario’s New Entrant Program. They placed their first flock in December.

The need
The location is large enough to accommodate multiple barns in the future. When planning the project, they were guided by a principle: Keep it simple. They focused on features that would either save costs, enhance growth or reduce mortality. One way they decided to control spending was to have Brian build the barn from start to finish.

The barn
After comparing a conventionally built facility to alternatives, the Szmietts decided to build an insulated concrete form (ICF) barn. Brian believes it’s the first such poultry barn in Ontario. The walls are constructed of expanded polystyrene foam with a concrete core that runs from the building’s footing to the bottom of its truss. Builders often use ICF for higher end homes and, increasingly, for commercial facilities. The Szmietts thought it’d be an ideal fit for broilers. “It’s 100 per cent continuous insulation inside and out,” Brian says, adding, “You don’t have to use a vapour barrier.” He says that not only is ICF energy efficient but it’s also more durable than wood. 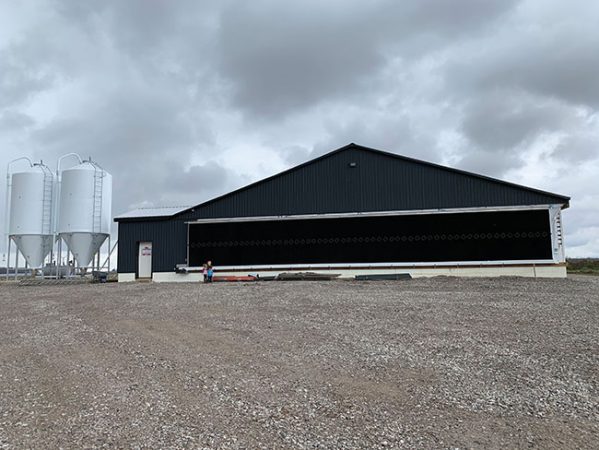 The Szmietts went with tunnel ventilation using MagFans from Pols (top) and a cooling pad to improve bird health and reduce heat stress. 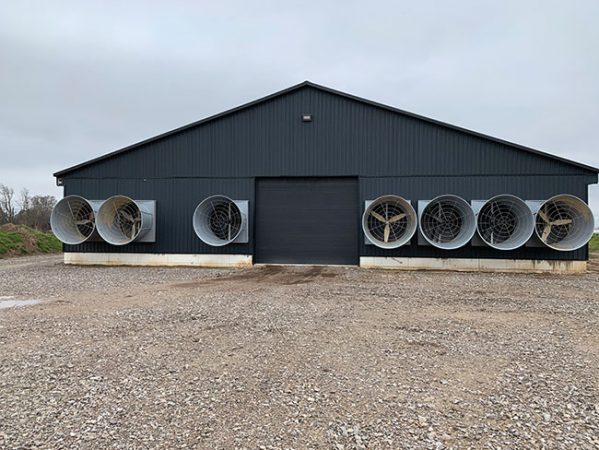