A look at a new all in/all out broiler breeder barn. 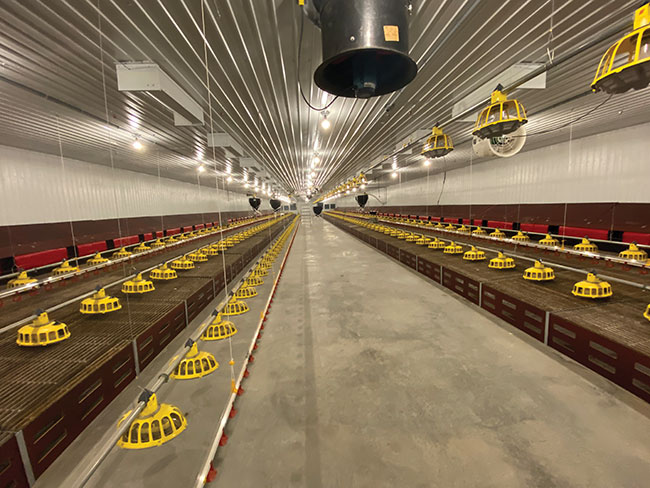 The business
Joe and Gera Hengstmengel have owned their broiler breeder farm since 2019. Gera manages the barn while Joe works full-time in commodity sales, checking on his flock to start and end each day.

The need
Prior to building their own barn, Joe had spent five years managing broiler breeder barns on behalf of other owners. He eventually reached a fork in the road. “I was to the point where I’m either going to do this for myself or I’m not going to do it at all anymore,” Joe says. “Doing it for somebody else is fun but I knew I needed to take the next step.” They applied and won the new entrant lottery in 2019 and, from his barn management experience, Joe knew exactly what he wanted to build. 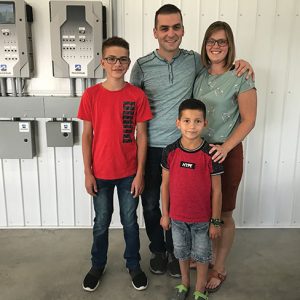 Joe spent five years managing broiler breeder barns for clients and his wife Gera now manages their own barn while he works full-time in commodity sales. 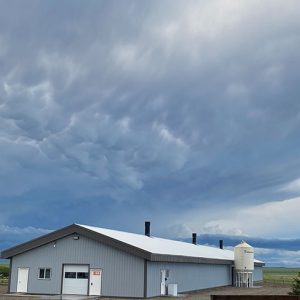 As an all-in/all-out barn, the birds come in as day olds and remain there for 58 weeks.. This spares the producers from having to build a separate pullet barn that would largely remain empty. 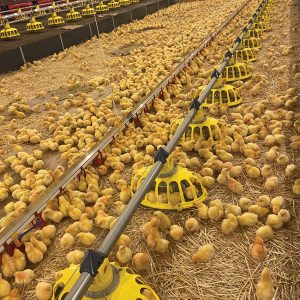 They raise their pullets on a centre scratch area for the first month, which they say leads to better heat distribution for the young birds.

The barn
The producers built an all-in/all-out barn. The birds come in as day-olds and remain there for 58 weeks. “I had no choice because I couldn’t afford to build a separate rearing barn that’s going to be empty for 44 weeks of a cycle,” Joe says. Whereas many barns include centre nest boxes with scratch areas on two sides, the Hengstmengels went with a centre scratch area where they raise their pullets for one month before allowing them to access the slatted areas. Some people warned them against having an all-in/all-out barn, saying it presented too many challenges. But two flocks in, Joe says they’re hitting above industry average on chicks per hen.