Better prepared than in 2004, the outbreak was less devastating and well-contained 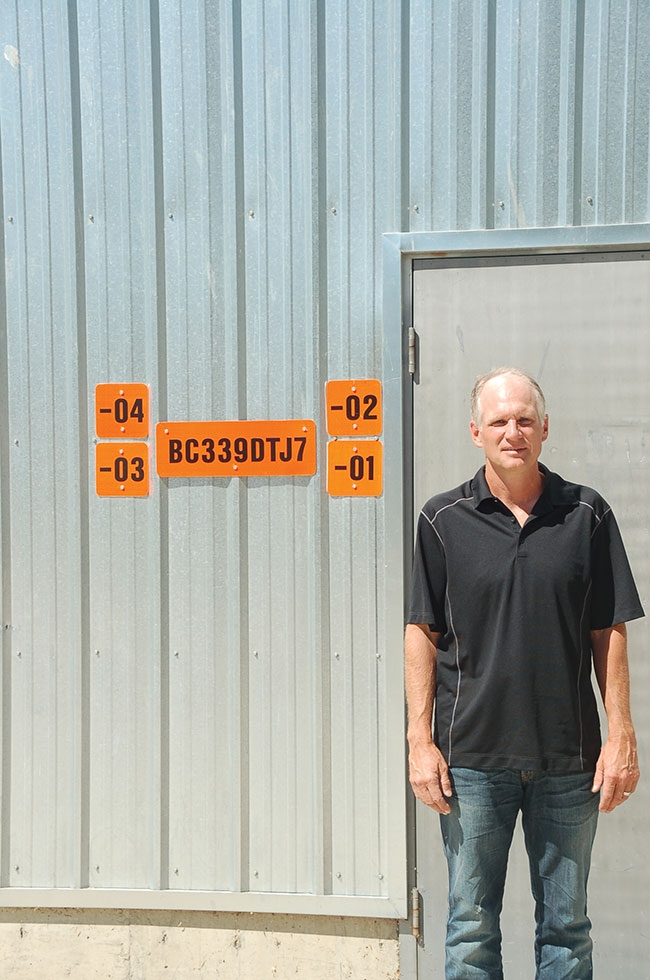 After a month with no new cases of avian influenza (AI) being reported, the B.C. poultry industry is hoping the worst is over and it can start getting back to normal.

This was the largest AI outbreak since AI hit 42 farms in the Fraser Valley in 2004, resulting in the complete shutdown of the local industry and the depopulation of over 17,000,000 birds.

“As an industry, we feel good about how the virus has been contained,” B.C. Poultry Association president Ray Nickel said in mid-January.

The Canadian Food Inspection Agency (CFIA) is more cautious since the highly pathogenic virus was found more recently in waterfowl just across the U.S. border as well as in non-commercial flocks in southwestern Washington and northwestern Oregon.

“We know the threat is still out there but if we get any new case of AI we will consider it a new outbreak,” Nickel says.

He and B.C. Chicken Marketing Board administration manager Katie Lowe credit the industry’s on-farm biosecurity program and a “much improved” working relationship with the Canadian Food Inspection Agency and the B.C. Ministry of Agriculture for keeping the outbreak in check.

The biosecurity program B.C. developed after the 2004 outbreak includes a formal emergency response protocol and an ID program for all commercial poultry premises (still the only such program in Canada). That kicked into high gear the moment the first case was confirmed.

“We learned about the first case on a Monday morning and by Tuesday afternoon, we had notified all producers and given CFIA the location and contact information for every poultry barn in B.C.,” Lowe notes.

Within days of the outbreak, the CFIA put the southern half of the province into a primary control zone to satisfy international trading partners who immediately banned the import of Canadian poultry. This allowed continued free movement of Canadian poultry and egg products not originating or processed within the zone.

To contain the spread, subsidiary three to 10 kilometre “restricted” zones and a one to three kilometre “infected” zones were created around each infected premise. All farms within the control zone need a permit from the CFIA before moving captive birds, poultry products and by-products on or off the property. Eggs or poultry may only leave a farm within an infected zone after the flock tests AI-negative. No eggs and/or chicks may be brought onto a farm within one km of an infected premise until the infected flock has been euthanized and heat-treated (composted) in its barn.

Infected farms will only be allowed to repopulate 21 days after their birds have been removed and all their barns, feed bins, piping and manure storage have been cleaned and disinfected to CFIA standards.

Farms within the restricted zone must maintain strict health records and have all their mortalities sampled to obtain permits.

“We didn’t have these procedures in 2004,” Nickel states. “The one km zone didn’t exist and we didn’t heat treat all birds in-barn. Now, birds are only removed when we are sure the virus is dead which helps limit the spread.”

B.C. Primary Poultry Processors Association president Scott Cummings admits the permitting process was “particularly challenging,” but says processors and the CFIA worked “diligently” to minimize delays. In a typical example, one grower within the infected zone reported vets spent five hours taking samples before his broilers could be shipped.

Since 2004, the B.C. Ministry of Agriculture upgraded its animal health lab in Abbotsford to a fully-accredited Level 3 lab, which has made a huge difference. In 2004, all samples had to be sent to Winnipeg for testing, a process which could take up to five days. In 2014, samples were sent to the Abbotsford lab. Lab staff worked double shifts, seven days a week, to turn around samples in just 4-6 hours.

Because of the international bans on B.C. poultry, B.C. chicken processors cancelled their export programs that account for about eight per cent of total production. The reduced demand for chicks meant the loss of eggs from the infected broiler breeder farms did not cause an immediate problem for local hatcheries.

Instead, says Western Hatchery manager Ernie Silveri, the real impact will come when export production resumes. “That’s when we’ll feel a big crunch because we won’t have the egg supply back yet.”

The CFIA will compensate farmers whose barns are depopulated. Although the Health of Animals Act formula accounts for the type and age of the birds, the compensation does not include the cost of cleaning and disinfection or lost business. There is also no compensation for the 17 chicken growers not allowed to repopulate since they were located within infected zones. Most were able to mitigate their losses by leasing out quota to other growers.

“Because we didn’t have the export program, growers had barn space to take up that production,” Silveri points out.

Since 2004, government and industry have been working on creating a captive AI insurance company to cover C&D and other costs not covered by the CFIA. The four poultry marketing boards had set aside start-up funds in hopes of having the company in place by at least the fall of 2014 but the B.C. Farm Industry Review Board threw a huge wrench into those plans when it refused to allow the boards to collect mandatory levies. Organizers insist the company would only be liable if all poultry producers are required to pay levies.

FIRB believes the boards do not have authority under the Natural Products Marketing Act to collect levies for such a purpose.

“There was no point in approving it if it was going to fail a judicial review,” says FIRB chair John Les.

Although the insurance company would have paid for the increased surveillance and covered infected growers’ C&D costs, the outbreak pointed out some holes.

“We discovered it would not have covered the costs of non-infected growers in the infected zone so we will revise that before we proceed,” Nickel says.

Migratory waterfowl are believed to be the source of the outbreak but that has yet to be confirmed. BCMA chief veterinary officer Jane Pritchard notes there were no “commonalities” between the two original farms. The outbreak on the second and third broiler breeder farms was due to those farms having received “spiking” roosters from the first broiler breeder farm just days before the outbreak was detected.

“Biosecurity surrounding spiking males has been discussed for some time,” Brandsma says. “Previous to this outbreak more producers had already begun to think about finding space, or building a simple facility, to grow their own spiking males.”

Nickel admits finding additional infected premises was a “shock” to the industry, given its improved biosecurity practices. He says there will be a complete industry debriefing after the outbreak is over, including a review of the epidemiology information and results of CFIA’s trace back on each infected farm.

“It would be helpful to know if the virus walked in or was blown in so we can adjust our biosecurity program to better deal with a future situation.” n