Why parts of Europe are keeping them intact. 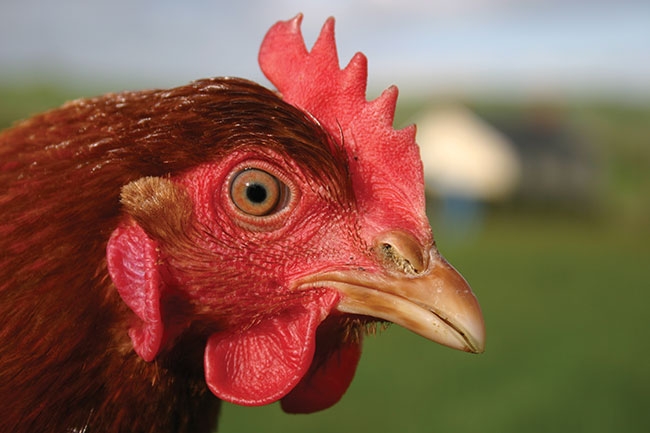 Several European countries have either banned beak trimming or are working towards a ban. PHOTO CREDIT : The Ranger magazine

Currently, European Commission (EC) directives on the protection of chickens kept for meat and egg production allow beak trimming. However, some countries, like Austria, The Netherlands, Germany and most of Scandinavia, have banned the controversial practice outright. Others, like the United Kingdom, are working towards a ban, but not without debate. Across the continent, opinions and perspectives vary.

Annex point eight of 1999/74/EC states: Without prejudice to the provisions of point 19 of the Annex to Directive 98/58/EC, all mutilation shall be prohibited. In order to prevent feather pecking and cannibalism, however, the Member States may authorize beak trimming provided it is carried out by qualified staff on chickens that are less than 10 days old and intended for laying.

The Dutch experience
Unlike bans that are driven by policy, activists or retailers, the ban in The Netherlands came in response to consumer demands for eggs from birds with intact beaks.

“I think that made it more acceptable to the industry, because if the person who buys your eggs places those demands, you are more likely to respond than when it’s prescribed by the government,” says Bas Rodenburg, professor of animal welfare at the Faculty of Veterinary Medicine of Utrecht University.

So far, the transition is going smoothly, he says. Farmers and advisers are keen to learn more about research on enrichment, rearing, nutrition and genetics.

Farm size could be contributing to ease of transition. A typical poultry barn in The Netherlands houses 30,000 birds. Each barn, however, is split into five compartments of 6,000 birds. Keeping hens in smaller compartments helps to reduce problems like feather pecking, Rodenburg says.

Housing birds in smaller compartments also lowers panic and overall movement in the house, he says.

After watching the transition in The Netherlands, Rodenburg believes production of birds with intact beaks is possible. “You might have to accept that it’s not always smooth,” he said. “But you could have, on average, higher mortality due to pecking problems.”

Rodeburg is vice-chair of the EU COST Action GroupHouseNet. The aim of the network is to provide the European livestock industry with innovations in breeding, as well as management tips for intact pigs (tails) and poultry (beaks) that are being transitioned to large group housing systems.

The network’s activities are not only of interest to Dutch and German farmers. Rodenburg says there’s been interest from other countries as well, including farmers from the Balkan region and Eastern Europe. This year a producer meeting will be held in Slovenia to inform producers about management practices that help to control feather pecking.

Several European countries have either banned beak trimming or are working towards a ban.

KAT paves the way
It wasn’t Dutch consumers that drove its farmers to halt the practice of beak trimming. A large percentage of Dutch farmers sell eggs on the German market, and in order to do so, they must be in compliance with regulations set out by KAT.

KAT is a supervisory body that oversees the origin and traceability of eggs from alternative poultry rearing methods. The association operates in Germany and neighboring European countries.

According to KAT managing director Dietmar Tepe, approximately 95 per cent of egg German farmers are connected to the system. “Only a few small German farms do not belong to the KAT system,” he says. “The German food trade has made the KAT logo on egg packaging obligatory.”

When the ‘ban’ was first introduced in 2016, it was voluntary. During the voluntary transitional period, KAT assisted its members by providing information, including how system participants can best handle various potential situations. On September 1, 2018, however, KAT introduced a new standard for beak trimming stating that every product marketed under the label, including shell eggs, liquid egg and egg powder, must come exclusively from laying hens with untreated beaks.

In order to avoid possible negative consequences such as cannibalism or feather pecking, Tepe says German laying hen farmers use material such as mineral salt pick stones and coarser bedding. “In principle, measures should be found to make the hens peck, as this corresponds to their natural behavior,” Tepe says.

The rest of Europe
At the moment it is estimated that up to 80 per cent of EU laying hens are still beak trimmed. Rodenburg believes that more will move towards intact beaks, though, especially once the larger egg producers make the switch and show that it is indeed feasible. Not everyone is ready, though.

Change, Rodenburg says, usually starts in Scandinavia and slowly trickles down and then east through Europe. As long as EU regulations allow beak trimming, producers are not obligated to discontinue the practice. They can continue to export eggs to neighboring EU countries as well. Until bans on the practice spread further, eggs from intact birds will continue to fetch a higher price, Rodenburg says.

Countries that don’t yet have a ban on beak trimming aren’t simply waiting for EU regulations to force change. Some just aren’t ready to transition just yet.

In the U.K., for instance, Christine Nicol, professor of animal welfare at the Royal Veterinary College, University of London, doesn’t think farmers are ready for a ban on beak trimming, partly because they are already wrestling with a range of other issues and pressures, like Brexit.

“Flock sizes are increasing in free-range systems, and many farmers are moving from colony cages to cage-free indoor barn systems,” Nicol says. “These changes may have welfare benefits, but also make flocks harder to manage and increase risks of pecking but also of other problems such as bone fractures.”

“If there was a more settled period for the industry and more consensus on best housing then farmers would be in a better place to move towards keeping birds with intact beaks,” she continued. “I feel U.K. farmers are simply juggling too many balls at present.”

Nicol believes the transition process could be accelerated if breeding companies were to work on developing breeds of chickens with naturally blunter beaks that do less damage.

“We know there is some variation in beak shape, but the heritability of this trait and its interactions with other traits requires more work,” she says. “But it would be good if farmers started to ask for naturally blunter beaks to encourage the breeding companies in this direction.”

While there are benefits to eliminating the practice, Nicol reiterates her concerns. “The pros would be that farmers would have to make changes that reduced risk of injurious pecking instead of considering these optional,” she says. “But in my opinion the risks are still currently too high – there could be a very nasty transition period where bird welfare is terrible.”