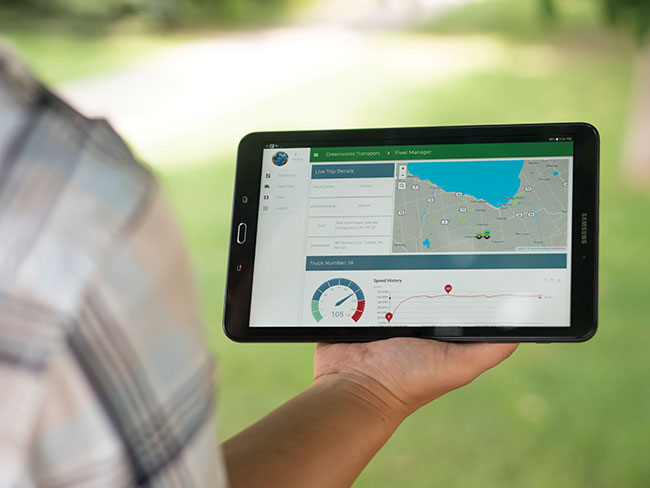 A new study has proven that a sensor-based tracking system for livestock can ensure good animal welfare during transit.

The two-year project, led by the Canadian Animal Health Coalition (CAHC), has found that Transport Genie, the electronic monitoring system developed by a Guelph, Ont.-based start-up of the same name, can successfully track microclimate conditions inside livestock and poultry trailers in real-time.

With new animal transport regulations from the Canadian Food Inspection Agency (CFIA) coming into effect in 2020 and greater public scrutiny on the welfare of animals on Canada’s roads, CAHC sees Transport Genie as an important tool to prove those standards are being met.

“There is a need to make sure transporters have tools they could use to ensure the health and welfare of animals during transporting – and that those tools are impartial and in real-time,” says CAHC chair Jennifer MacTavish, who is also general manager of Ontario Sheep Farmers. “It’s not that we think our truckers need to be kept an eye on, but we want to help them be able to prove it. So, when this project came up to street-test, it seemed like a natural fit for us.”

Monitoring conditions and regulatory compliance
Through a system of smart sensors, Transport Genie monitors conditions inside livestock and poultry trailers and provides that information to the transport driver, as well as dispatchers and others who wish to receive notifications via email or text message, so actions to correct any emerging problems can be taken right away.

The sensors record interior temperature and humidity; work to monitor CO2 and ammonia levels is still being completed. It also tracks outside temperature readings, pressure, humidity, and wind speed – all of which is matched with GPS data from the trailer. Braking, acceleration and the duration of rest stops are also monitored, which are key to demonstrating compliance with the new livestock transport regulations.

For poultry, one of the biggest changes was shortening the maximum intervals without feed, water and rest to 28 hours for feed and 24 hours for water. Previously, it was 36 hours from the time the first bird was loaded to when the last bird was unloaded.

The other big change involved the definition of transport time. Previously, it included only time spent in-transit. Now, the clock starts ticking on the 28-hour limit when either feed, water or rest is removed. Typically, feed removal will happen first, which is what starts the clock; it will keep going right until processing.

Automating risk reduction in transit
The genesis of Transport Genie came from work project coordinator Tim Nelson, currently president and CEO of Farm Health Guardian, completed a few years ago with Poultry Industry Council (PIC). That’s when the organization developed a chart to help with decision-making around whether or not birds should be transported.

“We didn’t have a good way of doing anything about trucks that run into inclement weather – should a truck be loaded or can the truck be set accordingly to mitigate damage? That stuck in my mind a lot,” Nelson recalls. “There were issues with transport in other livestock, too, and I knew we needed a better way to do this.”

Nelson and co-inventor Joel Sotomayor were already working on another farm health technology project called Be Seen Be Safe, which records and analyzes movement data between farms in an effort to contain animal disease outbreaks. At the same time, the CFIA had started consultations on updating livestock transportation regulations and national codes of practice for the care and handling of farm animals were also being reviewed.

“Now that we had smart ways of monitoring things and sending information, we thought surely there is a way we can monitor poultry and livestock in transport – so Joel and I put our heads together,” Nelson says. 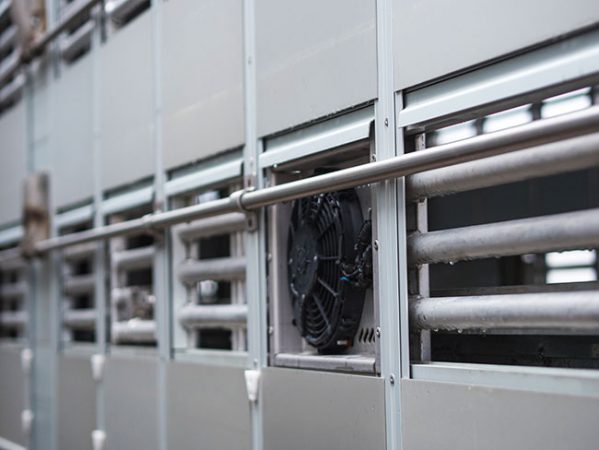 Luckhart Transport, a livestock hauling company based in Sebringville, Ont., tested the sensors and provided feedback for the project.
Photo: Transport Genie

Improvements
When it came time to put the technology to the test, Nelson approached CAHC and the project, involving researchers at University of Guelph, University of Saskatchewan and Agriculture and Agri-Food Canada, as well as livestock transport industry partners, received government funding through the Canadian Agricultural Partnership.

The technology was tested in different seasons and climatic conditions over long- and short-haul distances using a variety of trailer designs and hauling multiple species. Luckhart Transport, a livestock hauling company based in Sebringville, Ont.,tested the sensors and provided feedback.

The work was invaluable in determining things like sensor placement, what types of measurements should be monitored for best results, and even the best types of materials for sensor casings to avoid animal damage, Nelson notes.

“When it comes to positioning of sensors in the trailer, where do you place them if you want to monitor the environment on an entire load of chickens? Those on the outside suffer from cold, while inside they overheat,” he says. “We also found that for poultry, monitoring temperature is not the best and that monitoring CO2 levels is much better. When poultry stress, they breathe heavily and CO2 goes up, so the project went from measuring temperature to temperature, CO2 and humidity.”

Dr. Terry Fonstad at the University of Saskatchewan conducted durability testing of the sensors in transit. Sensors must be able to withstand pressure washing, chemicals used during cleaning and disinfecting, and the ongoing vibrations caused by bumpy rural roads and railways crossings.

At the same time, they have to be able to function equally well when the trailer is empty and subject to -40°C outdoor temperatures and while the trailer is being heat treated at 100°C to kill pathogens between loads.

Ready for industry use
According to Nelson, the Transport Genie team decided to focus on development of a robust and reasonably low-cost system that will work on majority of conventionally built livestock trailers on Canadian roads today that needed a way to monitor livestock in transit. Data is encrypted.

“We cater to a retrofit system that can fit into any type of truck so people can be compliant with the regulations,” he says, adding that once the system was running and providing data, Transport Genie started attracting interest from many parts of the world.

It’s now already being used by a large Swiss poultry producer and Meat and Livestock Australia is trialing the system for live animal exports. And although Luckhart Transport continues to use the system, it has yet to see widespread uptake in Canada.

“The livestock industry needs this like oxygen,” Nelson believes. “It’s robust and it does a good job and we were working with a group (Luckhart) who were very helpful. We now have the use case and the system is ready to go.”