Quebec egg farmers have nothing to hide, but how can this confidence be conveyed to buyers? 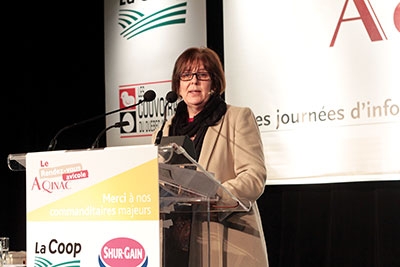 CTV’s W5 story showing bad treatment of layers and chicks on Alberta farms was never aired in French, but it did have repercussions in Québec. At the Fédération des producteurs d’oeufs de consommation du Québec (FPOCQ – Quebec Egg Farmers), serious brainstorming is going on, to find ways to reassure egg buyers.

The images that Mercy for Animals Canada provided to W5 caused the phone to ring at the FPOCQ, and communications manager Philippe Olivier had consumers asking about housing systems. “After talking to them, they understood a lot better. I explained that animal cruelty is not related to a specific cage system,” he says.

More importantly, inquiries came from major egg buyers. In the egg processing and retail industries, the big players are the same across Canada, says FPOCQ president Paulin Bouchard. The crisis had an impact on all egg farmer associations, he says.

“We have no doubts about our farmers’ behaviour with their birds,” says Bouchard, an egg producer in Saint-Gédéon-de-Beauce. “We know our members and they know their trade very well. I don’t think there are actual animal welfare problems out there. The real problem is how to communicate and reassure the people.”

Bouchard was able to identify the different types of housing systems used in Amin Valji’s two Edmonton-area farms. “I didn’t see housing equipment problems,” he says. “What I saw were human behaviour problems with bird handling and euthanasia methods. They are all things that could have been corrected in 10 minutes.”

However, the harm is done. How can the damage be repaired?

Bouchard uses an analogy: if you were accused of mistreating your kids, what could you do to reassure people in the community who no longer trust your parenting skills? Take your kids to Disney World, or publish pictures of you caring for them?

‘’We have great trust in our members, but how can we transmit this trust to consumers, or to those who market our eggs?’’ Bouchard asks.

To get started, the FPOCQ drafted a list of industry stakeholders who could be shaken by animal rights activists. Then, communication channels were chosen to reach them efficiently with a positive message.

IT’S ABOUT BEHAVIOUR
Bouchard suspects the coming update to the Code of Practice for the Care and Handling of Poultry – Layers will not bring much change, as existing audits already ensure farmers use appropriate housing systems. “The problem is about behaviour,” he says. “We will never have a program that will make it possible to watch farmers and their employees 24 hours a day.”

If retailers and buyers need to be reassured third-party audits are unannounced, then the PFOCQ will not object. “We’ll have to agree on what exactly will be audited, though,” Bouchard adds. “How will we audit human behaviour?”

The FPOCQ is encouraging its members to behave as if they were being watched. “I tell our members: act as if there were a camera in your barn. If a journalist or an inspector showed up unannounced, you could always be proud of what you do,” Olivier says.

Almost every year, an egg farmer welcomes the public to his farm during the annual open house event organized by the UPA, the provincial farmers’ union. Last year, around 200,000 people visited one or more of the 100 participating farms. In 2013, the FPOCQ also filled a bus with people from retail, government and other agrifood stakeholders and had them visit a hatchery.

To better inform the public despite strict biosecurity rules, the FPOCQ launched it Egg Interpretation Center in 2005. Inside a 16-metre-long trailer, 48 layers are housed in battery cages, at the same density one could find at a real farm. “In the beginning, we were a little scared, but people’s reactions were very positive,” Olivier says. “Visitors understand why hens are housed in cage systems.”

The Egg Interpretation Center goes to schools, festivals and other public locations. To this day, 150 000 visitors pushed its doors and learned about egg production.