Brian Evans of the World Organization for Animal Health (OIE) says that crisis management success is dependent on addressing communications and relationships. 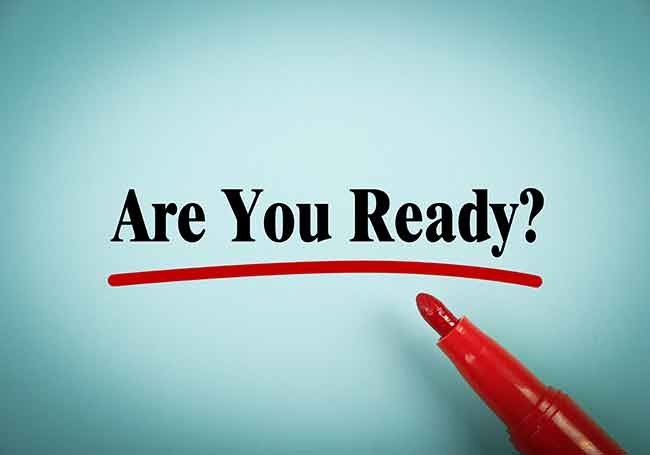 While the biological event itself sees the biggest investment when AI strikes, in a recent interview Brian Evans of the World Organization for Animal Health (OIE) said that crisis management success is dependent on addressing communications and relationships. Photo: Fotolia

If there was one moment that stood out at the International Egg Commission’s (IEC) Global Leader Conference in Berlin last September, it was the moment Jim Dean described the devastation on his farms during the 2015 avian influenza (AI) outbreaks in the U.S. (see Canadian Poultry, Feb/March edition pages 34-36). Dean, CEO of Centre Fresh Group, had the room’s attention from the moment he opened his mouth. He didn’t use slides or stats; he spoke straight from the heart – and experience. It wasn’t difficult. After all, he had lost some 9.9 million birds to AI in that outbreak. No one was more surprised at that time than Dean. “We thought we had the most robust biosecurity program that we could even think of,” he said. “We thought that we were fine.”

The thing is, they did have a robust biosecurity program. In fact, just one month earlier Centre Fresh Farm had gone through a full government audited bio-security inspection. “We received a score of 100 per cent without any deficiencies,” Dean said. “We were infected April 27, 2015.”

The story stood out not so much because of the sheer devastation on the farms, but for the simple fact that it meant no one was safe. That revelation was painfully clear on the faces of the conference’s attendees, who shuffled uncomfortably in their seats. To this day, Dean is uncertain how his farms were infected.

“I’m not sure anyone will know for sure,” he said. “Two complexes broke on opposite ends of the complexes. One was not near a doorway, so we believe wind. The other one broke possibly by a door, so a worker could have tracked it in.”

Envisioning the ideal farm
What would a model farm look like today if you had the best biosecurity possible? That’s the question Andrew Joret of Noble Foods in the U.K. asked the conference attendees. “None of us probably has a model farm,” he said. “It’s about how far away from that we are and if we can do anything about changing the farm to get something like what we think is safe.”

According to Joret, the most ideal location for a poultry farm is somewhere far from open water sources, migratory pathways and neighbouring production units and populations.

Ideally, the perimeter of that farm would be fenced with a single point of entry. “At that entry point you have to have a barrier to disinfect, and when you decide you’re going to actually let a vehicle on your farm, then you can disinfect it,” he said. “There are many, many farms with no fence at all, and that’s an enormous risk.”

The employee car park should be located outside of that fence. “This will force them to walk through the fence on foot and then through whatever biosecurity measures you use on your farm,” Joret said.

The buildings, he said, should be vermin and bird proofed. They should be designed with a cleanable concrete apron, and provisions for rainwater removal. Even where outdoor access is provided, buildings should still meet those standards for periods of shut in.

“Some people would certainly say that there shouldn’t be outdoor access at all,” Joret said. “It presents an increased risk.”

According to Joret, farm size needs to be addressed, too. Consider the impact of stocking density on immune status and animal welfare. While he didn’t suggest an optimum size for farms, he did say that it was something that should be looked into.

“The movement of people also presents a risk,” Joret said. “But contrary to what one might think, regular staff present a lower risk than visitors to the farm. The biggest risk of all is the people who move from one farm to another, for example, the service providers or engineers.”

The solution to this problem, he said, is to have as few staff working the site as possible. Treat staff well, he said. Pay them well, provide them with food and clothing, and facilities for hygiene.

Perhaps most importantly, though, Behr recommends setting up a mobile disinfection unit for staff, as well as for trucks and equipment. Lastly, staff should be paid to stay away from poultry farms and facilities for the 72 hours following cleanup.

Crisis management beyond the farm gate
While the biological event itself sees the biggest investment when AI strikes, in a recent interview Brian Evans of the World Organization for Animal Health (OIE) said that crisis management success is dependent on addressing two other elements simultaneously: communications and relationships.

“Full disclosure is in everybody’s best interest to rapidly contain and deal with the circumstance, and it’s the most effective weapon that can be used to maintain or rebuild public confidence in the aftermath,” Evans said.

Evans used the example of BSE in Canada to highlight what full disclosure can do for the industry. “Unlike in other countries in the world, the Canadian experience of BSE was one where we actually saw beef consumption rise in the country instead of fall,” he said.

This was possible, he added, because there was consistent messaging from government, industry, third parties, academics and public health. “They all reiterated the fact that what was being done was based on 20 years experience gained in the U.K. and other countries,” he concluded.

When you’re going through an emergency there will be stresses. Difficult decisions have to be made that can have economic impacts on the livelihoods of producers, the food supply chain, and on food costs to consumers.

“These are not decisions that can be taken lightly,” Evans said. “It is important that when you’re going through these circumstances that the communication level is good because you are also establishing the basis of trust that you will have going forward in the recovery phase, hopefully, and building a better situation to prevent these things in the future.”

“Diseases will happen; no country can prevent that,” he continued. “But countries that handle emergencies well tend to be those that trade well.”