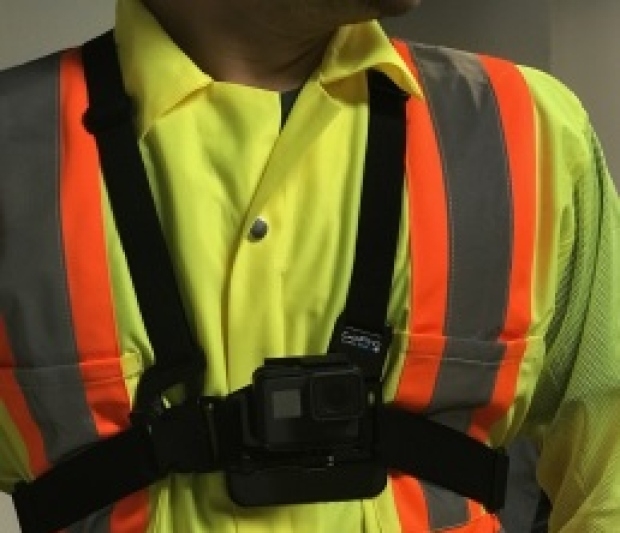 Elite Services wanted to require one supervisor and two staffers to wear cameras on their vests following the release of a shocking undercover video. Elite Services

February 8, 2017, Victoria, B.C. – British Columbia’s privacy commissioner says a chicken-catching company was not authorized to use video surveillance on staff in response to an animal cruelty investigation.

Elite Services in Chilliwack said in June it would require one supervisor and two staff members to wear cameras on their vests after an animal advocacy group released an undercover video that allegedly showed workers hitting, kicking and throwing chickens.

Drew McArthur, the province’s acting information and privacy commissioner, says he launched an investigation following media coverage of the case over concerns the video surveillance was being used as a “quick fix” and could violate privacy rights.

The investigation found that Elite Services implemented the video surveillance to prevent employee misconduct and restore the company’s reputation.

“But video surveillance should only be used as a last resort, not as a substitute for ineffective recruitment and training protocols,” McArthur says in the report released Wednesday.

He says the company did not consider the privacy risks involved in collecting the video, and the employees who were under surveillance were not the same workers who were allegedly responsible for the original misconduct.

Elite Services said in June that six staff members were fired as a result of the undercover video, including two who were let go before the footage was released.

The company did not immediately respond to a request for comment, but McArthur’s report says it stopped video recording its employees once it was aware of the privacy commissioner’s investigation. McArthur’s report recommends the company stop using the video cameras.

McArthur says his office found the company was collecting personal information from individuals without consent, including from farmers, truckers and contractors.

The investigation found the collection and use of the personal information was not reasonable.

“Too often, organizations like this one turn to surveillance believing it will fix their crisis or problem. Organizations need to understand the privacy risks associated with surveillance and take all reasonable efforts to avoid them,” the report says.

McArthur’s report makes seven recommendations, including that the company destroy all existing surveillance video and develop formal procedures to make sure personal information is protected in the future.