CFC is lobbying to defend spent fowl markets for producers. 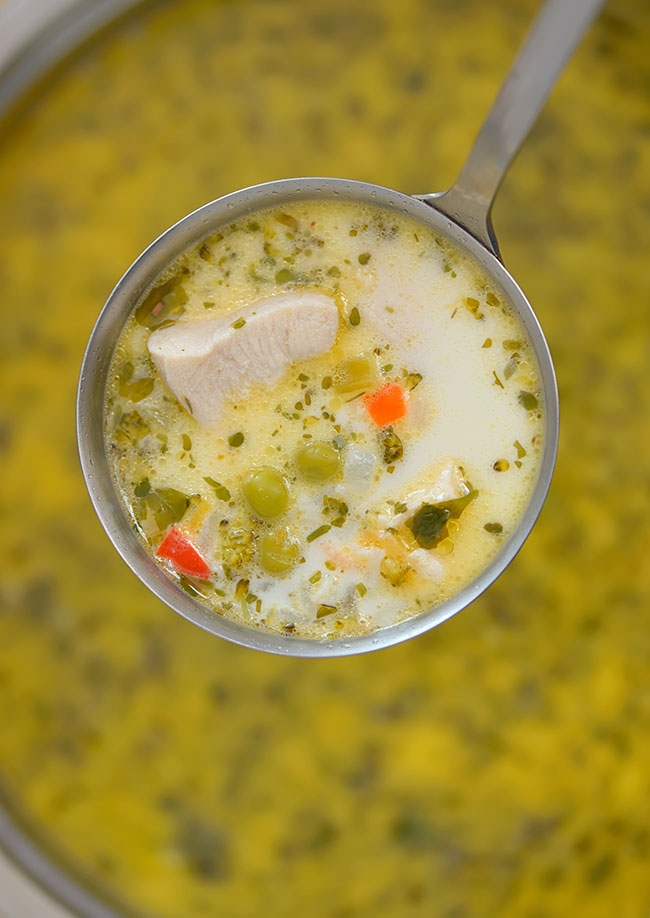 When a laying hen is finished laying she becomes “spent fowl,” with her meat used for deli purposes or tenderized and flavoured for soup or TV dinners. Much of this spent fowl is imported from the United States under no tariff restrictions. Photo: Fotolia

When a laying hen is finished laying she becomes “spent fowl,” with her meat used for deli purposes or tenderized and flavoured for soup or TV dinners. Much of this spent fowl is imported from the United States under no tariff restrictions, fulfilling a Canadian demand that does not displace broiler meat.

Foul play was suspected, however, when more spent fowl started entering into Canada than the U.S. produced. It turns out broilers were being issued forged passports and shipped into Canada as spent fowl to avoid Canada’s importation rules for broiler chicken meat.

Chicken importation in Canada is subject to a tariff rate quota where a volume representing 7.5 per cent of the previous year’s production can enter the country duty-free or at very low duties, and other importations exceeding the 7.5 per cent access level face a stiff 238 per cent tariff.

One current American court case explains the situation clearly. In January, Tip Top Poultry Inc., a major processor and exporter of spent hens based in Marietta, Ga., filed a complaint against the Santemp Group of Detroit, a company that consolidates shipments for export. According to court documents, Tip Top alleges: “Santemp Group has utilized its inspection station to evade Canadian import controls by labeling broiler meat, whose importation into Canada is limited, as spent fowl. Santemp Group circumvented Canadian tariffs by placing Tip Top’s labels onto broiler meat and submitting paperwork to the [United States Department of Agriculture] inspector and Canadian border control agency falsely stating the package contains spent fowl originating from Tip Top’s processing plants when it did not.”

Yves Ruel, manager of trade and policy at the Chicken Farmers of Canada (CFC), doesn’t believe the issue is being taken lightly south of the border. Tip Top, a family-owned and operated company since 1947, not only has their reputation at stake but the company would be placed at substantial risk in the event of a recall. At the same time, their spent fowl fills a demand. “We don’t want to stop legitimate imports, just the fraud,” Ruel says.

The first recommendation was to implement a mandatory certification for imports classified as spent fowl and randomly use a newly developed DNA test to guarantee proper classification. The CFC document reported that, in the first half of 2016, “Canada has imported 114 per cent of the United States’ entire spent fowl breast meat production. This is impossible of course and points directly to import fraud.”

One problem in detecting this fraud is that there has been no way to visually distinguish spent fowl from broiler meat, but a new forensic DNA test, developed at Trent University with support from CFC, may be able to do just that.

In response to the CFC request, in November 2016, federal Minister of Agriculture Lawrence MacAulay announced that “to ensure appropriate tariff classification of spent fowl, the government will also look at specific options regarding certification requirement for imports of spent fowl product, while ensuring that any such requirement would be fully consistent with Canada’s international trade obligations.”

At this point the Canadian Food Inspection Agency (CFIA) is also reviewing the validity of the DNA test to make sure the results will “stand up in court.” Ruel says just increasing audits without the DNA test won’t work. “Based on the legal complaint from Tip Top, they’re forging papers and paper audits will not catch that.”

The next step will include a feasibility pilot project that will help to streamline the logistics of the audit process. As Ruel explains, trucks will not get screened at the border but samples will be collected at the receiving plant where the sealed truckload will be opened and inspected by the CFIA. Random DNA samples will be taken to identify the source of the meat, then it will be up to the Canada Border Services Agency (CBSA) to collect any duties owing.

Ruel is hopeful this initiative will move forward quickly and he is expecting a new system to be in place by this summer.

Duties relief program
The second recommendation made by CFC involved the Duties Relief Program (DRP), under which companies can import goods without duty as long as they are exported after processing within a maximum timeframe of four years. The CFC argues the DRP is not designed for poultry.

As Ruel explained, the Duties Relief Program works well for manufactured items, such as a ships: the steel would be imported, integrated into the ship, then the ship would be exported. For perishable products, it’s unrealistic. Not only is the four-year time frame between import and export not reasonable for a meat product, even if frozen, it does not address substitution of product when poultry is measured on a weight basis, rather than on value. The DRP also allows marination, which results in less chicken being re-exported, pound for pound.

Under these loopholes, Ruel estimates that for every 100 kilograms of meat imported under the DRP, about 20 kilograms stays in Canada, taking away that production from Canadian farms and processors.

Fraud is happening with the DRP too. Earlier in 2016, the CBSA found five companies in violation of the Duties Relief Program. Those companies received fines to cover applicable duties, interest and penalties and their DRP licences were suspended.

The CFC has recommended that chicken be excluded from the DRP and be brought into Canada instead through the pre-existing Import to Re-Export Program (IREP), administered by Global Affairs Canada and specifically designed for supply-managed products. Under the IREP program, companies have three months to re-export with no substitutes of different quality and no marination. Such a move would also be more efficient, reducing duplication of government programs.

At this time the Canadian government is conducting consultations with users regarding potential changes to both programs. The dairy and poultry industry associations were expected to be involved in further industry consultations after questionnaires were completed on Feb. 24.

A third recommendation
While the CFC had the ear of the finance committee, they made a third recommendation, to re-instate the sauce and cooking requirements of specially defined mixtures (SDM) as defined in Canada’s commitments to the World Trade Organization (WTO).

“Chicken combined with 13 per cent of other ingredients is labeled a ‘specially defined mixture’ (SDM) and is not considered chicken for import control purposes,” the proposal states. “Some companies have identified this as an opportunity to circumvent trade rules by adding sauce to a box of chicken wings or by creatively packaging two distinct products together.”

DNA testing chicken meat will ensure consumers get what they pay for
When you go to a restaurant for an expensive dinner, you expect you’re going to get exactly what you ordered.

But what if the restaurant or its supplier substituted your sword fish for a cheaper product like tilapia and didn’t tell you? The products might be similar in taste and appearance, leaving you misled about what you really paid for.

The same problem can exist in poultry. Consumers and importers expecting to purchase fresh chicken raised by Canadian farmers could potentially be deceived into buying meat from older laying hens (called spent fowl) that are a byproduct of egg production.

While birds called broiler chickens are raised for meat consumption and are the product most frequently found at meat counters, spent hens will also be processed once their egg laying productivity declines. Their meat, which can be tougher and stronger tasting, is used for processed products like soups, patties, nuggets or deli meats.

More seriously, though, meat from spent fowl could pose a risk to someone with a severe allergy to eggs if it is improperly labelled.

Broiler meat entering Canada is subject to import controls and tariffs, but those limits don’t exist for spent fowl, resulting in a high potential for deception. Until recently, there wasn’t a DNA test that could differentiate between the two.

This problem is believed to reduce the Canadian chicken industry’s contribution to the national economy by an estimated $500 million annually, taking a toll in lost sales, jobs, and GDP contributions. Now there’s a potential solution, thanks to a Canadian DNA-based analytical company called Sterisense.

Sterisense had already been working on DNA testing of products for grocery stores and restaurants when, in 2012, after meeting with Canadian meat processors, company president Geoff Lumby was asked if he thought a spent fowl test was possible.

He embarked on a successful partnership with researchers at the Natural Resources DNA Profiling and Forensics Centre (NRDPFC) at Trent University to determine just that. Although the project is still being tested, the results so far are encouraging.

Lumby, Trent scientists, CFC and other industry representatives have met with federal government representatives to demonstrate their findings and are now working toward a deeper validation of the testing. That will include working with legitimate American companies on blind samplings to ensure the test accurately and reliably distinguishes between the two types of meat.

Yves Ruel, CFC’s manager of trade and policy, says that the next challenge will be to determine how the testing is implemented.

“It’s a technology that both the industry and consumers are really interested in,” Lumby says. “The tests will remove all risks of buying fraudulent product and give consumers added reassurance that what they’re paying for is what they’re getting.”

This article is provided by AgInnovation Ontario, a project of the Agri-Technology Commercialization Centre (ATCC). The ATCC is funded by Growing Forward 2, a federal-provincial-territorial initiative.