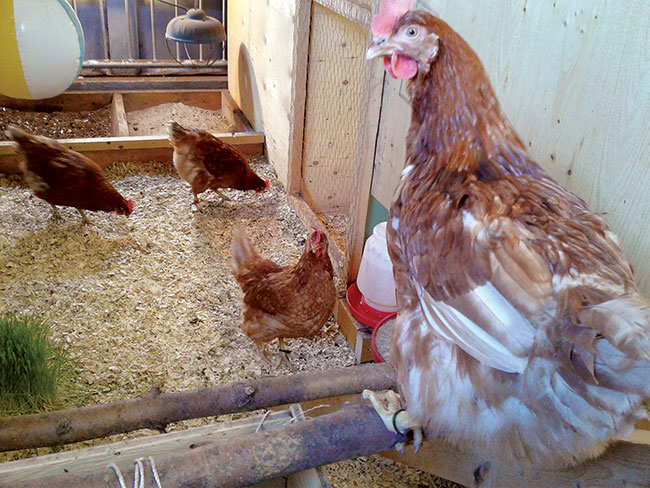 It is widely accepted amongst scientists that people who live what is considered a happy life – enough to eat and drink, stable relationships, satisfying work – are generally better at handling stressful events thrown their way. Conversely, if life is difficult, stressful events will be harder to handle and will have a more profound negative impact.

A growing body of research is showing the same to be true in lab animals, according to behavioural biologist Georgia Mason, a professor at the University of Guelph’s Integrative Biology Department and Director of the Campbell Centre for the Study of Animal Welfare.

Studies have shown that rats and mice housed in groups, in enriched cages with running wheels where they can run, dig, climb, and explore are braver and calmer when they’re subjected to experimental stresses like loud sounds, predator odour or bright lights.

“In my lab we’re interested in long-term housing conditions: What does it mean to have a good life? It’s more than having food and water. It’s having things like social contact, safety and opportunities to forage and explore. When we can provide that, it looks as though we can give animals a double benefit by also making them better able to handle things like transport or going to the vet,” Mason says.

“You can make resilient animals through genetic selection or through early experience involving good parental care, but it looks as though giving them a satisfying home is also important,” she adds.

Some of the scientist’s most recent research has shown this to be true of poultry as well, specifically laying hens, where she and her team looked at how the birds react to two different types of acute or sudden stress.

According to Mason, mammals and birds have common responses to stress controlled by the nervous system. One includes rapid breathing, increase in heart rate, dry mouth and pupil dilation, which is the “fight or flight” response felt during fear. Another is the “startle reflex”.

“The startle reflex is if you jump out of your skin. It’s a primitive response when we startle and our hands and necks jerk and we blink,” Mason explains, adding that this also happens to birds. “If you’re anxious or nervous, you startle much more readily, and the size of this reflex can tell you about the underlying state of animals too.”

Responses to stress
Ninety-six ISA Brown hens were part of the study in two separate cohorts of 48 birds, bought five months apart from commercial suppliers at 18 weeks of age and moved into their experimental control or enriched pens four weeks later. Mason and her PhD student Misha Ross then assessed “fight or flight” and startle responses by scaring hens in two different ways.

Birds in the study were taken out of their pens, put onto a force plate into a dark chamber and startled with a camera flash. Their peak response, a jump, happened at 100 milliseconds after they were startled and the birds were back to normal in half a second.

What the research team observed is that the force of this jump was much higher in birds living in non-enriched environments. The startle reflex magnitude was reduced by over 80 per cent in hens with enriched housing, Mason notes.

In the second trial, hens were taken out of their cages, restrained in a jacket, and scared with a suddenly opening umbrella. In frightening situations, blood is shunted to the heart and muscles to prepare for escape as part of the “fight or flight” response and as a side effect. Skin cools down as that blood is moved away. In humans, this often manifests itself as “going white with shock”.

The researchers used a thermal camera to photograph the hens before and after they were scared. This allowed the researchers to observe their immediate response and any corresponding changes in temperature of the exposed skin on their combs.

“This gave us two separate measures to show that enriched hens are less reactive, less perturbed and less upset,” she says, adding all challenges happened outside of the pen so their decreased reaction was not as a result of being “distracted” by the enrichment options in their housing. 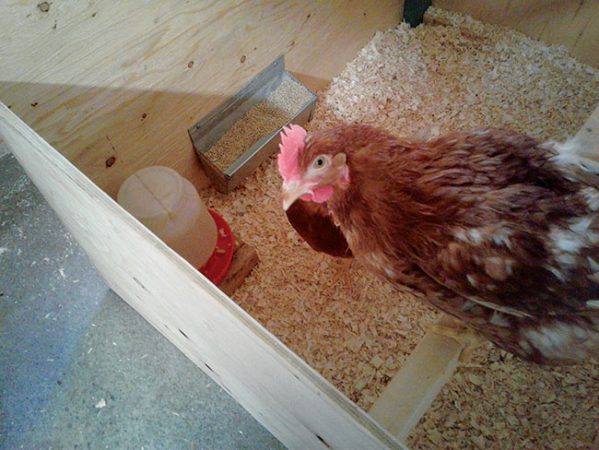 Control pens were two metres square with bedding and perches.

Roadmap for on-farm use
Mason cautions that the housing systems used in the study are not practical for commercial egg farm settings: Control pens were two metres square with bedding and perches and enriched pens were three by four metres with different perches, two types of dust baths, a heat lamp for sunbathing, grass and a belt feeder providing a steady supply of treats.

Mason’s work was focused on proof of concept and answering fundamental questions about animal housing, and she hopes other livestock and poultry researchers will translate this into practical applications for on-farm use.

For farmers, the takeaway from this work is that modifying housing can help hens deal with challenges outside of their cages. This could lessen the stress of things that happen to them outside of their normal environment, like transport, for example.

Work Mason has done with farmed mink showed similar results. Giving them a ball to chase or a plastic hanging sign to chew reduced some abnormal behaviour and increased fertility with fewer animals barren and farmers reported the animals were less likely to shriek when handled and were calmer when around people.

Another potential benefit, although not something Mason herself has researched in poultry, is that animals and people who are less stressed are also more resilient from a health perspective, which is of particular importance as the industry is actively working to reduce antibiotic use to keep animals healthy.

“Welfare can have knock-on benefits; if you can produce animals that are more bullet proof all around, it’s helpful to the farm,” she believes.

This project was funded by the University of Guelph’s Food from Thought program, as well as a Natural Science and Engineering Research Council (NSERC) Discovery Grant and an NSERC scholarship to Misha Ross.