What’s being done to strengthen the recovery phase. 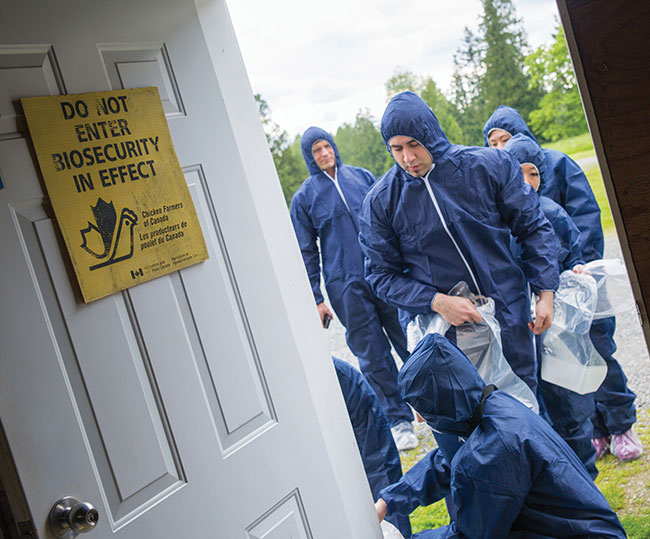 Poultry organizations have made substantial progress in improving their response to potential disease outbreaks over the last few years. While that progress continues, they have also strengthened their plans for the post-outbreak recovery phase. They’ve done so to make sure the return to normalcy is as smooth and fast as possible.

A few years ago, the federal government provided about $1.7 million to a few organizations to help them explore how compensation might be provided to producers who suffer financial losses because of an outbreak. This helps rapidly get money to producers or quickly compensate them for the costs of cleaning and disinfection, lab tests and veterinary visits, depopulation and other tasks.

For avian influenza (AI), for example, the Canadian Food Inspection Agency does provide some compensation to producers. That said, it’s only about 25 per cent of total losses for infected farms and none for quarantined farms. Producers are obviously at risk for costs due to outbreaks of other diseases as well.

FBCC was formed by Chicken Farmers of Ontario (CFO), Egg Farmers of Ontario (EFO), the Ontario Broiler Hatching Egg and Chick Commission (OBHECC) and Turkey Farmers of Ontario (TFO) to collaborate on disease control. It used the funding to do extensive analysis of how an AI compensation program might work. It used computer modelling to analyze many outbreak factors such as virus infectivity, control measures, speed of detection and the number of farms that are typically involved in an outbreak.

It also completed an extensive producer consultation. “They didn’t want premiums to be too high, but they also learned about the total costs that any of them are on the hook for during and after an outbreak,” FBCC manager Tom Baker explains. “This includes the true value of the birds, vet and lab costs, cleaning and disinfection and the possible costs of having to rent an empty barn, if possible, for raising chicks that can’t enter a quarantine zone.”

In the end, FBBC and its collaborators concluded that premiums would be affordable, and now three of the boards have implemented a producer-paid program, with TFO to follow. “It was a lot of work and I’m really proud of Ontario poultry farmers,” Baker says. “I really think having the insurance in place is an important tool for outbreak recovery. It incentivizes producers to report a possible outbreak, as they won’t be out of pocket, and enables them to clean up more quickly because they have the money for it.” 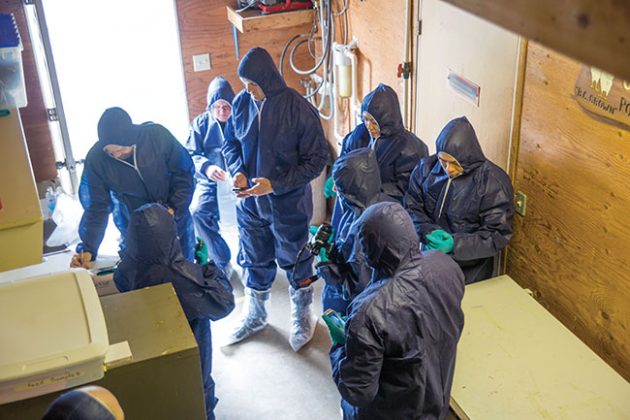 Premium calculation
David Bethune, general manager at Nepean, Ont.-based PIE, has also gone through the process of determining poultry disease-loss insurance premiums, modeling future outbreak risk by analyzing factors such as the frequency and severity of past outbreaks and also geography.

That is, it obviously matters whether poultry farms are concentrated, such as they are in B.C.’s Fraser Valley, or more spread out, as they are in the Prairies. “It’s a relatively sophisticated process to determine premiums,” Bethune says, “and we work yearly with consultants and reinsurers in Europe, as that’s where the global centre of livestock insurance is based.”

Insured groups are OBHECC members and producers who hold a hatching egg producers’ licence in Alberta and Saskatchewan. In 2012, PIE began insuring EFO producers against losses due to SE, HPAI and LPAI H5 or H7 in egg layers and pullets and breeder layers and pullets. As previously stated, in late 2018, PIE began insuring members of three of the four poultry boards in Ontario for AI, with TFO to follow.

Bethune notes that, in the future, existing insurance programs may expand to include other diseases. In addition, poultry associations in other provinces may choose to put insurance in place for their members. “Each province has its own outlook and different circumstances,” he says.

“In Ontario, it was important that the whole industry be covered. In Alberta, they requested AI coverage and coverage for Salmonella when it became a reportable disease a few years ago.”

In Quebec, CEIRA provides insurance for reportable diseases such as AI and covers expenses not covered by CFIA (the insurance mainly covers the costs of disinfection). “For ILT (infectious laryngotracheitis) and MG, as there is no government assistance at all, the program covers several sources of loss, including the bird value of lost or depopulated birds,” EQCMA coordinator Martin Pelletier says. “All commercial poultry producers in the province except turkey producers are participating in the program.” (Turkeys are not affected by ILT.)

B.C.’s AI coverage through CEIRA came about well after the 2004 HPAI outbreaks, when the province’s poultry industry undertook an extensive risk assessment and developed a four-point industry risk-mitigation strategy. It included mandatory biosecurity, enhanced surveillance and development of both an emergency management plan and a financial risk management plan. By 2010, exploration of insurance strategies had started. “The initial delivery mechanism was an industry-owned captive insurance company registered in B.C.,” explains B.C. Chicken Marketing Board chair Harvey Sasaki.

However, in 2013, the B.C. Farm Industry Review Board (the supervisory body for the province’s poultry marketing boards) looked into the matter. In 2014, it ruled that existing regulations did not explicitly enable the boards to establish mandatory disease insurance. However, Sasaki explains that “following the 2014 HPAI outbreak, the B.C. Ministry of Agriculture amended the legislation to make it possible.”

The industry initiated a further insurance review in 2016, and the B.C. Broiler Hatching Egg Commission and the chicken and turkey boards agreed to maintain contingency reserves to share in the cost of disinfection due to an AI outbreak in accordance with the risks of each sector. They are covered by CEIRA for both market loss and disinfection due to SE and AI. The boards also have a fund management agreement to address future AI discoveries, and they periodically review it, along with level of coverage and share of risk.