Ontario researchers have benchmarked welfare indicators in both systems 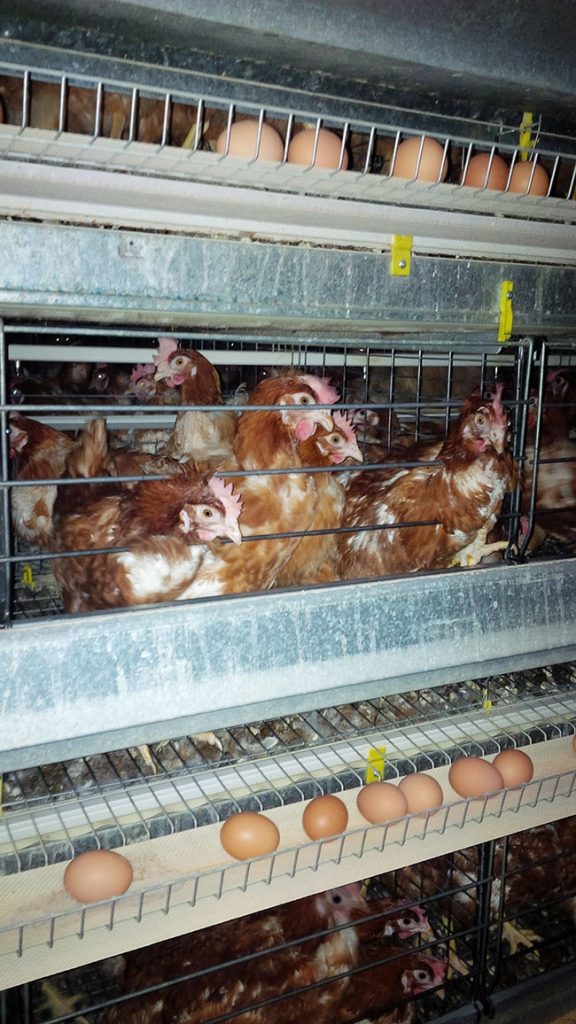 Benchmarking welfare indicators is important for ensuring that progress is made in improving the well-being of hens.

As consumers, retailers and the broader community continue to demand movement towards housing systems that place high value on offering improved behavioural opportunities for hens, it’s important to track measures related to their physical condition. Do the proposed solutions carry unintended consequences? What are the physiological and physical effects of more open housing systems?

As a benchmarking tool, researchers Mike Petrik, Michele Guerin and Tina Widowski have just published a study that gives a snapshot of commercial Ontario brown laying hens in cage and non-cage systems using three welfare indicators: keel bone fracture prevalence, feather scores and cumulative mortality. These three parameters are typically used to reflect some of the physical aspects of the welfare status of the hens.

Benchmarking welfare indicators from alternative housing systems is important to ensure that progress is made in improving their well-being. This is the first study in North America to compare housing systems on multiple farms as well as providing a more detailed assessment of keel fractures during the life of a flock.

All hens were beak trimmed; caged pullets were grown in caged housing and floor flocks were grown in single-tier floor pullet houses.  All birds were fed a commercial diet that was adjusted to individual flock requirements.

Hens were sampled four times over the course of lay, at 20, 35, 50 and 65 weeks of age. At each visit, 50 hens were weighed and palpated for evidence of healed keel bone fractures. Feather scores were assigned based on evaluation of the neck, back, breast and vent. The daily records maintained by the farmer provided mortality data.

Keel fracture prevalence was significantly higher for the floor housing compared to conventional housing.  As birds neared the end of lay at 65 weeks, the fracture rate was 54.7% compared to 40% for caged flocks. These floor-flock figures were comparable to those for floor birds in Europe (45 to 86%) but the conventional numbers were greater than those reported in conventional cages in the UK (26 to 30%). This might be due to the difference in cage size (483 cm2 in North America vs. 550 cm2 in Europe) that may result in more piling behaviour, or possibly cage design or nutritional factors.

Results
Keel fractures are often attributed to traumatic injury. Five of the eight floor barns in this study had no perches; the researchers suggested that fixed perches were not a contributing factor to the incidence of keel bone fractures in these flocks.

While most studies evaluate keel fractures at the end of lay, this study points to fractures occurring much earlier in production. In this study, the fracture prevalence increased substantially from 20 to 50 weeks in both floor and cage systems, after which the incidence stabilized. This is a serious concern because fractures occuring early in lay results in a higher potential for chronic pain over the course of production.

Flock-level mean feather score was not significantly affected by the housing system, possibly due to the hens having been beak trimmed. Cumulative mortality tended to be lower (1.29%) for cage housing than floor housing (2.13%), but the figure for floor housing was much lower than in other studies, which have indicated that non-cage systems put hens at a much higher risk for feather pecking, cannibalism and mortality for various reasons. These feather condition and mortality results showed that these Ontario flocks performed really well.

Mean body weight was lower but more uniform in floor housed flocks compared to cage housed flocks, possibly due to a higher activity level and the need to search for feed.  Heavier birds had more fractures, so in a chicken or egg type of question, did heavier birds have more keel fractures because of their weight, or were they heavier because of less activity due to the fracture? Production parameters and behaviour were not evaluated in this study.

More work is indicated to identify specific risk factors and etiology of keel fractures, especially if non-cage housing becomes more common in North America. These findings indicate that younger hens, between 20 and 35 weeks of age, showed the highest incidence of keel bone fractures and should be the focus of future studies.

As the layer industry continues to evolve, the benchmarking of welfare indicators from alternative housing systems from this study will help to ensure that progress is being made to improve the well-being of the hens.

This research was funded by Egg Farmers of Canada and the Ontario Ministry of Agriculture and Food. The researchers would like to thank participating egg farmers in Ontario for allowing access to their flocks and records.