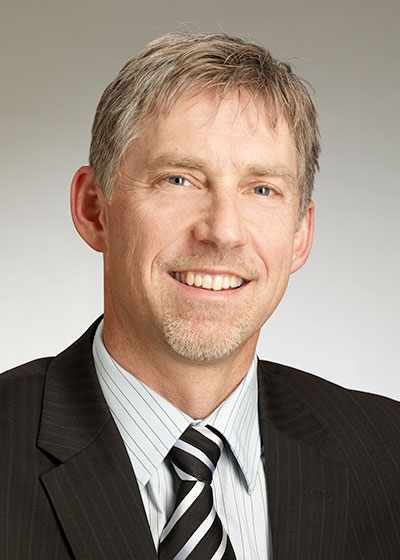 As a PCG director, Cal Dirks says that unless there is better regulation on a national scale, off-farm income will always be needed by pullet growers in Manitoba.

It’s an exciting time for Cal Dirks, and indeed, for all his fellow pullet farmers. They are in the process of applying for Part II Agency status, a designation that would ensure inclusion in Canada’s supply management system. It’s the most recent step on a journey that Dirks’ father began travelling, for the benefit of the family, decades ago.

Edward Dirks started the 10-acre family farm in 1962, at the same time he was working at a small leghorn hatchery nearby. The farm is situated just south of Steinbach, M.B., in a region that supports a vibrant mix of many types of agriculture. Edward built the farm’s first chicken barn in 1966 to grow a new breed of Babcock breeder pullets, the first in western Canada.

“It was a huge responsibility for him to take on so much debt in a very unstable time in the egg industry,” Cal notes. “My Dad raised two flocks, but then he had to look for new customers the year after. He worked very hard, sometimes holding down two or even three off-farm jobs to augment the very lean returns in the early years.”

And it was also in this time of uncertainty for timely pullet orders and a depressed egg industry that Marek’s disease hit the farm in the late 1960s, causing up to 30 per cent mortality. “A vaccine was soon available, but we also learned that along with careful cleaning and disinfection, we had to manage vaccine administration to be most effective,” Cal explains. “Today, all farms have mandatory HACCP-certified programs that have greatly improved consistency of practices and overall bird health and welfare.”

Things were on the upswing by the early 1970s with the establishment of supply management in Manitoba, with pullets included. Cal’s parents were very grateful for better returns.

“This allowed them to focus more on the pullet operation, working just one full-time school bus run,” he says. “They were also always very active in their church community, and very generous to share what they had – produce from a big garden, and fresh beef and milk from a very small herd.”

Cal was 14 when he began to get seriously involved in chicken farming. It was 1974, and he and his brother-in-law, with his father’s help, built their first cages.

“The industry was more stable, with production numbers regulated, but price was still a negotiation,” he says. “But it was a good move. The cages doubled our pullet numbers to two cycles of 24,000.”

After leaving home for a bachelor of arts degree in biblical studies from Providence College University, Cal returned to the farm in 1983. He married Pauline, and the young couple purchased the family farm in 1987. With their four children, they decided to expand the operation to 72,000 pullets per year in 2001.

However, getting the required credit was a challenge. The Dirks needed to secure more off-farm income, so Pauline began a job hunt. They eventually decided to approach Farm Credit Canada, and completed the expansion in 2007.

In addition to running the pullet operation, Cal has driven school buses since 1984. Pauline does all the farm’s bookkeeping – and the chores when Cal is away at meetings – in addition to co-owning a small painting business, as well as being an avid gardener with a huge plot and a greenhouse. In Cal’s spare time, he coaches high school volleyball and plays acoustic guitar in the church band, as well as fishing for trout and bass in northern Ontario. Their four adult children all still help out on the farm at various times.

“Our son Stefan comes home to do the barn washing twice a year,” Cal explains, “and our girls Jess, Hali and Emily help with placing the day-old chicks, and then moving them to the top tier at one week of age.”

It was during the farm expansion, around 2005, that the Dirks family began to realize a change in the industry was needed.

“We knew we had to find ways of increasing returns to pullet producers to ensure a viable business in the future,” Cal says. He, Andy DeWeerd and three other pullet growers from five provinces met in Ottawa to explore the options, and soon began making plans to create Pullet Growers of Canada (Dirks currently serves on the PGC executive as treasurer).

“We knew a cost of pullet growing survey was required to better articulate the need for increased growing fees across Canada,” Cal notes. “The 2008-2009 survey results showed that we in Manitoba were $0.25- $0.50 per pullet behind what pullet producers were getting in Ontario and Quebec. It was clear that unless things were better regulated on a national scale, we’d always have to subsidize our operations with off-farm income.”

In 2010, the PGC made the decision to apply to the Farm Products Council of Canada (FPCC) for Part II Agency status. “This new status will make us a part of the supply management system, and give us the ability to implement stable production levels and pricing,” says Cal. “It will give pullet farmers the tools to manage their operations into the future, meeting the highest standards of food safety, animal welfare, and the environment.”

As of May 2013, the public hearings stage was finished. The two-person panel examining the application will now decide whether or not to recommend the attainment of status to the entire FPCC.

“I believe the next step is a recommendation to the minister of agriculture and cabinet approval,” Cal notes. “During this time, we will be working on a draft federal-provincial agreement that all parties can sign on to. There is a lot to be done yet before we gain our status, and it could proceed into 2014.”

Passionate about the Industry

Since 1997, Dirks has served as the pullet director on the Manitoba Egg Farmers board. Over that time, he has been the vice-chair of the board, and chair of the pullet committee. Dirks has also served on the working team to develop the Salmonella enteritidis insurance product for breeders, hatcheries, layers and pullets in Canada. He is a CEIRA (Canadian Egg Insurance Reciprocal Alliance) director and also sits on their Claims Committee. He also represents pullet growers on the Egg Farmers of Canada HACCP team.

“I enjoy raising pullets from chick to adult layer, and then seeing the customer happy with the high production my birds provide,” Cal says. “Relationships are very important for success.”