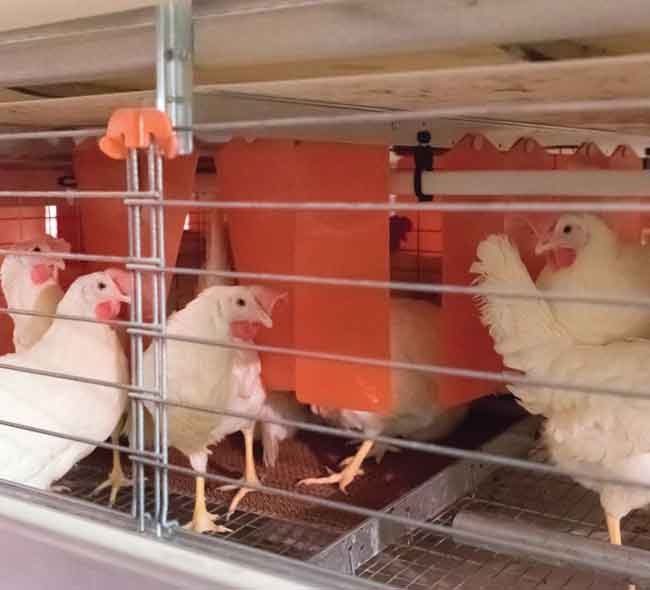 When we think of poultry research we tend to think of single-issue, controlled studies conducted in academic facilities. In the first of its kind, a multi-flock, multi-aspect study designed to evaluate and compare a range of sustainability elements in a commercial setting is just winding up. Final results were released earlier this year.

The Coalition for Sustainable Egg Supply (CSES) is a multi-stakeholder group which collaborated on the Laying Hen Housing Research Project. Facilitated by the U.S.-based Center for Food Integrity, CSES formed in 2010 to evaluate the sustainability of egg production under three different scenarios:  the conventional cage, enriched colony and cage-free aviary laying hen housing systems. The three-year study simultaneously assessed five elements of sustainability by evaluating the impact of each type of housing on; animal health and well-being, food safety and quality, environmental impact, worker health and safety, and food affordability. Co-led by top researchers in each of the five areas, the purpose of the one-time project was to provide meaningful science-based data to help inform future egg production and egg buyer decisions.

The Coalition is made up of 29 leading animal welfare, food safety and environmental scientists, economists, academic institutions, non-government organizations, egg suppliers, and major food retail and restaurant/foodservice companies from the U.S. and Canada. Canada has been well represented with the involvement of Egg Farmers of Canada, B.C. and Ontario Egg Producers, the University of Guelph, and Burnbrae Farms.  The $6 million study was funded through coalition members.

In a telephone interview with Burnbrae Farms representatives shortly following release of the CSES final report they said their farm’s involvement is just one more step in developing alternative housing systems that first began with Burnbrae’s introduction of free-run loose housing in 1998.

“We were quite interested in participating for a number of reasons” said Craig Hunter, Executive Vice President of Poultry Operations and Producer Relations.  “As a farmer we were interested in getting some much needed documented unbiased research.” He explained that while there has been research done in the EU on cage sizes and design, none of it has ever been as extensive as this research. “So we here in North America said let’s do research based on elements of sustainability.” Hunter notes that the five elements the Coalition identified have since become the standard for many of those involved in the North American supply chain.

What makes this study different is that it is the first study done on a large commercial setting and the first time that there has been a combined look at all five sustainability elements of housing systems by bringing together multiple disciplines. The Coalition is quick to point out that the study was a snap shot of production systems: Done with one breed, one type of equipment in one part of the country, using one set of management.

Ian McFall V.P., Industrial & Foodservice Sales, explained that there is a particular need for this information among the food service and ingredients side of the food business where buyers have had to make decisions about one housing type or another. “Grocery retailers can sell a variety of eggs under various housing types and then see what kinds their customers buy in the store. But Quick Service (fast food) Restaurants have to decide which way to go.”  Prior to CSES there was little research done on a commercial scale for the customers to rely on, he said.

Hunter says the project was timely because food companies were just beginning to adopt sustainability as a core element of Corporate Social Responsibility and yet there was no good definition of sustainably at the time. “So CFI and CSES defined it under these five elements which have become the basis of most company definitions today.”  Because there are still different interpretations of “sustainability” such as organic or environmental or animal housing, he said, “the coalition definition accounts for five elements and it’s the relative importance of these elements that has to be considered.“

Both men agreed that there were no big surprises in the findings saying they basically confirmed some of the things they had seen through their own experiences in the field. But now these findings are documented by independent experts.  “One is that scratch pads in the furnished housing have more downsides than benefits,” said Hunter. The birds don’t use them for scratching but rather use them as a resting place and so they become very dirty, are difficult to keep clean and result in dirty eggs. On the other hand, he noted the birds did use the nests in the enriched cages with up to 97% of birds using them and that perches were also used to a high degree, especially at night.  “A small surprise in this study was that the birds performed a bit better in enriched cages than conventional cages, although we haven’t found any difference in our barns.”

Labour costs found in the study were higher than anticipated and Hunter speculates that could be due to more time spent by employees initially learning how to manage the enriched and aviary systems and that those barns have a larger footprint in order to accommodate the same number of birds so more time needs to be spent in the barns.

He said it is also important to recognize that due to economies of scale and the competitive nature of the business the US production model is based on large flocks which require hired staff with more birds per person at a lower wage rate than smaller Canadian farms which are mostly managed and run by the farm owners themselves. He said this “personal” involvement means that Canadian facilities tend to be more productive. Burnbrae’s own experience is that the two alternative systems can raise labour costs by about 50% for enriched systems and by as much as three times for cage-free aviaries.

McFall explained that they have been providing updates and results to their major buyers and will continue to communicate those results. He said that generally the reaction has been very positive because buyers have been looking for this sort of information.  Some buyers, he said, may have been hoping for clear cut results that would identify the “best” type of housing although that was never the intent of the project.

The purpose of the research was to identify the trade-offs in all three types of housing that retailers can use to determine for themselves the housing system that offers them the benefits they are looking for. According to both men, while some grocers and fast-food companies have offered a small percentage of alternative eggs to appease their critics still 94% of eggs in Canada are raised in conventional cages and it will take time to change housing methods even if the marketplace demands it.

The study provides opportunities to not only better communicate with buyers but also points to opportunities to do further research on some identified issues. “It really is a good basis for explaining to the average customer what the decision points are and what the issues are and at the same time laying some ground work for further studies,” said McFall.  Hunter added that it could prove to be useful information in the Code of Practice update currently underway and for future policy changes by marketing boards.

Perhaps most important, this new multidiscipline research model may be useful for other segments of animal agriculture. Buyers are asking for similar research for other animal products now that the egg study has been completed, said Hunter who also sits on the CFI board. Commercial-scaled research that is consistently based on five recognized sustainability criteria can only help the food supply chain make decisions down the road.