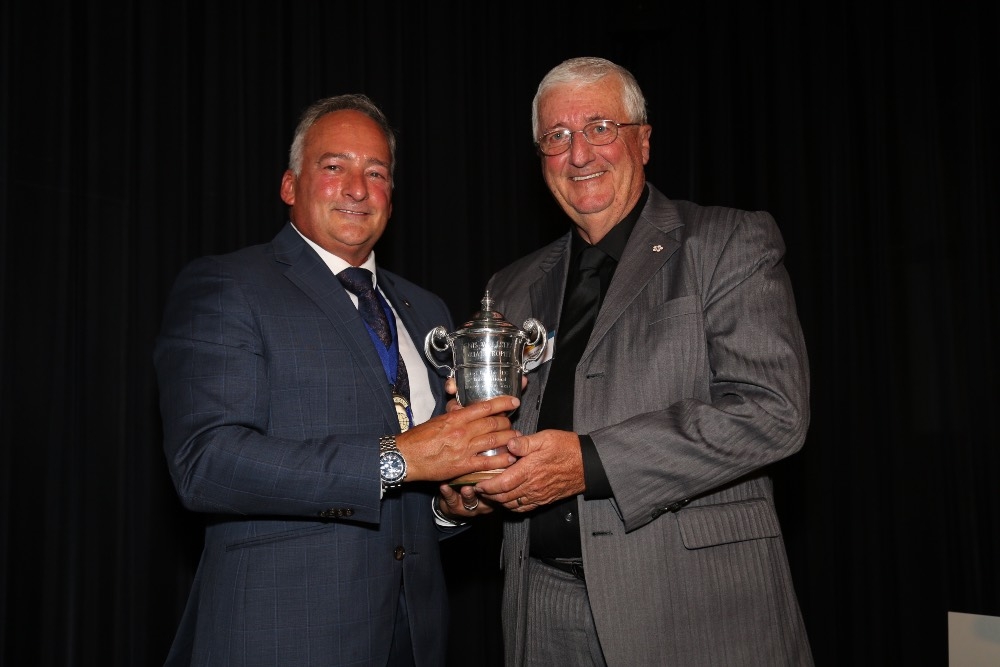 The award recognizes individuals who contribute to a thriving future for the egg industry.

Clarke, who owns Skyview Farms in Nova Scotia’s Annapolis Valley with his wife, has been active advocating for the industry both nationally and internationally.

In a press release, Egg Farmers of Canada CEO and IEC president Tim Lambert highlighted some of Clarke’s achievements.

“Peter’s dedication to agriculture runs deep, and his passion for the egg industry is very apparent,” Lambert says.

“Throughout Peter’s farming career, he has been a regular on numerous industry organisation boards showcasing his commitment to the success of the wider industry.”

Lambert presided as chair of Egg Farmers of Canada from 2001 to 2007, where he helped to guide the organization towards notable achievements, such as launching a Canada-wide on‐farm food safety program.

He also helped set a new course for egg farmers in Canada through a national housing transition to phase out conventional production methods as well as created several research chairs within universities, which continue to focus on key issues facing egg producers in Canada.

“Peter firmly believes in the concept of social license, and that as farmers we owe it to consumers to be transparent about how our foods produced, sharing knowledge of what producers do on farm, which has contributed significantly to the success of the industry in Canada,” Lambert adds.

“He was instrumental in helping to bring egg production to Project Canaan in eSwatini through his work with the International Egg Foundation and is a very worthy recipient of the Denis Wellstead Award.”

For an in depth profile of Clarke, click here.