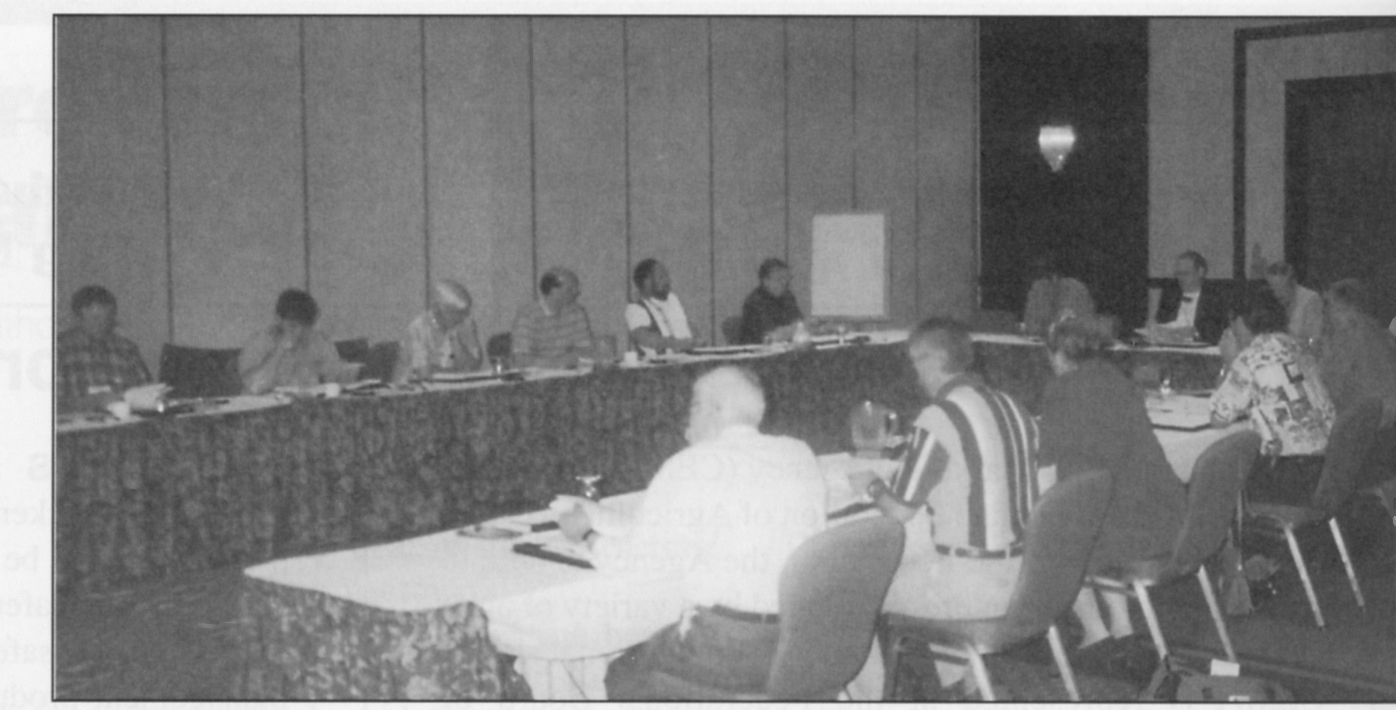 The CEMA board of directors will meet in Ottawa July 22-23 to try and find a solution to a dispute over how to accommodate production of eggs for industrial processing and products that tied CEMA in knots at its June directors’ meeting in Charlottetown.

By the scheduled close of the board’s open June meeting nothing had been resolved and board Chairman Felix Destryker shelved other items on the agenda.  “I don’t think we can continue this meeting (until this is resolved),” he said.  There was no sense in dealing with a proposed name change, the schedule for future meetings or other business “when we might not have a system,” he said.

An extension of the meeting into Wednesday resulted in the establishment of a working group and scheduling the group to report, with recommendations, to the directors’ meeting in Ottawa.  At the June meeting, it was proposed that a Manitoba “grow for” program,designed to produce eggs for the growing industrial market be accommodated as overbase quota.

That, however, was unacceptable to Manitoba and others and was eventually tabled by the board. Manitoba Director Frank Friesen said: “Back home we are on the hot seat.” He said that CEMA had seemingly approved “grow for” in March.

In discussions at home in Manitoba, he said we told politicians and others that “grow for” had been approved by CEMA. But we come back in June and are told that it isn’t settled and more time is needed.

If the program doesn’t go forward “we will be seen as going back on our word,” he said. “Call it a trial program. Let national negotiations proceed,” he said.  “Surely we can accommodate this program on a trial basis until we have a national program,” he said.

From a Manitoba perspective a solution is essential because “some Manitoba say under supply management this will never happen,” he said.

Raymond Laplante of Quebec said if 10 provinces had agreed to the “grow for” program it would have been fine, but Quebec didn’t agree. Quebec doesn’t believe it is proper for producers to pay higher levies in support of a program from which they receive no benefit.

Because of its objections to the proposed “grow for” program Quebec has been withholding levy payments. Quebec’s share of national industrial product demand is about 3.5 per cent compared with 37 per cent in Ontario and 31.5 per cent in Manitoba. Alberta Director Charlie Van Arnam said the board had to find an answer.  “I wonder what the producers back home would do if they knew how flippantly we play with their livelihood,” Van Arnam said.

Laplante said the March resolution was to define the process. Now, we need figures for the quota system. If people work in good faith the issue can be resolved quickly.  Pieter Vanderpol, a CPEPC representative said: “What I heard last time was that we were going ahead. Now, we are going backwards with another trial program.”

There is demand for the production of one million birds right now, he said. In two years, it is projected to be 2.2 million. “If you could supply processors with 1.5 million boxes processors would buy them right now,” he said. “Processors need to know: Are we going to get eggs or are we not?” But Neil Currie said the Manitoba proposal was unclear.

In March, “the principal was approved but the numbers were subject to approval by the agency, but we haven’t seen hard numbers. What we’ve seen is that we would like to get a “grow for” program up and running sometime.”

“We have not seen hard numbers. When will the placements take place, how many placements will be made, how will the production for processors fit in with our supply programs? We don’t have those details yet.

I would suggest that until we do know those details the numbers should not be approved and certainly not on an open-ended, uncertain basis. That’s what overbase quota and that’s what orderly marketing are all about,” he said.

Gordon Hunter, an egg producer from New Brunswick, got into the swing of things during a social gathering at the CEMA directors’ meeting in Charlottetown. (Photo by Linda Boxall, vice chair of the National Farm Products Marketing Council)