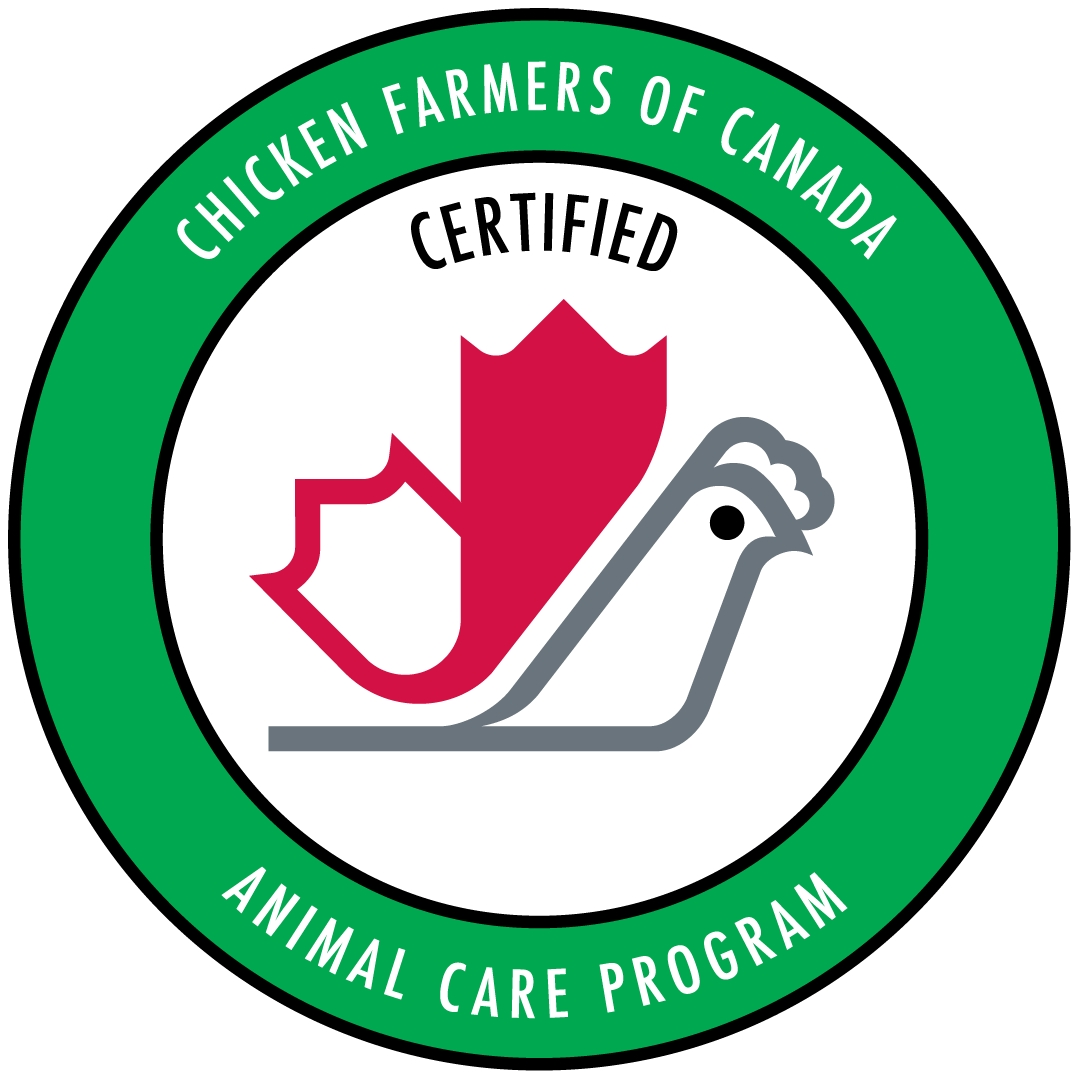 March 20, 2017, Ottawa, Ont – Chicken Farmers of Canada’s (CFC) commitment to animal care has been confirmed with the completion of a comprehensive third-party audit.

“The national Animal Care Program has been implemented effectively and maintained on an on-going basis,” stated NSF International in its report. “Animal care measures have been consistently applied.”

Under CFC’s Animal Care Program, audits are conducted annually on all Canadian chicken farms. It is a mandatory program with enforcement measures for issues of non-compliance and the program guarantees one national standard for consistency of requirements and recordkeeping on all chicken farms in Canada.

CFC has been administering a national Animal Care Program on all 2,800 broiler chicken farms across Canada since 2009. Since 2016, the implementation of the program by farmers and the effectiveness of CFC’s audit team are subject to an annual third-party audit. NSF performs the third-party audits using PAACO (Professional Animal Auditor Certification Organization) certified auditors to ensure the effective and consistent implementation of the CFC Animal Care Program.

NSF is an internationally recognized, third-party certification body, accredited by the American National Standards Institute to ISO 17065. Their auditors are professionals with years of experience performing animal care and food safety audits for the agricultural sector. Third-party audits were conducted in all provinces and more than 90 per cent of CFC’s on-farm auditors were evaluated.

The program has credible, science-based foundations in that it is based on the Code of Practice for the Care and Handling of Hatching Eggs, Breeders, Chickens and Turkeys, as developed by the National Farm Animal Care Council (NFACC). NFACC is a leader in bringing together stakeholders with different perspectives – farmers, veterinarians, processors, transporters, animal welfare associations, and provincial/federal governments – to develop robust and sound codes of practice.

NFACC’s code development process begins with a full scientific review, which is used to draft the code that then undergoes a public consultation process. In this way, all Canadians have an opportunity to contribute to the final code.

With the code of practice for chicken recently finalized in 2016, CFC has begun implementing the new requirements and is in the process of updating the Animal Care Program by engaging a group of competent experts using NFACC’s Animal Care Assessment Framework.

Looking forward, CFC will continue funding animal care research as a priority area – to enhance future versions of the code of practice and farm management practices.

In addition, CFC is petitioning the federal government to implement a recognition protocol for animal care in Agriculture and Agri-Food Canada’s next Agricultural Policy Framework, similar to the successful on-farm food safety recognition protocol. Such a recognition system would leverage the work performed by NFACC and organizations such as CFC that are implementing one auditable, mandatory standard to effectively demonstrate the level of animal care on Canadian farms.