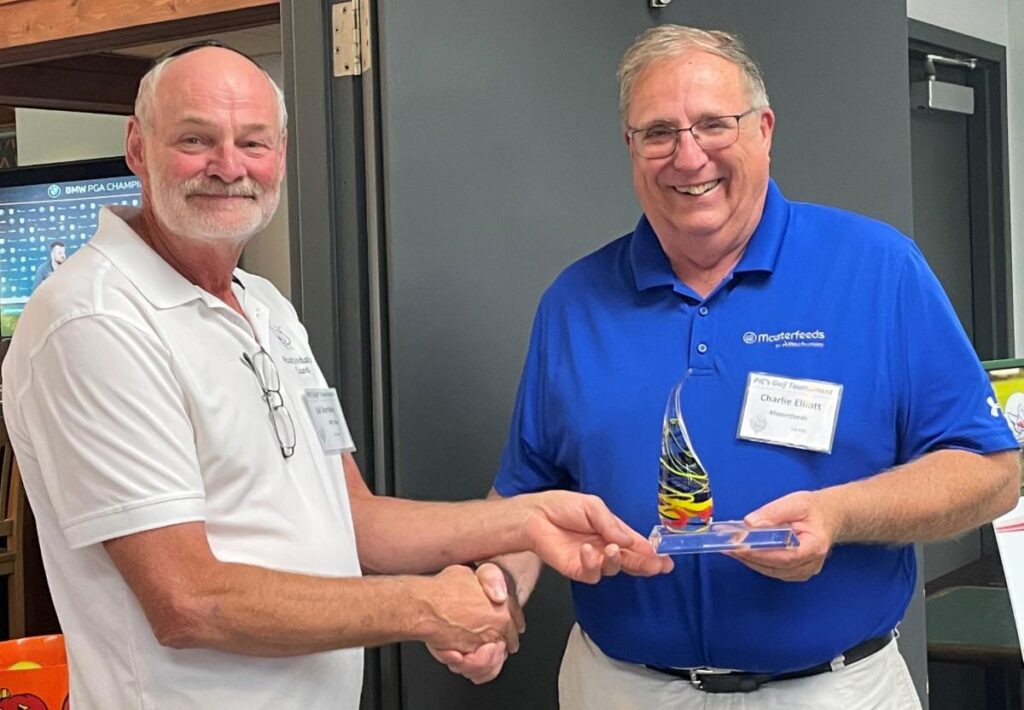 Charlie Elliot (right) was surprised to learn he was the second winner of the “Ed McKinlay Poultry Worker” award for 2020.

With members of his family in the audience along with the attendees of the Poultry Industry Council (PIC) annual charity golf tournament, Charlie Elliot was surprised to learn he was the second winner of the “Ed McKinlay Poultry Worker” award for 2020.

The award recognizes an individual who has made a significant and lasting contribution, or has given outstanding service to the poultry industry, which as a result has moved the industry forward.

Elliot has been working in the industry for over 43 years primarily in feed inputs, starting a long career after graduating from University of Guelph and taking his first job at a small feed mill outside of Ridgetown, Ont.

Over his career, Elliot has been recognized as an advocate for education, extension and making the best information accessible for Ontario poultry farmers.

Up until recently he was an active member of the PIC board serving two long terms with a special focus on helping new poultry producers get going in the industry.

He is described as having an immense curiosity for staying ahead of new information and technologies, and wanting to actively engage in driving improvements at the farm level through ongoing learning and sharing.

Now working as the Ontario Poultry Sales Manager at Masterfeeds, Elliot is joined by his son Ian Elliott at Masterfeeds as the Swine Business manager.