Checking in with the CPEPC 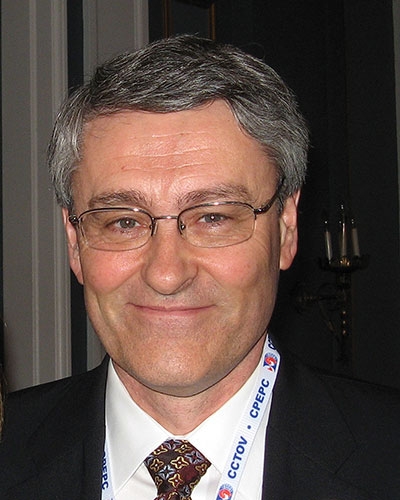 Looking back on 2013, increased animal activist pressure and work on new food safety regulations were key focus areas for CPEPC. Robin Horel, CEO, talks about the goals of the organization through 2014 and beyond.

The core issues of supply management, food safety, animal welfare and animal health are the focus of activities for the Canadian Poultry and Egg Processors Council (CPEPC) in 2014.  This stems from the recent completion of the organization’s strategic plan, a real milestone for 2013, says CEO Robin Horel in a New Year’s interview.

“Finalizing and implementing our strategic plan is a real success for us in the last year. It’s administrative, but it was a real process to work through and get a plan and goals for the organization in place that all members in all provinces and all sectors could agree to,“ he says. “We’re now beginning to implement the plan, which sets our mandate and will govern our activities for the coming year.”

CPEPC is a voluntary industry trade association that represents approximately 170 poultry and egg processors, egg graders and hatcheries, as well as close to 60 associate members that include industry partners and suppliers. Now in its 64th year, the organization’s membership represents over 90 per cent of Canada’s volume in chicken, turkey, eggs and hatcheries, and includes all of the major industry participants.

“The tie that binds all of us together is the poultry industry and supply management,” he says, noting that membership numbers have been fairly stable in recent years. “What makes us different from other national commodity organizations is that they represent the farmers and we are the next step in the chain. We are customers of the farmers, with the exception of the hatcheries who are suppliers to chicken, egg and turkey farmers.”

Horel and his staff of five spend approximately half of their time working on lobbying and advocacy specific to supply management, and the remaining time on other government relations activities, including working with the Canadian Food Inspection Agency (CFIA), Health Canada, Agriculture and Agri-Food Canada (AAFC) and International Trade Canada.

The new CPEPC strategic plan is built on four pillars, and three mirror the supply management pillars of the national feather agencies – price setting powers, the authority to set supply and production at a level that matches demand, and addressing the rules around poultry imports. CPEPC’s fourth strategic pillar is focused on continuing to build trust with customers and consumers, both in general and on key issues such as food safety, animal welfare and animal health. One such issue is the threat of Avian Influenza (AI), the biggest disease threat facing poultry at the moment. Horel says the industry has made a lot of progress on AI preparedness since the 2004 outbreak, including work on zoning, surveillance, cleaning and disinfection procedures, and containment and elimination protocols in case the disease is found in Canada.

Looking back on 2013, increased animal activist pressure and work on new food safety regulations through CFIA and Health Canada, as part of the new federal Safe Food for Canadians Act, were key focus areas for CPEPC.

“Food safety is and always will be a huge issue for us. Animal welfare is also becoming a bigger and bigger issue, so we have to work closely with the feather agencies, AAFC and CFIA on a number of animal welfare files, including animal health issues around disease,” he said.

To address these issues, the organization has invested time and energy into the National Farm Animal Care Council, is working with CFIA on transport regulations and is also collaborating with customers who have requirements for animal welfare audits in processing plants. However, Horel says that the biggest challenges for his members last year were allocation and supply setting, particularly for chicken.

“The commodity boards have the power to determine production levels. Last year, in our opinion, they got it wrong and produced too much chicken for the demand, and when that happens, prices go down to get it through the marketplace,” he explains. “My members have invested a lot into this system as well so it has to work for us not just farmers. We had expected a good year for chicken in 2013, but it didn’t transpire.”

ALLOCATION KEY
Getting that allocation right is the number 1 priority for both chicken and turkey for 2014, he says, adding that generally CPEPC would like all of its members to have more ability to influence the annual allocation numbers.

Overall, 2014 will see CPEPC increase its focus on government relations and building the organization’s profile, especially with respect to influencing the modernization of supply management. Horel believes that if that’s not done, the industry will quickly become at risk of losing the consumer and government support the system currently enjoys, which will jeopardize its future existence.

“We need to modernize supply management to keep it going and we want to be a positive agent for change in that process. Government supports supply management through trade deals, but to keep that, in our opinion, we need to keep that consumer licence for our system,” he says. “Consumers need to support allowing farmers in every province to produce poultry and to make a fair return doing that. We believe consumers will continue to be supportive if they feel the system is working.”

Horel says that 2014 will also be a big year for regulatory change driven by modernization efforts at the CFIA. He sits as a member of an ad hoc advisory committee with CFIA senior management that is providing input into the regulatory changes during the development stage.

“This is driven by a real need to ensure that food is safe and if we get it right, it will be good for all of us. Anything that [helps] consumers have high confidence in poultry products is a good thing, but we have to make sure it is done correctly and that the burden is not unwarranted,” he said. “The amount of change that CFIA is working through is impressive and I’m pleased to be part of that process.”