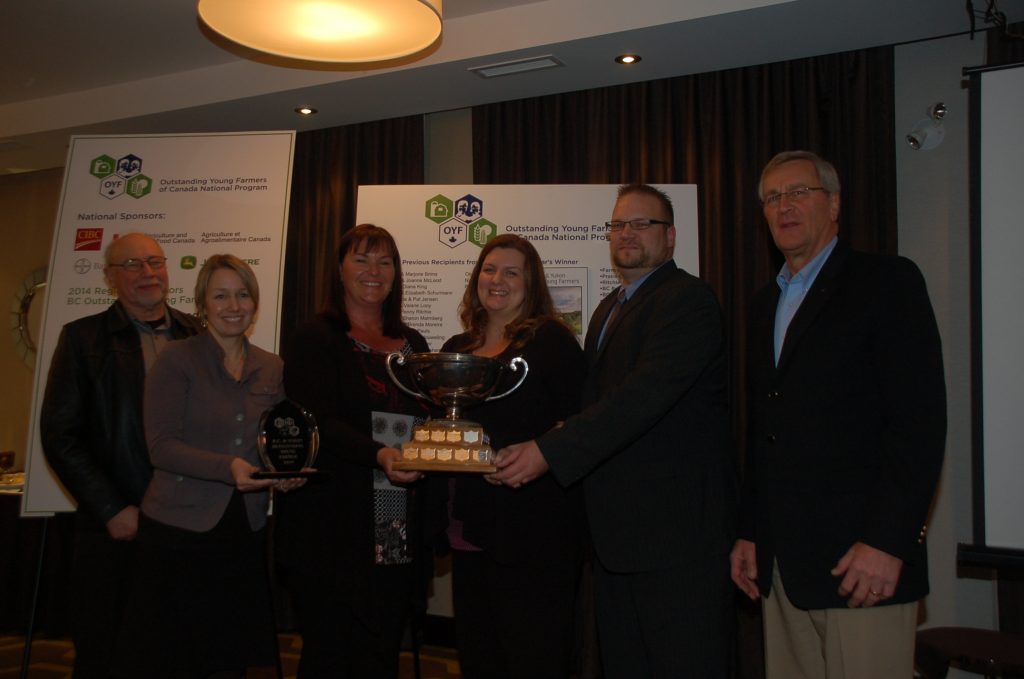 Froese’s parents began with a broiler breeder and raspberry farm, later adding a broiler farm. After Froese began managing the farms in his teens, the family converted the entire operation to broilers.

“Having multiple barns in multiple locations made management a challenge and cleanout of the barns after each eight-week growing cycle long and difficult,” Froese recalls.

While producing 1.9 million kgs of chicken/year might be enough for most, Froese’s passion is to be an “AGvocate” for supply management and for young people in agriculture. He is a founding member of B.C. Young Farmers and president of the Canadian Young Farmers Forum.

After serving as vice-president and president of the B.C. Chicken Growers Association, Froese was elected to the B.C. Chicken Marketing Board in 2013. His efforts to promote agriculture and willingness to poke fun at himself were clearly evidenced when he played the villain in the extremely popular You Tube “Chicken Squad” videos the BCCGA produced last year.

To be eligible for the Outstanding Young Farmer award, farmers must be between 19 and 39 years and derive at least two thirds of their income from farming. Nominees are judged on conservation practices, production history, financial and management practices, and community contributions.