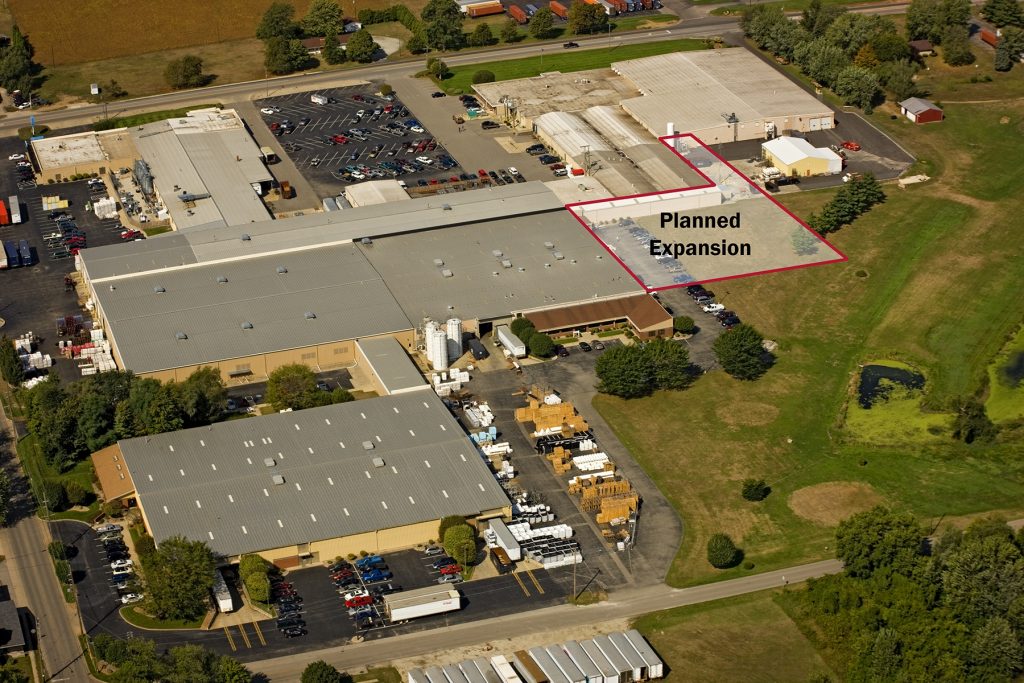 November 13, 2014 –  Chore-Time Group, a  division of CTB, Inc. recently announced its plans to expand its manufacturing operations at its headquarters in Milford, Indiana.          Chore-Time will invest $7.11 million to construct and equip a 45,000-square-foot (4,180-square-meter) addition to its existing 350,000-square-foot (32,500-square-meter) facility in Milford.  The addition, which is expected to be operational by the middle of next year, will allow Chore-Time to increase its manufacturing operations and add storage to support growth in global demand for Chore-Time’s poultry, egg and pig production systems.The last expansion to Chore-Time’s Milford operation was in 1994, though CTB has had other expansion projects in Milford in recent years, including an expansion to CTB’s Brock Grain Systems division plant in 2007 and the purchase of a manufacturing and office facility for CTB’s PigTek Americas division in 2012.  Chore-Time also has facilities in Alabama, the Netherlands and Poland.