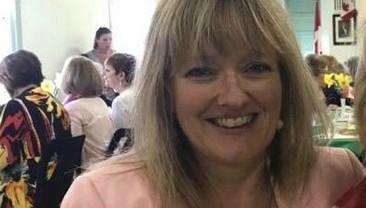 Cindy Huitema is an egg farmer from Haldimand County, Ont. In her Cindy Egg Farmerette blog, she shares her journey from conventional housing to building a new enriched housing facility.

Since my first article, I’ve come up with my “author” name – Cindy Egg Farmerette. Like it?

This time, I’ll add a little more about our present set up, task sharing and, of course, discuss what we’ve accomplished in the last month for the new site.

As a reminder, this blog is all about our journey from conventional housing to building a new Farmer Automatic enriched housing facility.

My husband Nick and I contribute fairly equally to the present workload for our egg business.

We gather eggs by hand at the front of the barn, with the cooler right beside where we make stacks of trays of eggs and, eventually, the full skid of 60 stacks of eggs.

I do probably 95 per cent of the record keeping, animal care checks and all of the bookkeeping.

I absolutely refuse to do the manure – that’s Nick’s job. With the majority of our equipment being 21 years old, the manure removal apparatus has several quirks that only he knows how to operate.

He monitors the amount of feed to order with the help of our salesman Neill Vroom from Masterfeeds. We’ve stayed with this feed company since the beginning.

I also work one morning a week for a lawyer and “retired” last year from teaching piano one day a week at Dunnville Christian School after doing this for 25 years.

Our two youngest children attend post-secondary schools and help on the weekends that they’re home. Our two oldest moved out in July to Hamilton, Ont. They have full-time jobs and will help when we need them.

Cindy Huitema is an egg farmer from Haldimand County, Ont. In her Cindy Egg Farmerette blog, she shares her journey from conventional housing to building a new enriched housing facility.

In the last month, Nick has had to find workers willing to clear the barn site with him. His hired man was in a motorcycle accident and could not work while he healed.

He found a couple of guys to help for a few days here and there and managed to get everything cleared from the former farrow-to-finish pig barn that we’re converting.

The backhoe operator he had lined up was busy. It seems everyone in the construction industry is busy as well!

He was going through his contacts on his cellphone and remembered that his long-time friend Bill that we visited in the summer showed him the backhoe he had bought.

He asked him if he was interested in picking up some extra work and he agreed. He is a helicopter pilot, former dairy farmer and is sometimes home for weeks at a time.

Nick also moved pieces with his loader tractor, managed any helpers and split concrete pieces with a sledgehammer. He also ordered loads of crushed stone for under the concrete floor and for rodent control along foundations.

And Nick hired a bobcat with a jackhammer on the front to break thick concrete into smaller pieces. Lots of this was done in the beautiful stretch of weather that we had, but when the rain came one October day, we got soaked with four inches. Everything just had to sit for a few days!

The concrete contractor was supposed to be here the beginning of October, but we are still waiting for him. This is holding up the start of the actual building. The builder had called two months ago to warn us to order trusses right away, as there is a backlog.

The photos I’ve included are of the new driveway with concrete pieces and the backhoe and tractor working at the old pig barn site.

I hope you continue to follow along and see what happens in the next month.