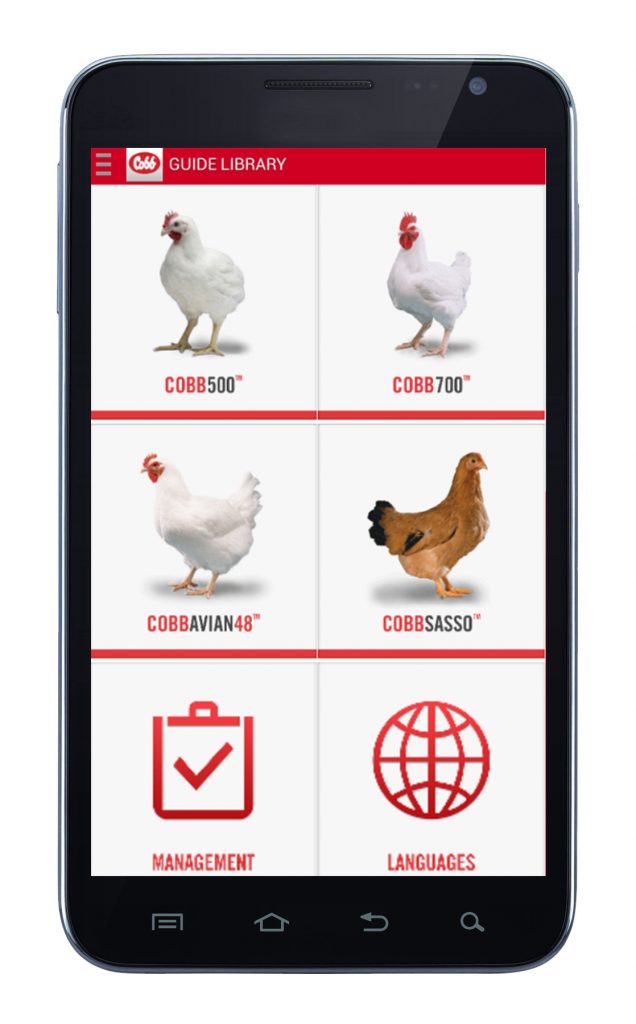 June 23, 2014 – Cobb-Vantress has released a new Android mobile application, the latest phase in the company’s global digital strategy. This newest app joins an iPhone app released in 2013, the redesigned website (http://www.cobb-vantress.com) and other social media initiatives which comprise “Cobb Connection,” a digital communication system developed to help the company’s customers and people in the field.

Until now, Cobb Connection has only been compatible with iOS devices.  The Android platform, the most widely used platform worldwide, will serve the company’s vast global customers and employees. Roger Vessell, Cobb Director of World Marketing, noted in a release the app connects Cobb’s customers throughout the world, providing access to the latest information for the management of Cobb products.

Clark Baird, North American Marketing Manager, noted that this addition ensures users outside the U.S. have the same Cobb service wherever they are in the world. “We keep innovating new ways to connect with our customers allowing them access to information when they need it”.