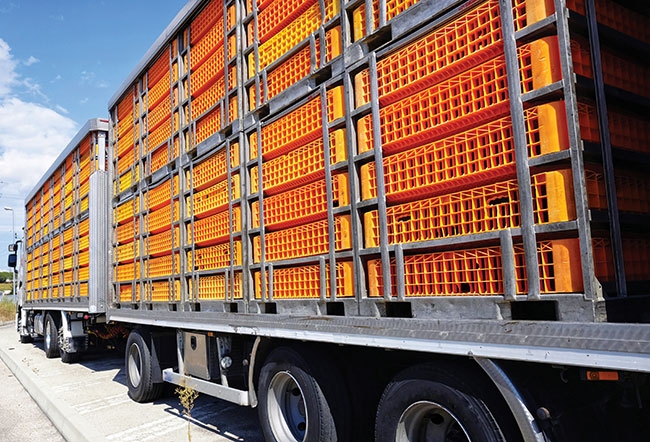 The Canadian Poultry Research Council (CPRC) approved funding for the first welfare research project it co-funded in 2006. That project investigated poultry transportation issues with the objective of identifying approaches to minimize stress on the birds during shipping and transportation.

The research was conducted by Trever Crowe from the University of Saskatchewan, who continues to study various transportation aspects and develop approaches for producers, transporters and processors to enhance poultry welfare.

Industry has continued to support welfare research as one of its most important research priorities. That’s because CPRC’s member organizations identified it as a main concern through annual funding calls for proposals.

It’s also a major part of the three poultry science clusters that CPRC has administered on behalf of industry. The program, initiated by Agriculture and Agri-Food Canada (AAFC) a decade ago, has had a major impact on agricultural research and has been a significant benefit to the Canadian poultry sector.

New funding
AAFC announced a third poultry science cluster in May. This supports more than $10.5 million dollars of research through both AAFC research facilities and Canadian universities.

It includes another $1.5 million in knowledge transfer and cluster-related expenses. Funding includes over $8 million from the federal government with most of the rest from industry. The third cluster focuses on four areas of research: Antibiotic stewardship; food safety; poultry health and welfare; and sustainability.

While antibiotic stewardship was the overarching concern for industry and governments, welfare remains an important research priority. This support is clear from the continuing backing for welfare research in the new cluster.

Comparing clusters
While the investment in welfare research has increased 20 per cent between the second and third clusters, comparing the welfare projects provides some interesting information.

This large project includes three researchers who had projects in the second cluster and a fourth researcher without experience of the poultry sector but with specialized knowledge and equipment.

The three researchers who were included in the second cluster are continuing to investigate some of the components of their previous projects in the new cluster. The new researcher provides expertise that brings together components of the research from the other three subprojects for analysis, a critical step in the overall research project.

These disciplines include genetics, engineering, human health and other biosciences. The cooperating scientists bring specialized knowledge to allow a project to examine broader questions being asked by industry and the research community.