Research shows promise as a protein source in chicken diets. 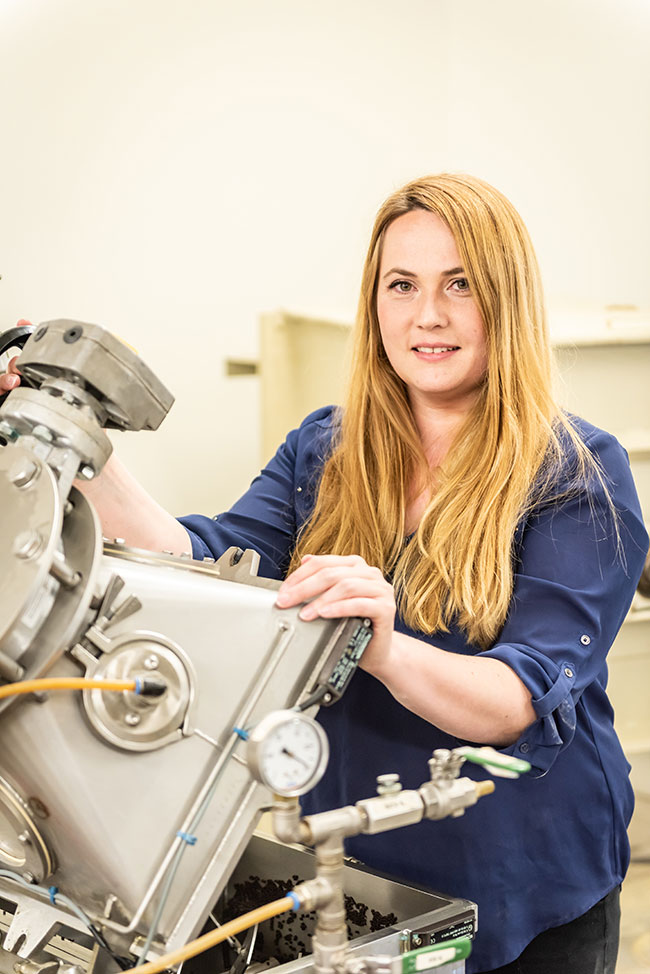 A recently completed study at Dalhousie University shows cricket meal has potential as a protein source in Canadian broiler chicken diets. Crickets aren’t yet on Canada’s list of approved feed ingredients for poultry, but this research is an important step towards receiving that approval, says Stephanie Collins, Associate Professor in Monogastric Nutrition in the university’s Department of Animal Science and Aquaculture who led the project.

“The main issue here is food security and in the case of poultry producers, that means affordable and available feed ingredients,” explains Collins. “Especially now, we are seeing drastic changes in feed costs and competition for feed ingredients from other industries, so we need to have more available alternatives to choose from when formulating diets for poultry.”

Poultry naturally consume insects so adding crickets as an approved feed ingredient – the Canadian Food Inspection Agency (CFIA) approved the use of black soldier fly larvae in poultry feed in 2019 – is a powerful way to give the poultry industry additional tools, she adds.

Assessing digestibility
Collins’ work included two different trials, but both were conducted at the Atlantic Poultry Research Centre on Dalhousie’s faculty of agriculture campus in Truro. A digestibility trial, which went towards the master’s work of graduate study Holly Fisher, looked at different types of cricket meal products compared with black soldier fly meal and a control group of soybean meal.

The trial included 320 birds who were fed the experimental diets for 21 days. Between days 15 to 21, students collected manure from the birds and analyzed it for nutrient composition and energy and calculated apparent available nutrients.

The birds performed well across all test ingredients, and results were comparable in digestibility and protein profile. “The most important thing was it generated data for formulation using oven-dried and freeze-dried cricket. Both are a good source of protein although at 40.4 per cent available protein, oven-dried was higher than freeze-dried,” Collins says.

Evaluating impact on bird growth
The accompanying research was a growth trial where birds were fed different levels of dried and ground cricket meal in non-medicated feed diets. Cricket meal made up 15 per cent, 10 per cent, five per cent and zero per cent of the broiler chickens’ diets and their meat quality was evaluated at the end of the trial. It ran for a 35-day production cycle and included 624 birds. There was no detrimental impact on bird growth at any of the cricket meal levels, as well as no difference in intestinal lesions, nor any detrimental impacts on meat quality.

Additional research needed
More research trials will need to be done to gather enough data for CFIA review and approval of cricket meal in broiler chicken rations. Collins says there is also potential to investigate suitability in laying hens or turkeys, as well as looking at the potential that other insect components could offer poultry production. There is also interest in other insect species like mealworms too.

“We could investigate different bioactive compounds, extract them and see if they have other attributes that could be beneficial – this could especially be of interest for raised without antibiotics production,” she says, adding that protein concentrates could also be an alternative to ground crickets. “Insects present a lot of potential for the poultry industry but also for people who might want to go into cricket production.”

Cricket meal was approved for broiler chicken diets in the European Union about a year ago, and Collins believes the Canadian industry can watch and learn from developments in Europe while waiting for it be given approval for use in Canada. Already, producers eager to experiment with insect protein can opt for black soldier flies.