October 18, 2019
By By the Canadian Poultry Research Council

October 18, 2019By By the Canadian Poultry Research Council 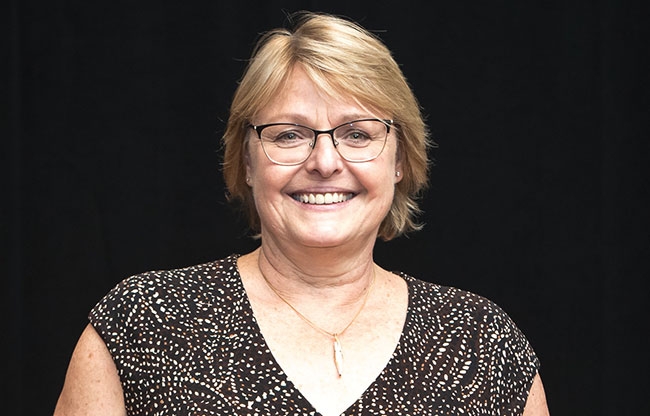 University of Guelph’s Tina Widowski will lead a team of researchers looking at the potential impact of housing changes on layers.

As part of the Poultry Science Cluster III projects, Egg Farmers of Canada (EFC) has sponsored important laying-hen welfare research led by Tina Widowski at the University of Guelph. The project is titled Identifying developmental determinants of successful behavioural adaptation and musculoskeletal health of egg-laying hens.

In order to cover all the project objectives, four subprojects have been developed with their specific hypothesis, objectives and design.

Subproject #1: Rearing pullets
The first subproject, managed by Widowski, is titled Effects of rearing pullets in different styles of commercial aviaries on their physical and behavioural characteristics. The success of egg-laying flocks depends to a great extent on hens’ adaptation to their housing system. For hens in a non-cage system, there are greater risks for injuries and mortality compared to cage systems.

This subproject will compare the effects of rearing birds in different styles of commercial aviaries on behaviour and musculoskeletal development. The main difference between styles of rearing aviaries is the amount of enclosure and 3-D complexity provided to chicks during the first few weeks of life, affecting their early opportunities for exercise and exploration.

In all styles of rearing aviaries, the enclosures are eventually opened to provide pullets access to litter, terraces and ramps, but this usually does not occur until four to six weeks of age.

Subproject #2: Lighting
The second subproject, Effects of light intensity on activity patterns of pullets and their ability to negotiate space and furnishings, is managed by Karen Schwean-Lardner at the University of Saskatchewan. The overall objective of this section of the project will be to determine the effect of light intensity on activity patterns, locomotory abilities, behavioural characteristics and musculoskeletal development of different strains of pullets housed in non-commercial aviaries.

Although the researchers expect differences in use of space, patterns of locomotion and activity levels in different styles of rearing aviaries and by different strains of bird, they also know that activity patterns of pullets and layers are significantly altered by light intensities. However, little to no work has been done on the effect of light intensity on the behaviour of pullets or on their willingness to negotiate complex perches or complex space.

University of Guelph’s Tina Widowski will lead a team of researchers looking at the potential impact of housing changes on layers.

Subproject #3: Locomotion
The third subproject is titled Wing use and disuse hypothesis: the missing link to understand keel bone damage in adulthood and managed by U of G’s Alexandra Harlander. This section of the project will focus on the biomechanics and physiology of locomotion and effects of muscle use upon keel bone damage in the adult laying hen. Scientists will use robust experimental protocols to manipulate use of different muscle groups, in particular, the two major muscles that control the wings (pectoralis and supracoracoideus).

Subproject #4: Bone adaptation
The fourth subproject, Effects of age, strain, exercise and circadian rhythm on skeletal mechanoresponsiveness, calcium homeostasis and bone quality, is managed by Bettina Willie and Svetlana Komarova at McGill University. The objective of the project will be to test the hypothesis that bone adaptation to mechanical stimuli and calcium homeostasis are affected by chicken strain, age and exposure to exercise.