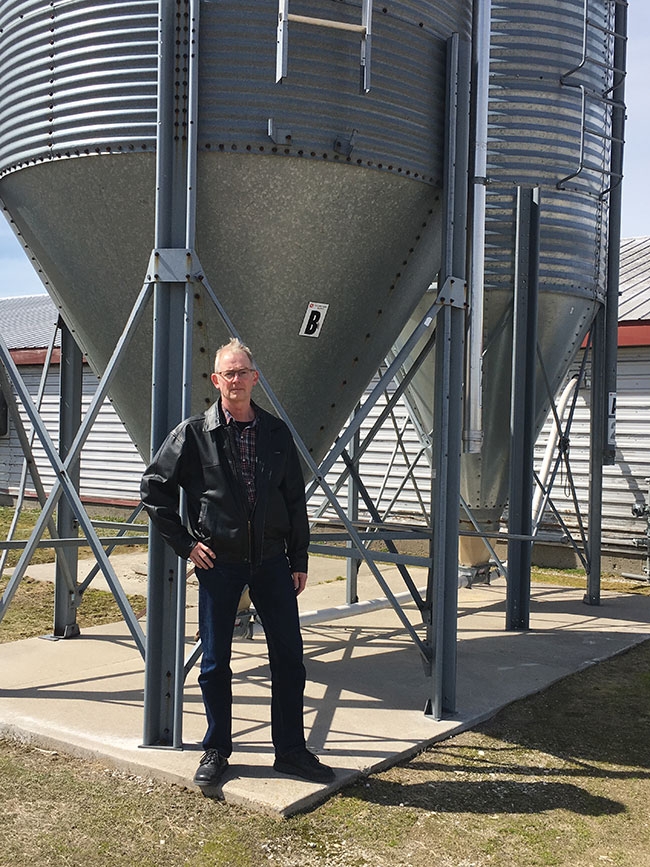 If you’ve been paying attention to energy efficiency developments in Canada’s poultry industry, you’ll know the name Bill Revington. Indeed, he’s had a long career as an energy efficiency innovator. As he was preparing for his April retirement from his role as general manager of farm operations at New Life Mills in Hanover, Ont., he sat down with Canadian Poultry  to reflect on his achievements, share his best tips and predictions for the future.

“One thing I’ve learned about energy efficiency over my career is that little things can make a big difference,” he says. “In the past, electricity was relatively cheap, and it was the initial investment in energy-saving improvements that was expensive. Fluorescent lighting was more expensive than incandescent, for example. But now, electricity is the third or fourth largest expense item in poultry production after feed and bird cost, and I think the price is going to continue to rise. The good news is, compared to other expenses like feed, birds and wages/benefits, it offers the greatest number of trimming opportunities.”

Revington advises producers to start monitoring operational electricity use and asking questions, if they haven’t already. “Collect data about your operations and study it,” he says. “You can use small measurement devices that show you what a motor uses, for example. Older fan motors can be terribly inefficient. Every time I’ve measured things, it’s been very instructive. If nothing else, it helps you understand how much of your bill is going towards certain things.”

Big users of electricity, like submersible pumps, could be running continuously due to leaks or faulty check-valves, but Revington says you would never know without monitoring (through having a time accumulator installed by an electrician, for example). Timers on big motors, like those on manure-
drying blowers, can also be added to minimize peak electricity use (if your province has such a fee system).

Besides monitoring, Revington points to a lot of small things producers can do on a regular basis to trim their electricity bills. Cleaning heaters and fans weekly, for example, will ensure top efficiency. Gas heater plenums should also be cleaned regularly to ensure a good burn and minimize fire risk. Another idea is to install timers or motion sensors on lighting in stairwells, sheds and more.

Optimizing LEDs
Revington recognizes that, by now, most producers are reaping the benefits of installing LEDs. However, he isn’t sure if those same producers are getting the usage correct. He says he was shocked at how much LEDs can save, up to 80 per cent, even after he first crunched the numbers some years back. “But you have to make sure you match your bulbs to the dimming equipment employed,” he reports. “A lot of good work has been done on this and with a bit of homework, you can achieve huge savings.”

Indeed, if producers don’t do their homework, the LED lights they choose could end up costing them money. “We know that hours of light, intensity of light and the nature [or colour] of the light is critical to good performance in pullets and layers,” Revington says. “Many of the newer LED bulbs produce wavelengths that birds can see but humans cannot, and can make the light appear much brighter to birds, to the point of discomfort. This can cause production problems that are easy to miss. A light meter that measures wavelength and variables such as flicker [which birds abhor] is a really good investment.”

He adds that most LED bulbs do not dim in a linear fashion, and that some high-efficiency LEDs need to be dimmed to 50 per cent or less in order to reach the intended lux levels. When you replace your incandescent bulbs with LED, he advises that dimmers should be calibrated against a meter to ensure that correct settings are used.

Bill Revington, who recently retired from New Life Mills, had a long career as an energy efficiency innovator in Canada’s poultry industry.

Beyond electricity
Around 2005, Revington got the go-ahead from New Life Mills to install an automated system in one of the firm’s turkey barns. It dimmed and turned off light fixtures in response to varying levels of natural light entering the barn throughout the day. “We achieved energy savings of 60 per cent,” Revington says, “so it was really a big success. We worked with a local engineering firm. It was pretty exciting to win the award for it in 2007 (a Premier’s Award for Agri-Food Innovation Excellence). It really was quite thrilling to have recognition for our hard work and success with what was really cutting-edge technology at that time.”

The system was used in the only New Life Mills barn at that time that had curtain-walled sides. Because that property has since been sold, Revington is not sure if the system in still in use.

Revington also spearheaded the use of infrared tube heaters and they are now found in most New Life Mills barns. These systems radiate infrared heat down to bird level, and provide natural gas savings of 10 to 30 per cent compared to other heating systems. “One thing that was an issue was we were venting the exhaust from the heater motors into the barn,” remembers Revington, “and we had to work with outside firms to make sure the CO2 and moisture was being handled properly.”

A few years ago, New Life Mills also changed its handling of deadstock, a move that improved energy efficiency at the same time it reduced biosecurity risks. At that point, deadstock was being picked up and taken away. While the company considered on-site incineration, it deemed it too costly upfront and also in terms of ongoing operation. Instead, New Life Mills chose the BIOvator, an enclosed made-in-Canada composting system.

“We have three BIOvators now and it’s been terrific,” Revington says. “It gave us on-site control of the deadstock material and while the motor inside these units does use power to move material along and turn it, it’s allowed us to cut our freezer use significantly. We had two, three or four large chest freezers at most sites, running year-round, and we’ve been able to cut that back to one or two.”

Going forward, Revington thinks solar technology, now that it’s more advanced, will be something that Canada’s poultry industry will take advantage of. “Most barns have a lot of rooftop space and as the technology comes down in price and becomes more efficient, I think there will be significant opportunities for producers to benefit,” he says.

“Energy storage technologies are also improving. There are some really interesting things going on today that make me think that it may soon be possible for poultry operations to go ‘off grid,’ – if not entirely, then certainly in a significant way. Some folks are already doing this. Energy could become just one more farm commodity.”

Revington has been at New Life Mills for 29 years, and although it wasn’t always as an energy innovator, he has certainly made his mark in that position. He had actually started at the company as a nutritionist, then became head of that department, and then was offered the position of farm operations manager, which he has held ever since.

“It’s been my job to produce the product as economically as possible within the supply-managed system, to look for opportunities where we could make things more efficient,” he says. “New Life Mills has been terrific at embracing new ideas and putting investment into new technologies, and I’m pleased to say it has always paid off. It’s been a great company to be with, and I’ve had a lot of fun.”

Related
Energy Supplement: How to optimize energy use
Energy Savings: It’s all about efficiency
A Bright Idea
Energy savings